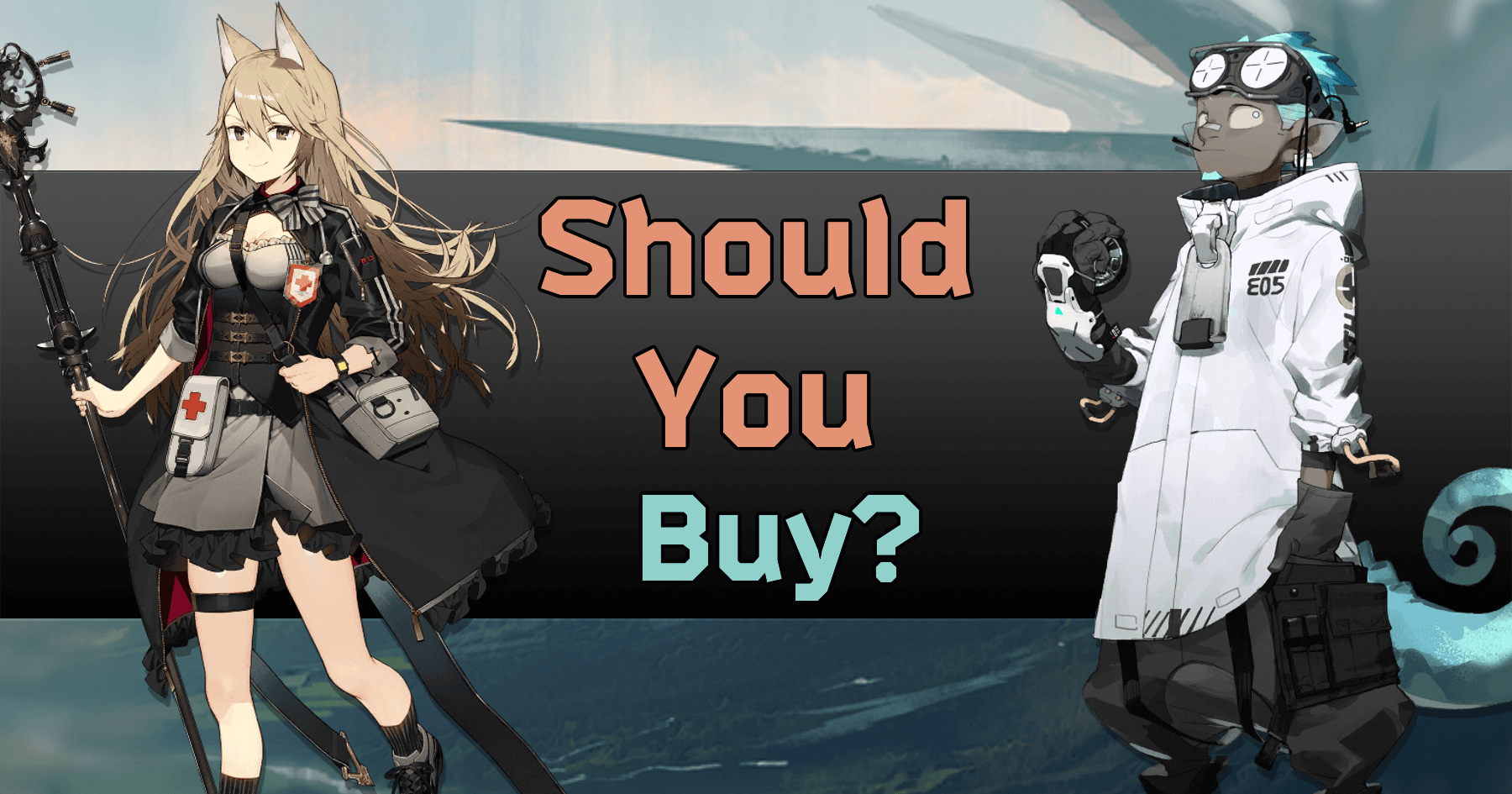 New Operators in the Store!

Should You Buy These Operators?

The earlier you are in your Arknights career, the more likely these Operators will be useful to you. Buying Dur’Nar is definitely worthwhile, as she only costs Friend Credits and buying multiple copies of her will give you Gold (1 for the first time recruit) and Green (30 for each duplicate 2-6) Distinctions, since she’s a 4* unit.

Breeze is an AoE Medic, but she lacks utility. Ethan is a strong Controller Specialist, but he can be unreliable. Ask yourself:

That last question is very important. One of the big reasons Breeze and Ethan are more debatable is the much higher Sanity costs of their shop currency. We’ll explain this in more detail after we introduce the three Operators in question.

+ Activating her Skills causes her to deal Arts damage

+ Her Skill 2 allows her to attack multiple enemies at once

- A Defender with no damage mitigation abilities

- Skill 2 only charges when she is being attacked

+ Skill 2 can allow her to heal allies outside of her range, with proper positioning

- Lacks utility, which is usually a hallmark of AoE Medics

+ Has Block-0 and reduced enemy aggro, so can avoid taking damage

+ Attacks all enemies in his range

- Squishy if he does take damage; vulnerable to ranged enemies

- Talent activation chance is low unless his Skill 2 is active (even then, it’s not 100% reliable)

Are They Worth The Cost?

First off, all three of these Operators are (at present) ONLY available in the store. You cannot pull any of them through Headhunting or Recruitment on CN servers.

Dur’Nar is available for Friend Credits, so she is easy to obtain. The fact that you get Gold (1 for the first time recruit) and Green (30 for each duplicate 2-6) Distinctions for buying her sweetens the deal even further. Buying her is a no-brainer.

Breeze and Ethan are available for Shop Vouchers. Shop Vouchers are the red certificates that you obtain by running the “Tough Siege” line of supply quests. Are these Operators worth the cost?

Will Dur’Nar, Breeze, and Ethan be made available in Headhunting or Recruiting in the future? We don’t know. So far, it hasn’t happened, so it’s best to assume that they won’t be and that this is your only way to obtain these Operators. 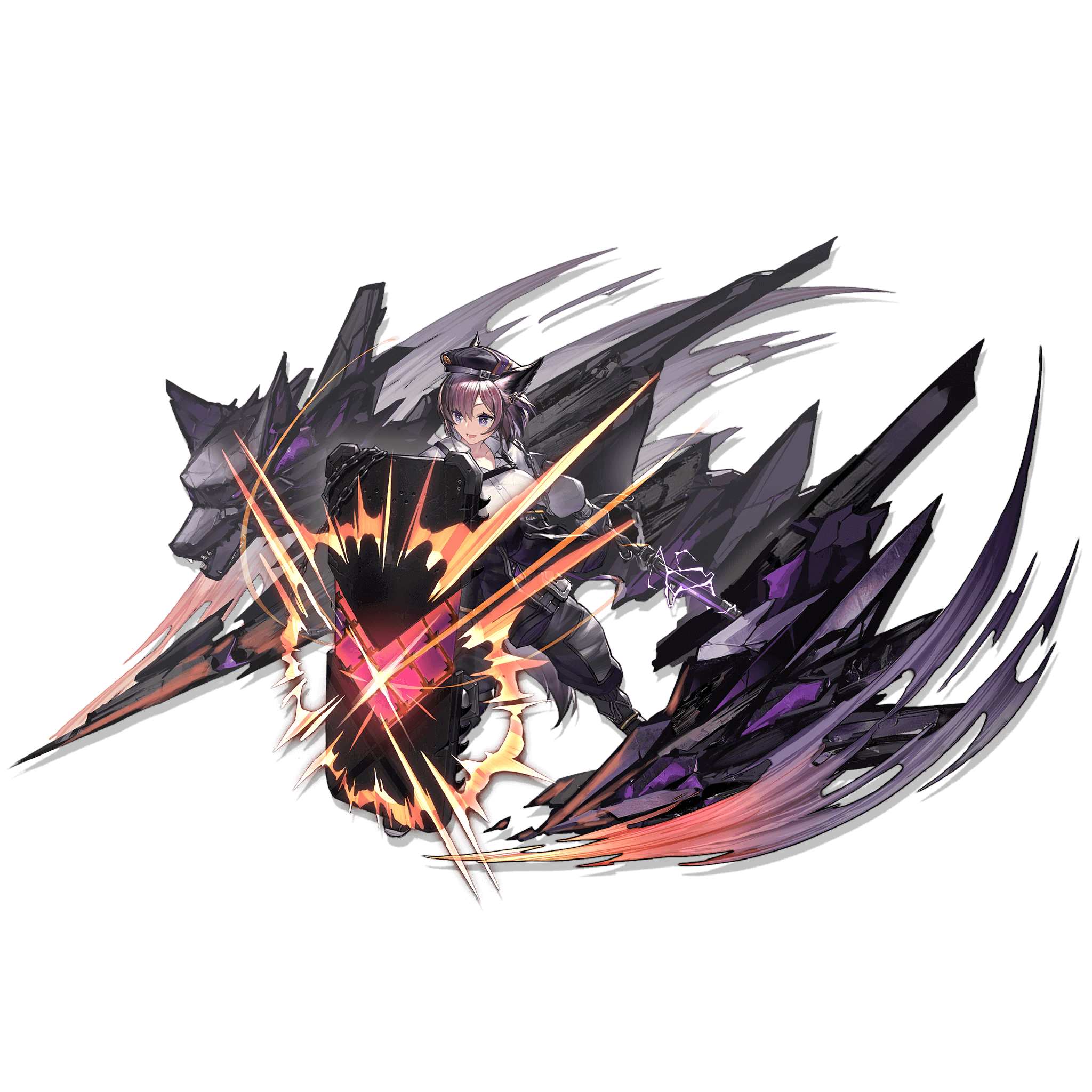 Dur’Nar is technically a Defender, but surviving enemy attacks isn’t really her strong point. Her strategy is to kill enemies before they can kill her by using her ATK-increasing Skills to activate her Trait: “Normal attacks deal Arts Damage while a Skill is active.” Her Skill 2 even allows her to attack multiple enemies, greatly multiplying her damage output.

If you need a strong Defender to hold the frontline for you, Dur’Nar isn’t really what you’re looking for. She has no damage mitigation Skills, and her HP and DEF aren’t that high. Think of her more as an AoE Guard, or even a short-range AoE Caster who can be deployed on ground squares. Her niche is an odd one, but she can perform quite well on any stage with floods of small, weak enemies that need to be killed quickly, or high-DEF enemies that don’t output high damage.

I recommend buying Dur’Nar, even if you aren’t going to use her, just to get the Distinctions. 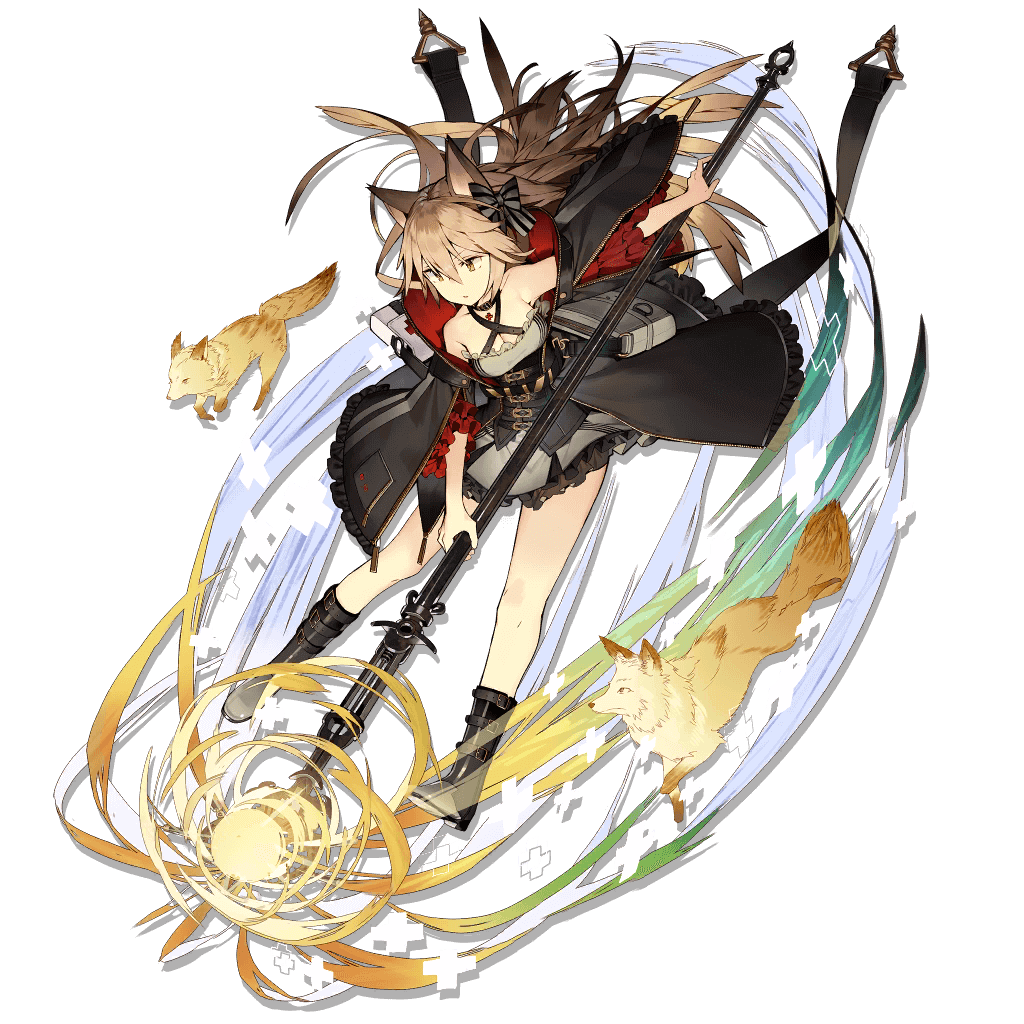 Breeze is an AoE Medic who has specced entirely into healing. Her Skills offer huge healing power boosts and change the scope of her healing in different ways, allowing her to tailor her healing output to different situations. She also gives allied Medic and Supporter Operators a Resistance buff while her Skills are active, reducing the amount of time they can be locked down by enemy crowd control.

Breeze is very strong, but her sheer healing power is rarely needed. Popular strategies usually involve reducing the amount of healing you need for a given battle, by either using damage mitigation or killing enemies more efficiently. Some bosses cannot be effectively tanked no matter how much healing you have, and weak enemies can defeat you regardless of your healing just by overwhelming you with their numbers. All of this makes Breeze a less convincing purchase than she may seem at first glance.

If you DO NOT own another AoE Medic, definitely buy at least one copy of Breeze. Many stages are much more difficult if you do not have an AoE Medic, and Breeze is a good one. She's also a good source of Clue 5 for the Reception Room, if that's of interest to you.

If you DO own another AoE Medic, I don’t recommend buying Breeze. Her healing is often overkill, so the utility of the other AoE Medics is usually more valuable.

I don’t recommend buying all six copies of Breeze, even if she’s your only AoE Medic. Buying two copies—one to obtain her and one to lower her DP cost by 1—should be sufficient. However, there are two situations where you might want to max Breeze: 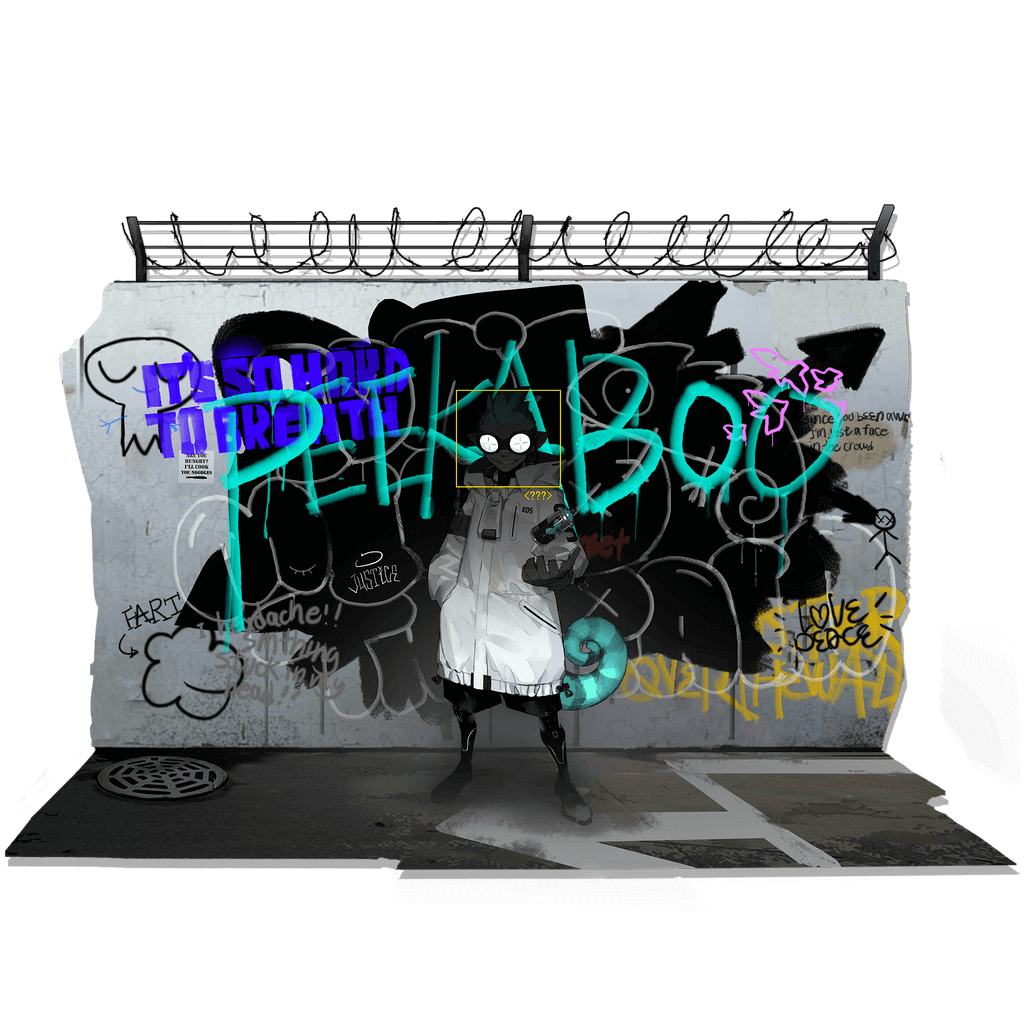 Ethan hides out in plain sight and smacks enemies around with his electrifying neon yo-yo, inflicting Freeze on random targets. His AoE attacks can Freeze multiple enemies in their tracks, and unless there are ranged enemies on the field, they’ll have a lot of trouble pinning him down to make him stop.

Ethan’s value lies almost entirely in his Freeze debuff. His ATK isn’t bad, but his slow attack speed limits his DPS, and having Block-0 means he can’t impede enemies unless his Freeze triggers (although it’s also what stops melee enemies from attacking him, so there are pros and cons there). His high DP cost can also be troublesome. However, he stacks excellently with other movement debuffers like Slow Supporters, Nightmare, or fellow Specialist Manticore, giving you more breathing room to generate DP, charge SP, or prepare your next move.

I recommend buying Ethan, especially if you don’t have Manticore. He’s got a lovable personality and he’s a great addition to a stall- or debuff-centric team composition. He is admittedly a niche unit, but his niche is very useful when you need him.

If you’re going to buy Ethan, I recommend buying two copies of him. The DP cost reduction is a really nice bonus, considering that his natural DP cost is rather high. Maxing him out for the -2 DP cost would be even better, but that costs a lot of Sanity, and his other Potential bonuses are not very useful. Only buy all six copies if he’s one of your favorite units.

Arknights: Maintenance Coming on 5/27 with "Preparation for New Event"

Which top operator, Saria or Ifrit?
I have the top operator tag in recruitment, and the accompanying tags can guarantee me…
Exchange yellow certificate?
Should i exchange my certificate for Ifrit? Or should i wait for someone else? I have…
Skadi level 1
This morning i tryed for the first time the Frost Nova mission. Knowing that people…
Diary of the Newbie Amnesiac
Ok, so I finally got bored enough with the still mostly-in-effect quarantine and…
Resistance, Resist and RES
Since the surging flame event, i am interested by Ceylon skill 2 which increase…
Read More