Arknights: Should You Pull? Forget Me Not: Rosmontis 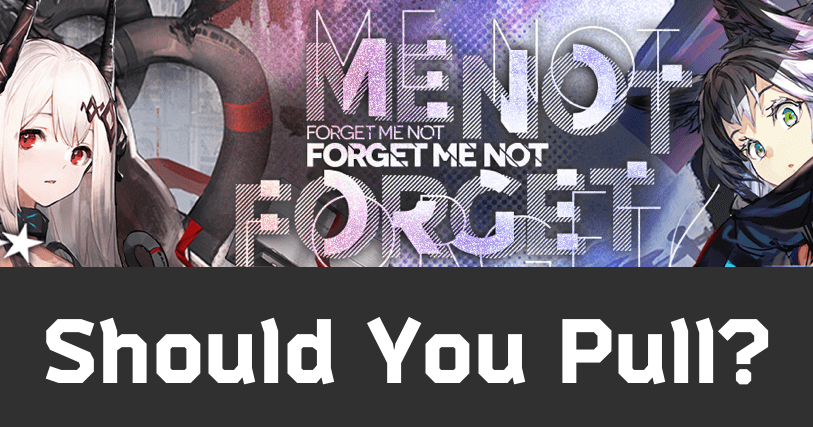 Test out your luck for this banner on our:[Forget Me Not] Summon Simulator!

Yes, but make SURE you know what you’re pulling.

You should not pull on this banner just because Rosmontis is limited. Be aware of what these Operators do and whether you really want them before you make your final decision.

That being said, it’s not a bad idea to do Headhunt x1 until pulling a 5★ or higher Operator, since one is guaranteed in the first 10 rolls.

= Attacks (including the splash damage) can only hit ground enemies

= Buffs the ATK of a random Caster ally when deployed (E2 Talent); hard to control, but a nice bonus when it applies

- While S3 is active, Rosmontis can only attack enemies that are blocked, so she can’t hit unblockable enemies (i.e., Ghosts) and may not be able to hit enemies that deal too much damage to be easily blocked (i.e., Hateful Avengers)

+ Talent generates “shield charges” over time; each shield automatically negates one instance of damage and heals Mudrock for a percentage of her max HP when triggered

+ Has very high base HP and ATK

+ S2 does AoE damage to ground enemies around Mudrock, may Stun targets, and recovers a percentage of Mudrock’s max HP

+ S3 makes Mudrock temporarily invulnerable and Slows all nearby enemies; after a delay, it Stuns nearby ground enemies and increases Mudrock’s ATK/ DEF/ number of enemies attacked for the rest of the Skill’s duration

= Has somewhat low base DEF for a Defender, but this can be countered by the shields from her Talent and the invulnerability/ DEF boost from S3

- Shield charges are automatically used, so they may trigger to block scratch damage and not be around when you need them

- S2 has [Getting Hit] SP charge type, potentially negating the healing effect, and is not a reliable source of Stun

+ S1 is an automatic Skill that charges quickly, increases the healing done, heals an extra target, and grants healed targets the Status Resistance buff (triggering her Talent for extra regeneration)

+ S2 is a permanent buff that increases Whisperain’s healing speed, increases the healing done by her Talent, and causes every heal she dispenses to grant Status Resistance (so every time she heals, she triggers her Talent)

= Very useful on stages where enemies are causing Cold, Freeze, or Stun because of her Status Resistance buff, but less appealing outside of this niche

= A lot of her healing potential is tied into the “healing over time” from her Talent; without it, her direct healing is not very strong

- Has no protection from Arts damage

- Even at max investment, her Physical Dodge isn’t guaranteed due to the way multiple sources of Dodge buffs stack 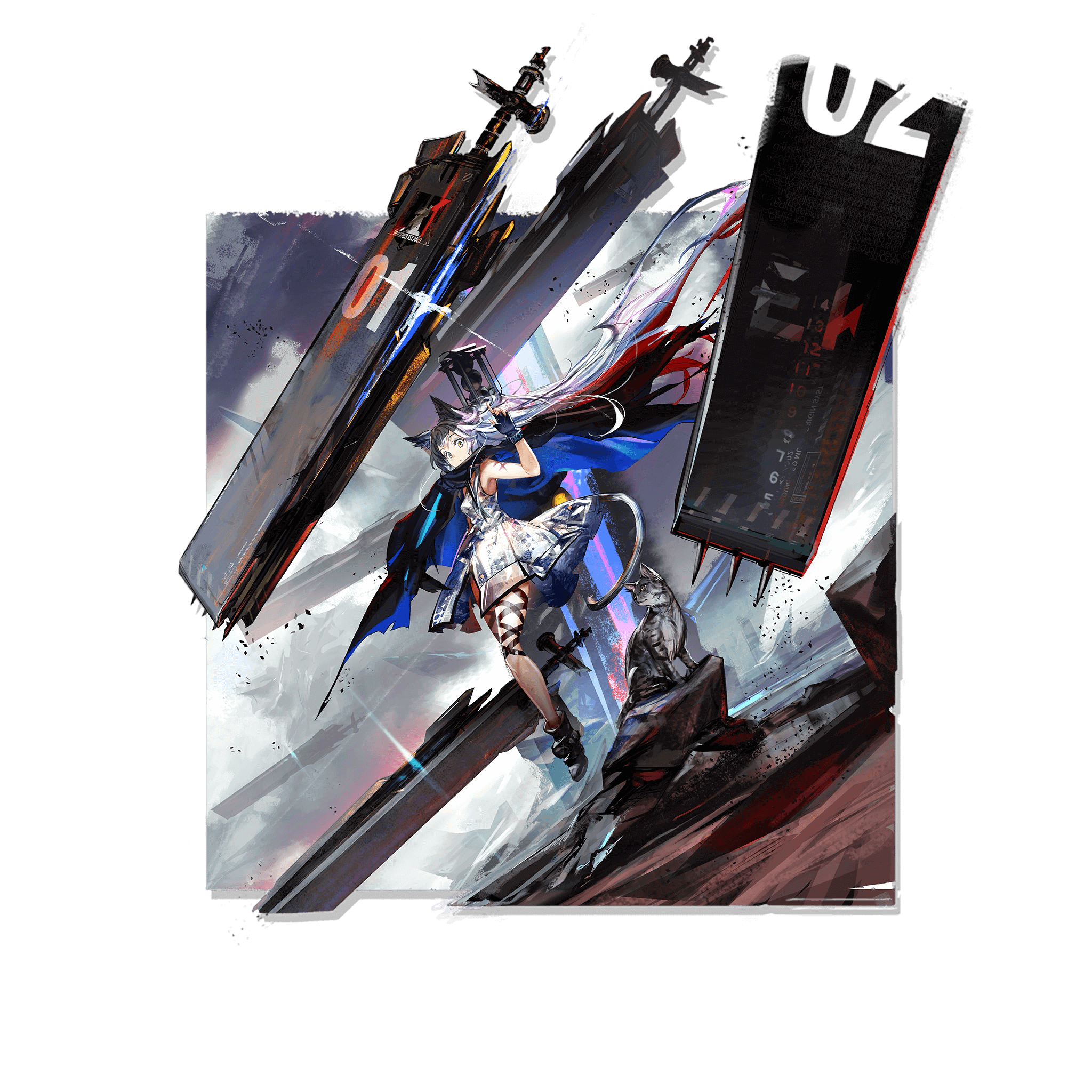 Rosmontis has been with Rhodes Island for a long time, but she’s only now being allowed onto the field of battle. Although technically classified as a Sniper, Rosmontis is really her own beast: rather than shooting arrows or bullets at ranged enemies, she uses her inconceivable psychic powers to slam slabs of metal down onto ground-based enemies. Her attacks are so forceful that they cause aftershocks in the area, damaging all targets twice! Able to ignore part of her enemy’s DEF, Stun them with her might, and deploy Tactical Equipment to focus her power, Rosmontis sweeps across the field like a force of nature, crushing anything and everything that threatens the safety of the people she cares about. 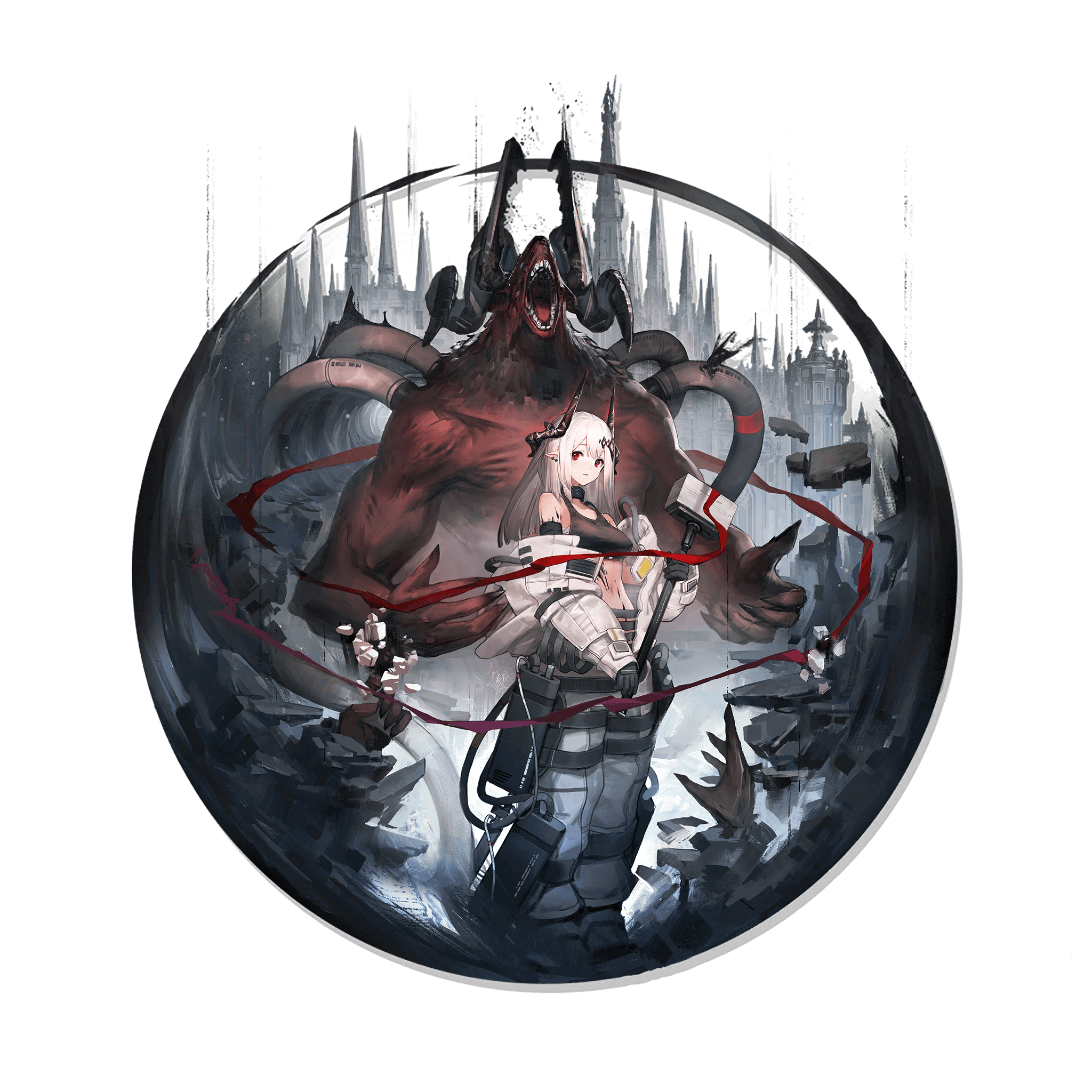 Mudrock was the big boss of the “Twilight of Wolumonde” event, where she was a colossal obstacle for unprepared players. Now Doctors can take revenge by leveraging Mudrock’s considerable power for themselves! As an Enmity Defender, Mudrock refuses to be directly healed by Rhodes Island’s Operators, relying instead on the unbreakable shields of her Talent and outright invincibility from her S3 to soak damage and survive. And the longer she survives, the less likely it is that her enemies will do the same; Mudrock’s mighty hammerswings can crush any opponent into gravel. 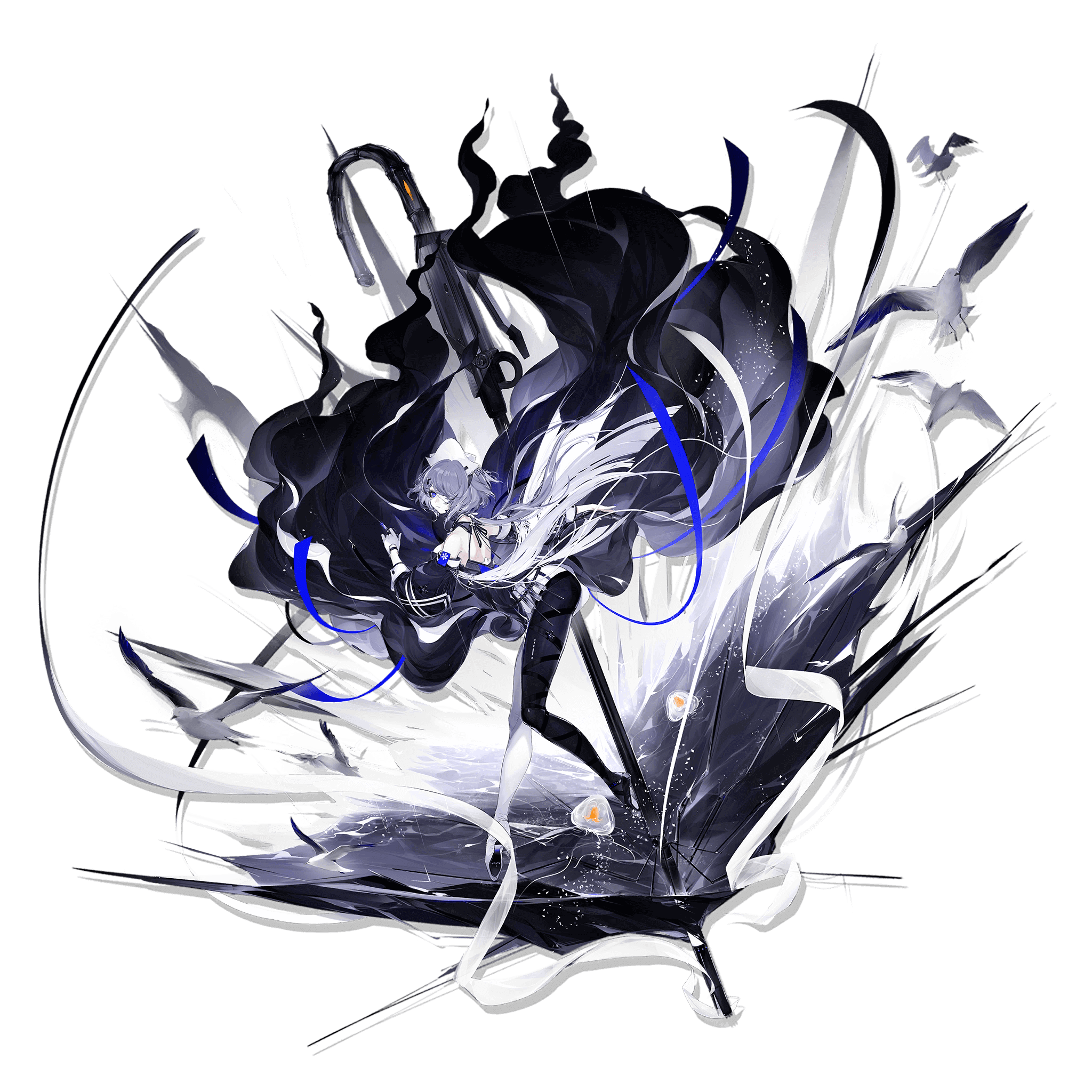 Whisperain knows that she is near the end of her life, and while death won’t be permanent for her, it will mean losing all her memories. She wants to stay away from others to avoid hurting them when she forgets who they are, but she was aided by Rhodes Island and wants to repay the debt. As such, her wide-range healing, passive regeneration, and Status Resistance buff are now at the Doctor’s service, sent from her umbrella as a fountain of healing seafoam until the wounds of her comrades are nothing but memories to be forgotten. 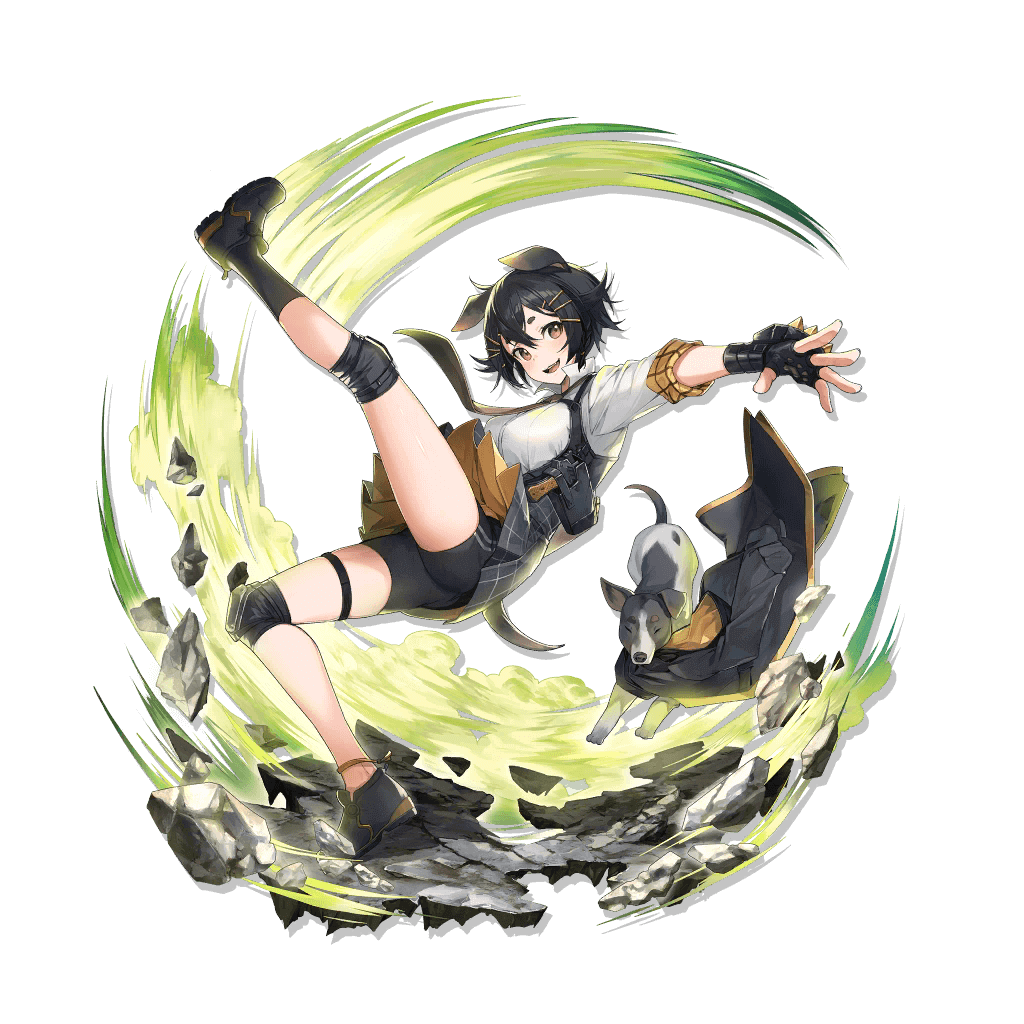 Jackie is the daughter of an honorable police officer who loves her deeply—enough to visit her at Rhodes Island, even though she is Infected. Knowing she has her father’s unflinching love and support allows Jackie to throw herself into battle time and time again, ready to punch evil-doers until they stop moving. She isn’t about to sacrifice herself needlessly, however; between her Talent and her S2, Jackie endeavors to Dodge incoming Physical attacks so she’ll be able to see her father again once the battle is over.