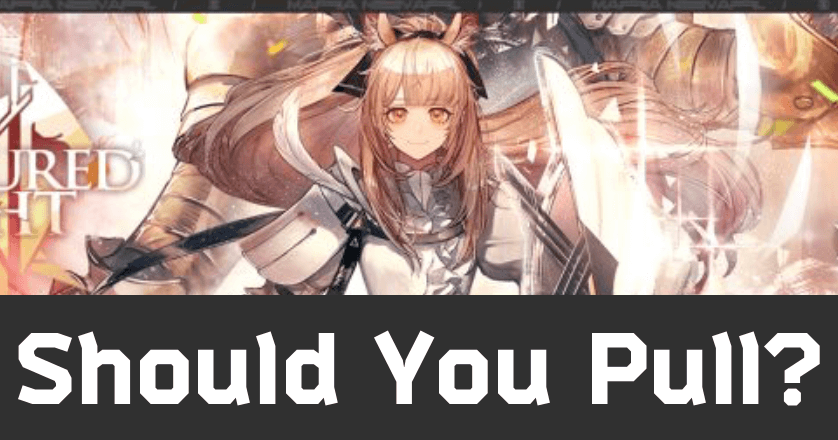 Test out your luck for this banner on our:[Fractured Light] Summon Simulator!

Probably not. Blemishine is a strong Healing Defender with a lot of offensive punch, and if you’re in need of a 5* Sniper then Platinum is a great choice. However, Bubble is pretty gimmicky and it’s hard to get good value from Aosta.

Neither Blemishine nor Platinum are “must-have” Operators, so even if you’re interested in them, you may be better off waiting for a more appealing banner. (Blemishine does have incredible synergy with a powerful upcoming Operator, so keep an eye out for that.) It doesn’t help that a lot of Doctors probably spent all their resources pulling for Surtr on the last banner and would rather save what they have left for the limited banner that should be coming very soon (we hope).

That being said, you might still consider doing Headhunt x1 until you pull a 5★ or higher Operator off this banner, since one is guaranteed in the first 10 rolls.

+ S1 deals bonus damage to one enemy, heals a nearby ally, and holds up to three charges

+ S2 causes Sleep to all enemies in the same tile as Blemishine and also regenerates HP for all nearby allies every second (works on “unhealable” Operators like Hellagur, too!)

+ S3 buffs Blemishine’s ATK and DEF; adds bonus Arts damage to her attacks; and heals a nearby ally every time she attacks

= Extremely high burst healing output, but not the most reliable healer, since she needs to be in combat to use her Skills reliably

- S2 and S3 are [Getting Hit] Skills; her Talent helps her charge them more quickly, but only by attacking enemies, so she still doesn’t charge them if not engaging with an enemy

- S1 and S3 only trigger when attacking enemies, so if equipped with either Skill, Blemishine can’t heal when not attacking

+ Usual archetype strengths: true-AoE attacks, deals increased damage to enemies in the row in front of the Operator

- Slow ASPD makes it hard to keep enemies in his attack range for very long without Blocking them, but Blocking them means he won’t inflict his Bleed

- Long activation time on S2, and until it procs, she is noticeably weaker than other 5* Snipers

+ Talent debuffs enemy ATK when she gets hit, reducing the damage she takes from subsequent hits

+ S2 greatly increases Bubble’s DEF and causes enemies that attack her to take damage based on her DEF (damage dealt can be increased by other DEF buffs, i.e., Shining or Nian)

- Outclassed in the pure Defender role by fellow 4* Defender Cuora, who is easier to obtain and has better damage mitigation stats/ Skills 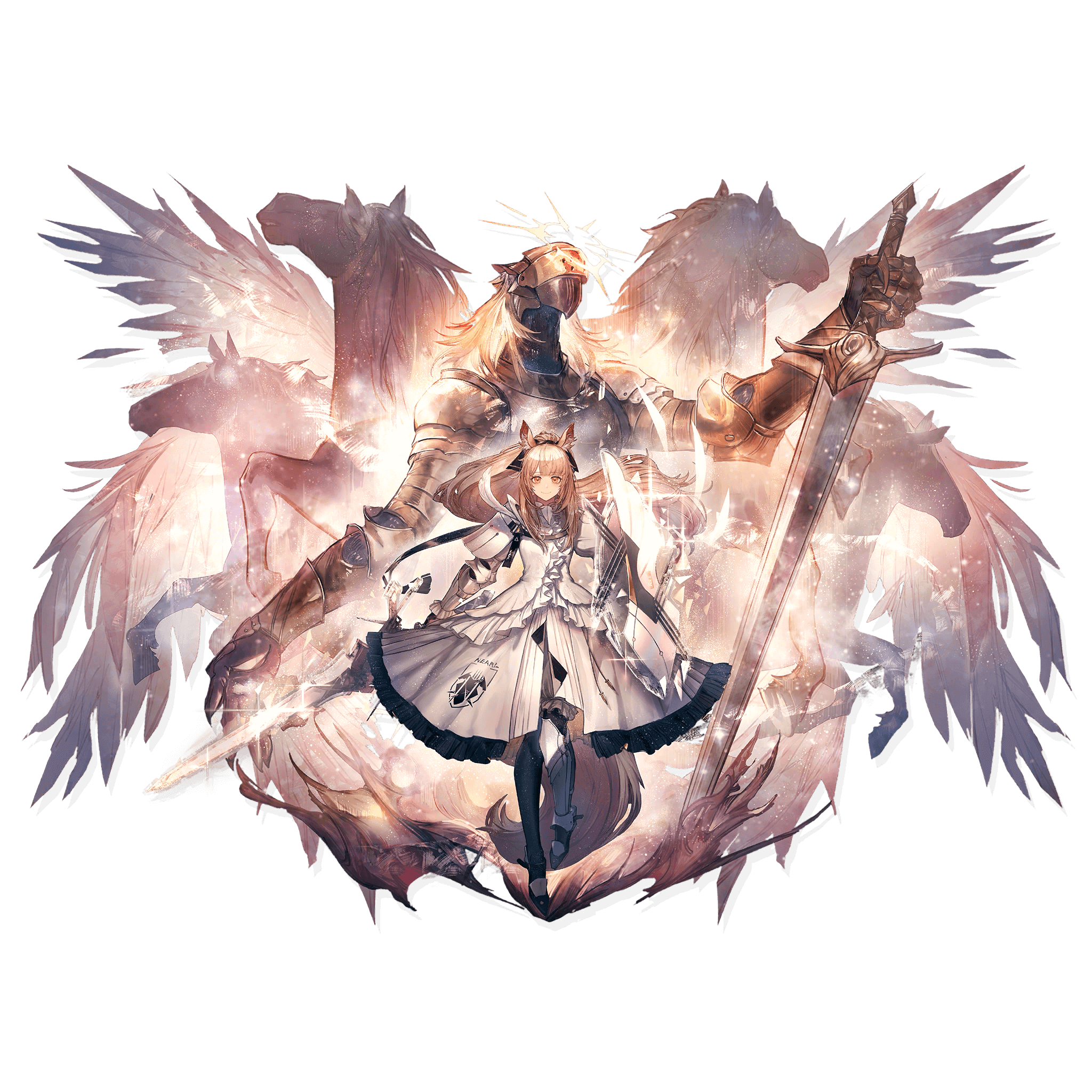 Blemishine knows firsthand that knights aren’t as noble as the world likes to believe they are. This might be why she’s okay with striking down Sleeping opponents, who are normally immune to damage! Most Healing Defenders wouldn’t be good for this job, since the archetype typically has low DPS. However, Blemishine is no ordinary Healing Defender. All of her Skills offer some form of damage increase (her S3 has two!) while still extending healing support to nearby allies. If you’ve ever played a Paladin in a table-top or MMO game, then Blemishine’s combination of physical might and team support should be right up your alley. 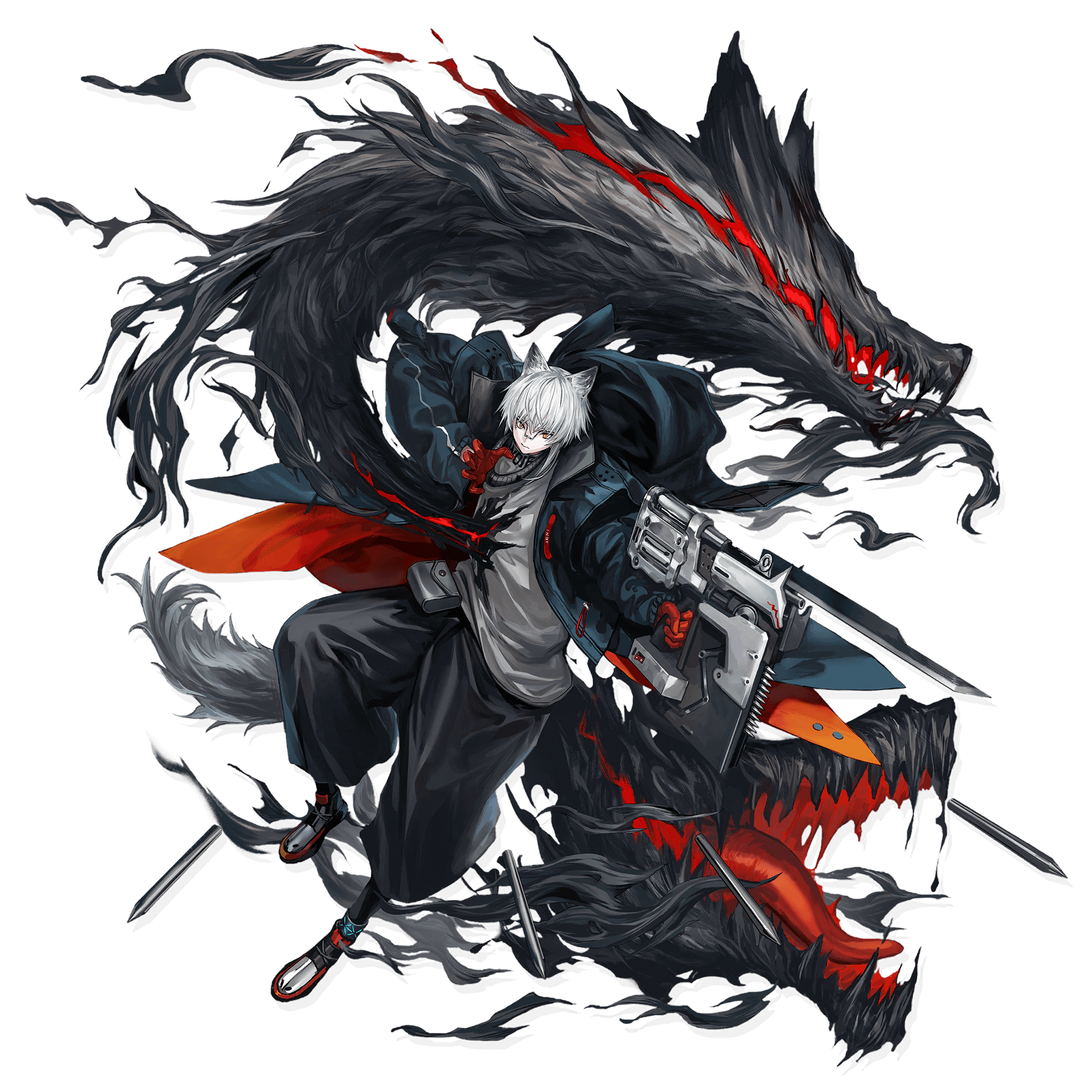 Aosta can usually be found sewing new clothes and armor for his buddies Broca and Chiave, but when they get themselves into trouble, Aosta loads up his nailgun and goes to bail them out. The shots from his specially-tailored (get it?) nailgun are brutal, inflicting direct damage to all comers and an additional Bleed effect to unblocked enemies. If fellow Operators can keep enemies in his range without Blocking them, Aosta has all the time in the world to watch his foes bleed out messily all over the floor. 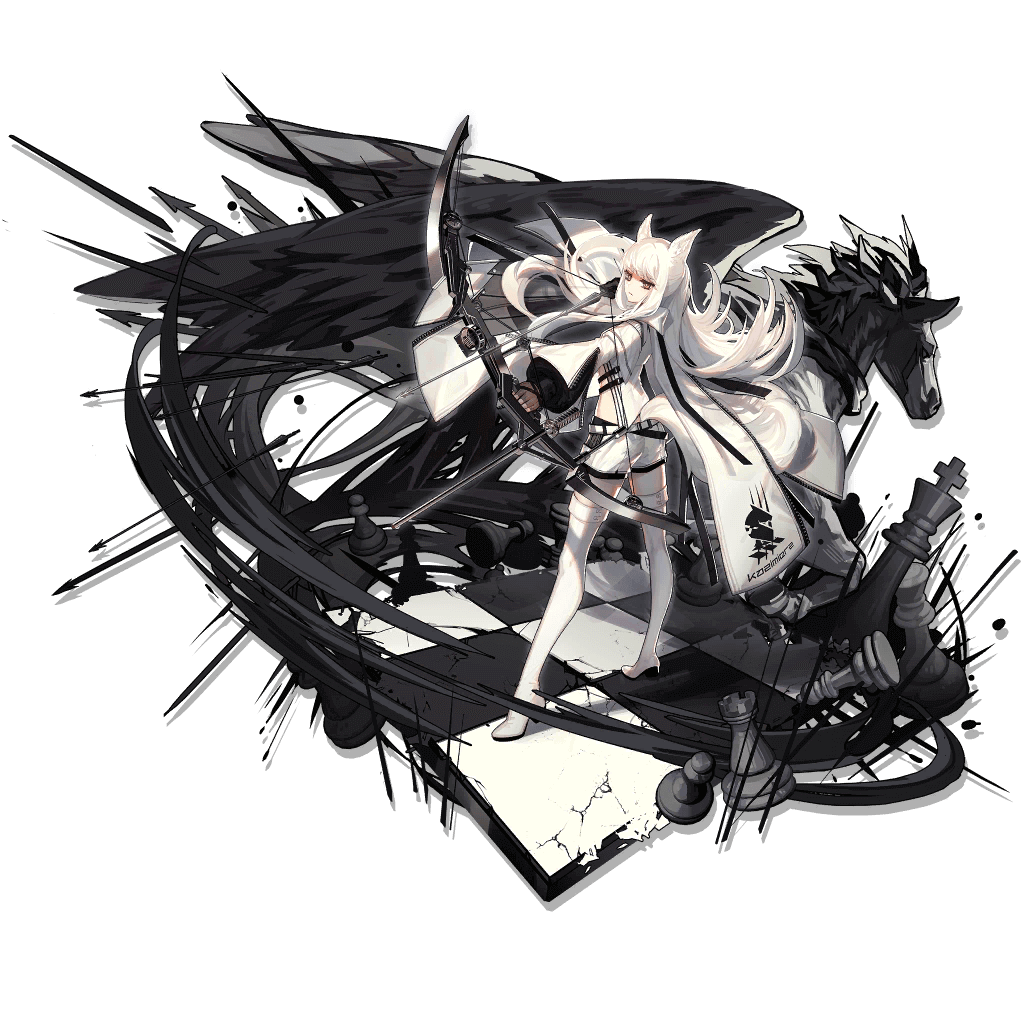 Platinum is a mystery wrapped inside of a wide-sleeved leather coat and an enormous mane of blonde hair. She’s a troll to her friends and Death to her enemies, firing her devastatingly powerful arrows as easily as she fires quips and half-truths once the battle is over. It takes some time for her S2 to charge up and activate “One Shot One Kill” mode, but once Platinum is playing to win, her enemies have no option but to lose. 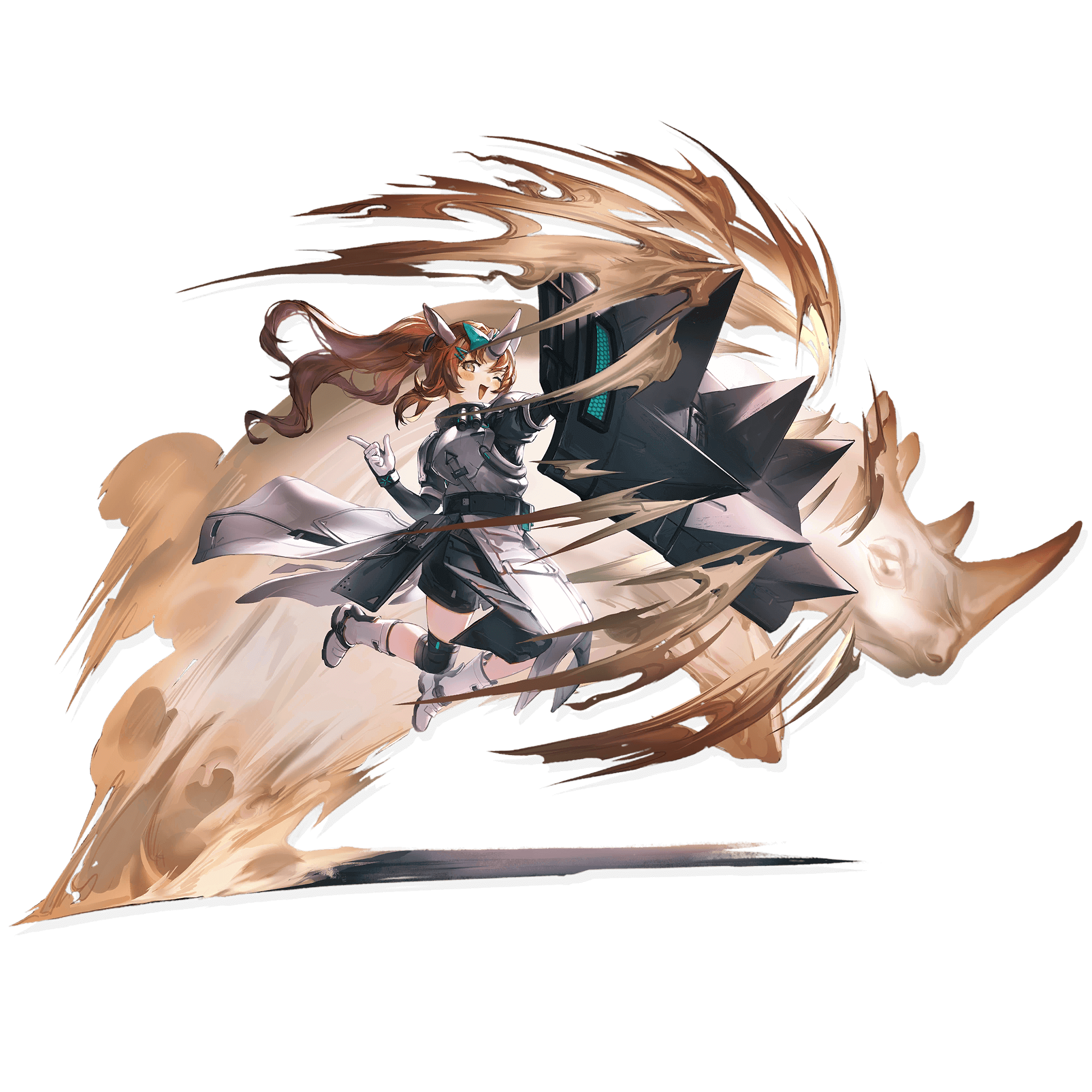 Bubble doesn’t like being attacked, and she’s not afraid to let her enemies know it! At best, any foe who strikes her will have their ATK debuffed for several seconds. If her S2 is active, Bubble will also strike back when attacked, dealing damage equal to a percentage of her DEF. Her father would be surprised to see Bubble now: far from her original status as “the weakest member of the tribe,” she’s become a spiky wrecking ball that any foe would shudder (or at least groan loudly in annoyance) to face!

A Walk In The Dust - Event Operations and Farming Guide

A Walk In The Dust - Event Store

A Walk In The Dust - Event Missions

Custom avatars
can’t find any info about when custom avatars were added to the game. very curious…
World of Oripathy, Strife, and Chess Pieces (Fanfiction)
Kal’tsit: “…and that concludes my report for this month.” Doctor: […] Kal’tsit: “If…
Bored Doctah Chronicles #24: The Very Much Requested Red-head Thread
image600×843 151 KB image910×1143 262 KB image640×895 161 KB image709×1000 112 KB…
Maria Nearl Event - EX Stages Challenge Mode playthrough ft. Zumama
Hey there my dear fellow doctors Your beloved Mastro is back at it again with the…
Welfare tokens
Is it worth buying welfare operator tokens from event shops? I heard you can get…
Read More