Arknights: Should You Pull? Skadi Banner 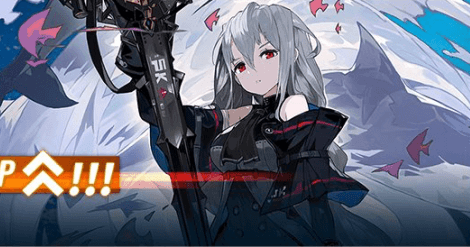 - Basically a 6-Star Melantha (and for those who don’t know, Melantha is really good)
- Has the skills to become a juggernaut with enhanced Attack, Health, and Defense ensuring she takes out anything in her path
- Can easily be deployed behind enemy lines
- Currently has one of the highest base Attack and Health stats in the game
- Amazing synergy with healer tanks
- High Deploy Cost
- Tidal Elegy has a long Skill Recharge

- Amazing fighter who shreds enemies, especially if they have low Defense
- She has low base Attack, and thus should avoid armored targets
- Talent stacks up to 5 times when repeatedly striking same foe
- Talent is weak when used in a fast-paced multi-target scenario, as it keeps resetting

With the given information, should you pull?

Yes, but only for Skadi. She is an amazing assassin but at the same time she doesn’t bring anything new to the table than her lower-rarity counterparts, except for her juggernaut skill Tidal Elegy.

The next best reason to pull on this banner would be for Rope. Since she fulfills the same main role as Cliffheart at a lower rarity, she is a more budget-efficient Operator. At the moment Nightmare is very niche as a Caster. Nearl and Beehunter are both amazing and can do a decent job, but they have alternatives. 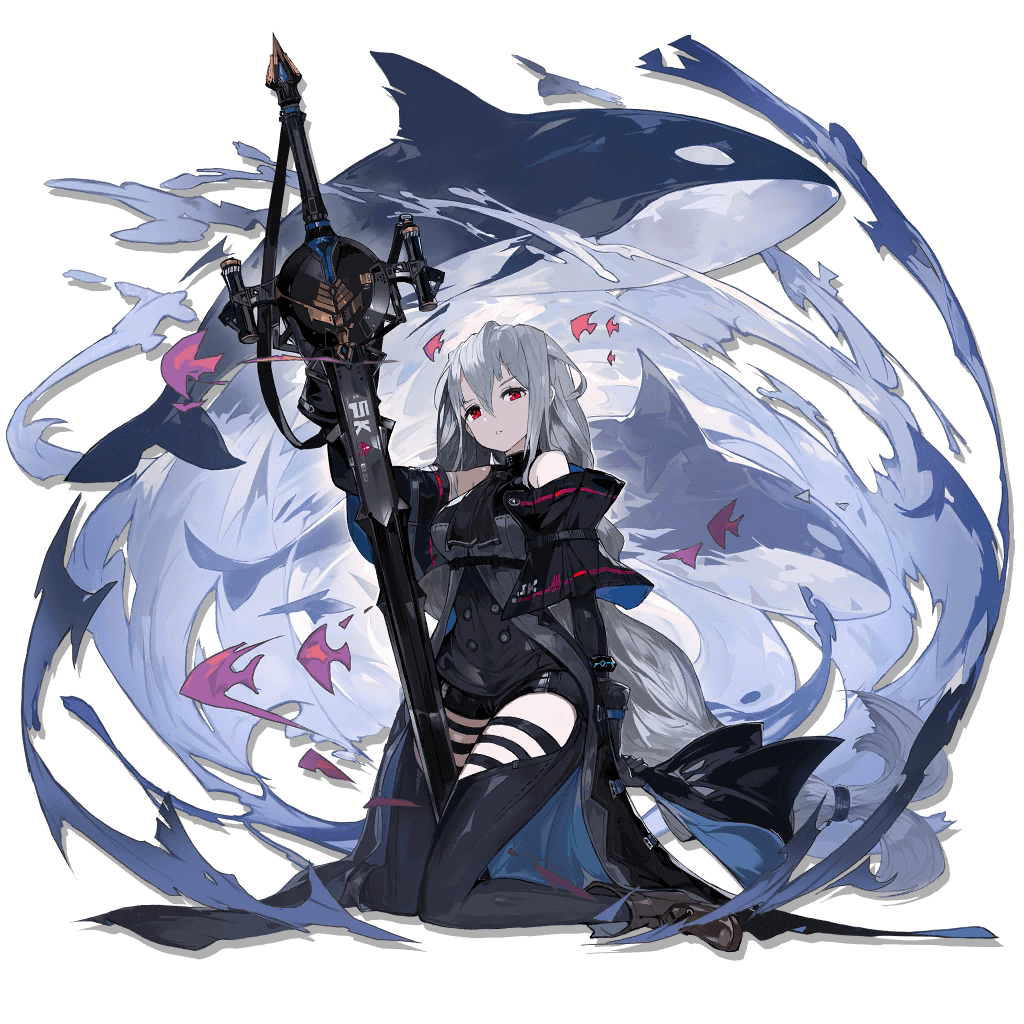 Skadi, a.k.a “Whale-chan,” is our latest 6-Star Operator in Rhodes Island. She specializes in DPS and Survival. She has the role of a Guard who can Block 1 target at a time, and she is known to be one of the greatest assassins in the game. Her destructive offensive capabilities are off the charts, making her a force to be reckoned with. If you are looking for a single-target powerhouse, Skadi will make an excellent addition to your Squad.

Skadi has one of the highest Attack and Health in the game upon her release. Her massive health pool allows her to be deployed behind enemy lines and still have the opportunity to do some massive damage before foes can hope to bring her down.

Skill 2, Wave Strike, gives Skadi a massive Attack buff for a short time right after she is deployed. This Skill is perfect for assassinating unarmored targets. Drop Skadi on top of the most dangerous enemy as they advance and her increased Attack will shred them into fish food.

Skill 3, Tidal Elegy, turns Skadi into an unstoppable juggernaut with boosted HP, Attack, and Defense. This Skill makes Skadi virtually invincible: your enemies will break upon her like waves upon the shore.

Her Deploy Cost can be considered very high for an assassin, especially on certain maps.

Skadi is best known for her Tidal Elegy Skill. When deployed with this Skill, Skadi will gain a lot of initial SP, but after using her Skill just once, the recharge will be a long one, so players need to be ready to strategize around this.

Skadi’s playstyle can be compared to the 3-Star Operator Melantha. Both deal significant physical damage to targets, while having the capability to take hits, survive some harsh environments, and focus down priority targets.

Skadi doesn’t need much for herself, although she does like having a Medic or two around. Skadi’s kit allows her to go all-out on targets, but she lacks self sustain. Aside from Medics, placing her in front of a healer-tank like Nearl is also a good strategy. The healer-tank can block enemies on top of Skadi, allowing her to slice them all up one by one, while also tending to Skadi’s wounds.

Overall, Skadi has an amazing offensive kit, with an amazing ability to take out priority targets. One should not miss out on Skadi; try to recruit her if you have the opportunity. 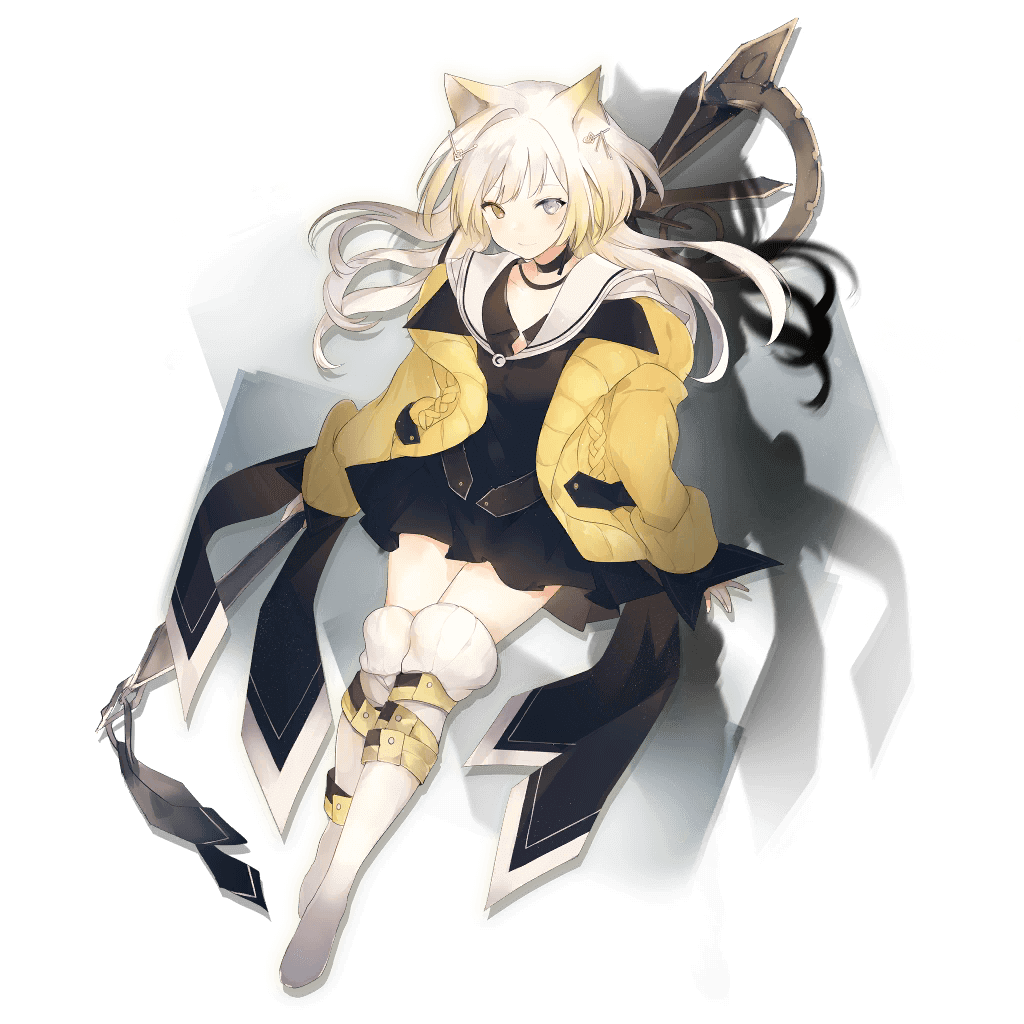 Nightmare is a Caster Operator suffering from Multiple Personality Disorder, whose aggressive “Nightmare” personality often hides behind the meek-mannered “Gloria.”
“Nightmare” is the source of her codename, as well as the primary user of her Arts, which combine DPS, Healing, and Slow utility into one eccentric package.

Jack of all trades

While Nightmare is indeed a Caster who dishes out damage, she can also heal and debuff enemies with her skills. She is a hybrid support Operator who can efficiently utilize multiple aspects in one unit slot.

Nightmare might be able to replace a Medic in your squad, increasing your overall team damage. This makes Nightmare a strong option for fast-paced stages where deployment spaces are at a premium.

Supports are already niche, and she is a support masquerading as a Caster. As a Caster she has no damage-increasing Skills, making her DPS generally inferior.

Skill 1: Drain Soul causes Nightmare’s regular attacks to also heal nearby allies for part of the damage dealt.  If a little more healing is required, but not a lot, this Skill might be able to replace a Medic.  It has a high cooldown and a long initial charge time, so it must be prepared well in advance and can’t be used too often.

In terms of synergy, Nightmare plays very well with healer tanks such as Gummy, Nearl, or Saria, as they are all doing their primary job of tanking but also have the opportunity to dish out some healing. Together with Nightmare, they can do their primary jobs of tanking and dealing damage, while having enough off-heals to keep their squads alive.

Nightmare is a sweet Caster, but she is too mixed in different directions, which makes her a niche Operator who only works very well in specific scenarios. Thus I do not recommend trying to aim for Nightmare at the current phase of the game. If you do end up getting a Nightmare, however, one should note that she can still add a lot of power to your squad if utilized properly. 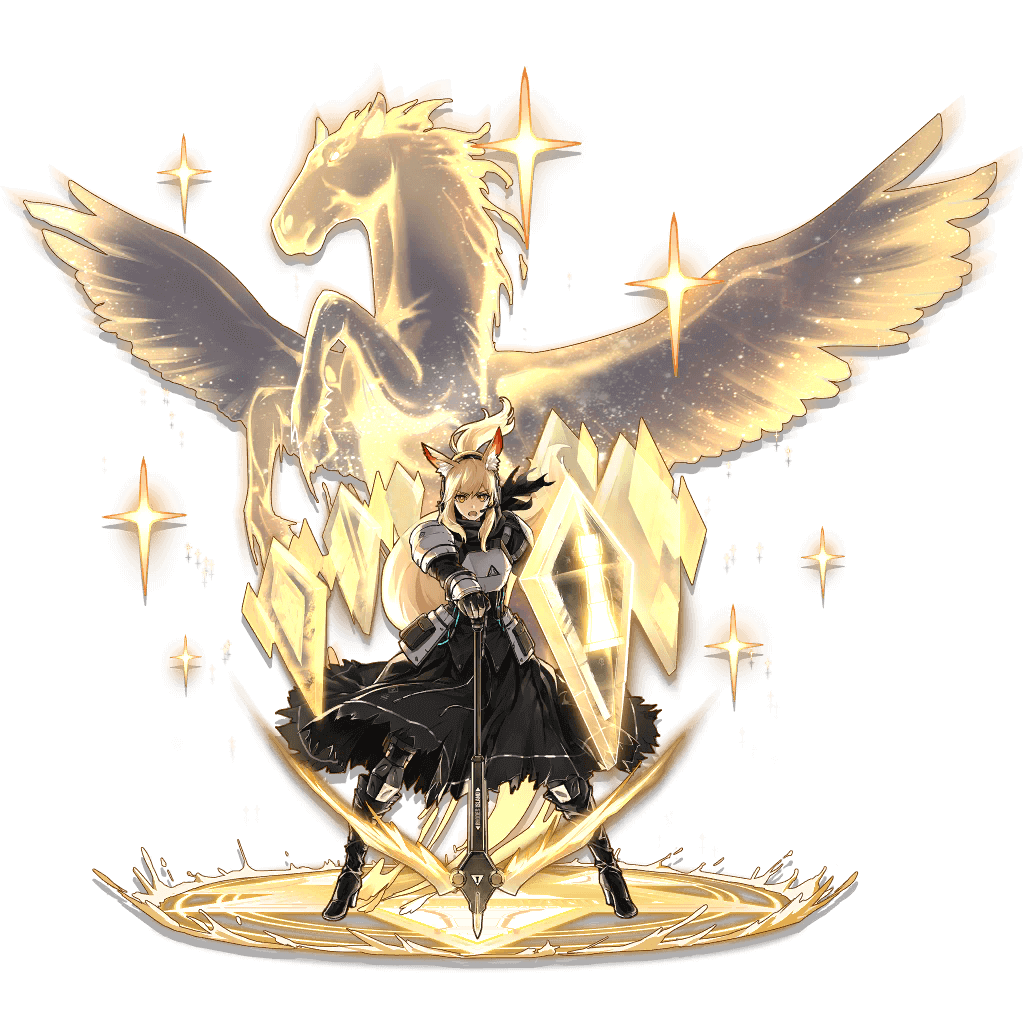 Nearl the Melee Healing Defender. Nearl is 3-Block (once promoted) Healer-Tank who specializes in defense. Guarding allies from the opposition with her restorative skills, she can also self-heal to keep herself going forward.

Nearl’s Skills are both healing-oriented: she has the tank role and can block 3 upon promotion, but she still only uses healing arts with the following skills.

Skill 1: First Aid is a passive Skill that stores charges over time and then burst-heals herself or an adjacent ally that falls below 50% health. Nearl will always try to fully heal an ally, So if she knows she has to use two charges, she will instantly do so.

Focuses too much on healing

Nearl’s skillset lacks proper tanking skills. Her primary Role isn’t boosted by her own kit at all, except from possible self-heal, which means Nearl is more healer-oriented than Defender-oriented.

Compared to other Defenders, Nearl has one of the lowest Health and Defense in the class. She is better at tanking enemy Casters due to natural Resistance, but her ability to handle physical foes is limited.

In all honesty, Nearl seems like an inferior version of Saria: they both have the same gimmick where they can store charges of their healing. Since Nearl is tanking and occasionally throws off-heals, she would have a great synergy with Nightmare, as they together can do some serious healing while not actually being healers.

With everything said, Nearl is an Operator that does care for your Squad and will help you through the game with her blocking, innate Arts Resistance, and healing. She will get the job done. In two days Saria’s banner will be out; if you are trying to get a Healer-Tank, it could be a good idea to wait for the other banner. 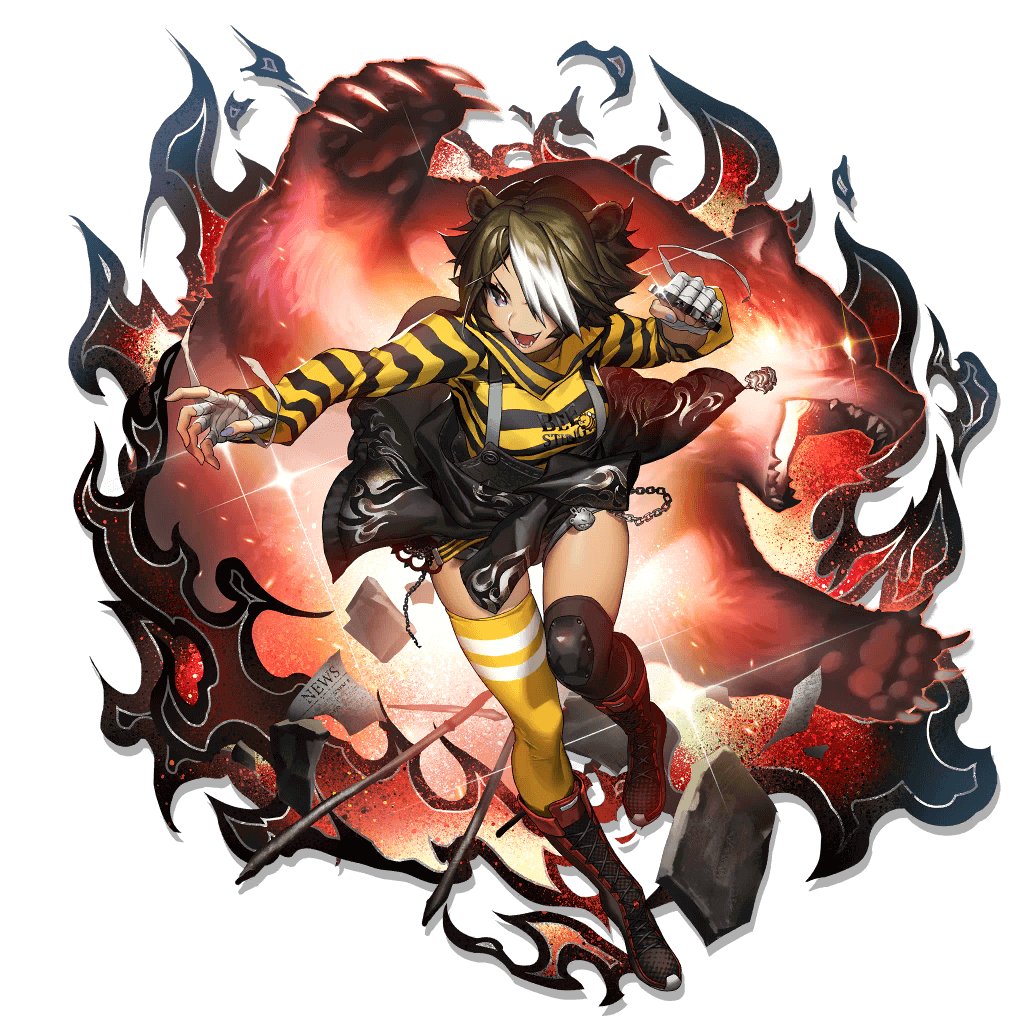 With a remarkable passion and a fire burning in her bones, Beehunter will never give up. As a Block-1 Guard Operator of Rhodes Island, she is a pure single-target physical DPS fighter who prefers one-on-one matches.

Beehunter’s kit is built around her extremely fast attack speed and her Talent Boxer’s Concentration, which is a damage buff that stacks when she repeatedly strikes the same foe. Both of her Skills are designed to allow her to go toe-to-toe against a strong enemy and come out the victor.

Skill 1: Flexibility allows her to dodge Physical Attacks, helping her to survive long enough to finish off hard-hitting brutes.

Skill 2: Soaring Fists, on the other hand, significantly increases her attack speed, allowing her to quickly dispatch her victims.

Beehunter’s biggest weakness is targets with high Defense. She has a low Attack stat, but an extremely fast attack speed. This means targets with some Defense are going to give her a tough time, and her SK 2 isn’t going to help much.

Beehunter’s strength comes from repeatedly striking the same targets. So it will help her out a lot if she teams up with Operators that are AoE-focused, so when a large wave of enemies comes, they can take them out together. Beehunter prefers one-on-one action; her constantly-refreshing talent won’t do her much good if she can’t stack it up.

Beehunter seems like the ideal dream of a 2D fighting game waifu that beats up all enemies in her path, which gives you the satisfaction of watching her fight ingame,

bringing you that visual experience. Outside of that, Beehunter is sadly a niche unit that needs specific targets where she really shines: high-Health targets with almost no armor, so she can immediately shred them. 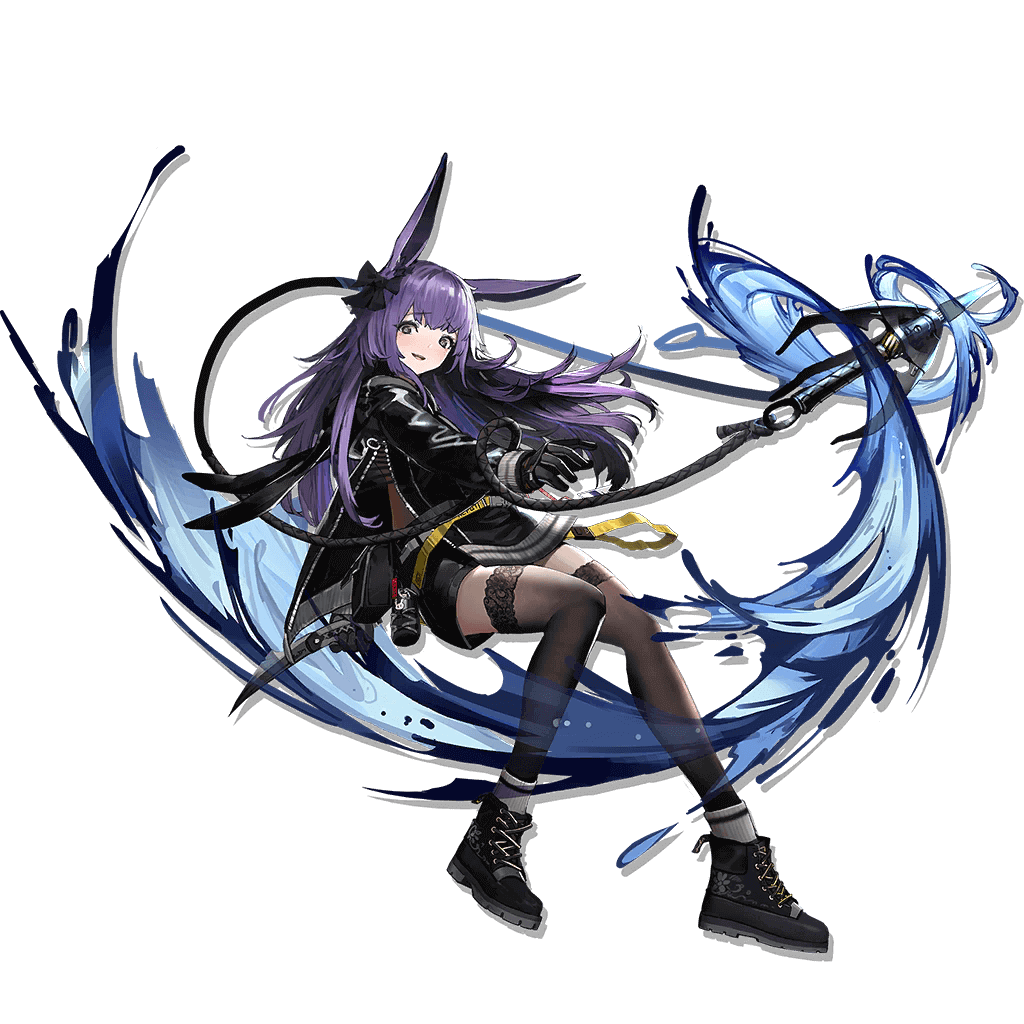 Rope is a Specialist who specializes in Shift-pulling targets to their doom. Shift Operators are potentially very strong, but also very niche, which is why this section will be a little bit different:

At the current stage of the game, we have two Shift Operators who focus on pulling the enemy towards them. They are the gacha/ Recruitment-only 4-Star Rope and the 7-day-login reward 5-Star Operator Cliffheart.

Rope is only available through gacha or Recruiting while Cliffheart is free, but since they essentially perform the same jobs with the same Skill Level requirements, I would recommend leveling Rope's Skills if you have her because her Skill investments are cheaper. (At the current progress of the game with chapter 4-10, either Cliffheart or Rope should be developed with their pulling ability to at least Rank 4.)

Focusing on Rope instead of Cliffheart can be the difference between having enough Sanity to upgrade and achieve your very first Elite 2 Promotion on a different unit. It may also let your LMD-wallet catch a break from getting any drier, as Cliffheart will be costly.

Rope doesn’t really have a weakness, as Shift Operators are very niche and only work under specific conditions. When the condition isn’t met, they aren’t used.

In terms of pulling enemies, I think Rope is good to have and should be developed instead of Cliffheart. Since the differences are very small, Rope will be just fine.

Have questions, inquiries or other business, feel free to reach out to me, i'll respond within 12 hours.