Astaroth and Beginning 30 - Should You Pull? 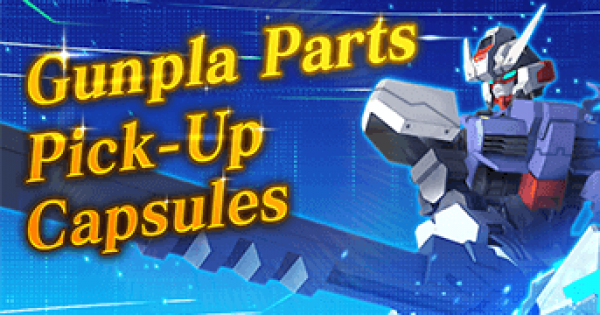 Wowee! Unfortunately, I haven’t had the time to dive into the extended side content for Iron Blooded Orphans, but I’m pretty pumped to now after seeing gunpla like Astaroth! I’m an aesthetic type and this really speaks to me, especially since it’s not perfectly synergistic and really takes advantage of--anyways. I’m looking forward to this banner! I’ve already been spoiled that there’s a hissatsu shot attack, and I heard there’s competition for Mika, so let’s get right into it!

This banner was a doozy. With so many Parts, AND I DO MEAN SO MANY, I honestly expected a lot more of them to be awful. The percentage of pulling a decent Part is relatively high, however, but these Parts are only slightly above average and do what other, more common Parts, already do.

I would skip. EDIT: The rest was removed, as well as the banner odds of pulling favorable Parts changed because I misread an EX Skill and rated a Part incorrectly. I'm very sorry for those that pulled based on this rating. 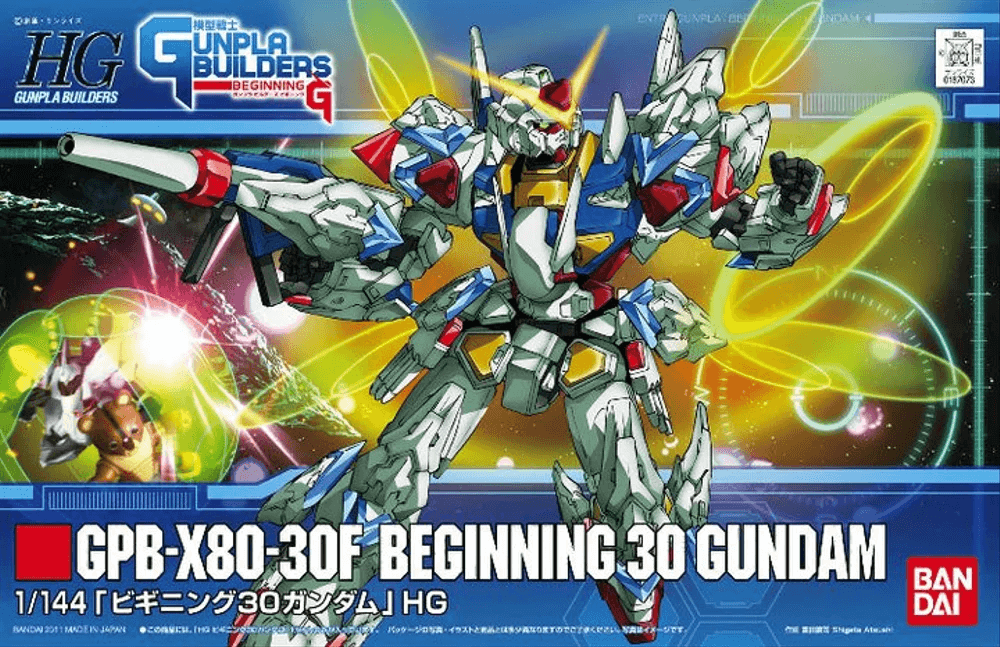 Head Vulcan but Beam edition! With 1,979 S.Atk, it sadly does not stand up to any decent Head Parts, as few as they may be compared to the overwhelming majority of trashy Heads with low stats and Head Vulcans.

While this Chest has average stats, it makes up for it with its amazing Part Trait “When Armor is 60% or more, EX Skill CD reduced 20%”. Now, the Chest category has stiff competi-HAHAHAHA! Yeah, right. Chests are typically trash, making this a real standout pick. That said, it’s worth noting its Part Trait DOES NOT work on Initial Cooldowns, so don’t build this Part up and equip it thinking that it does.

These Arms have me pretty conflicted. On one hand, the M.Atk is above average but definitely not as high as it could be. On the other hand, the Part Trait boosts Melee Power by 30%...BUT only if you’re Out Fighter. Now, Out Fighter is one of the best job licenses if you’re playing as them, otherwise their AI is awful.

T H I C C ! No, really. Bad stats, right? But the Awakening on these THICC Legs gives 19% S.Def, 29% B.Res, and Your Gunpla resists flinching. Excuse me? Why would you ever want to play the game like everyone else when you can just ignore entire mechanics? I love it!

Alright, time for the Part everyone keeps memeing about in the discord. Below average stats, but it comes with a dirty little secret. Oh yes, a very delicious secret that is just too much to keep hidden. A Beam Shot hissatsu: D/A 79/20s and buffs S.Atk by 29%, B.Res by 69%, and your gunpla clout by 120%. If you don’t have the Freedom Legs and you want to run a ranged build, then this should definitely be your next 4* Select. If you’re thinking you already have the Gundam Rifle and that’s enough, it’s not. The Gundam Rifle reduces your S.Atk by virtue of the Rifle itself having only average S.Atk.

Ever wanted to cosplay as a Wolverine gunpla? Yes? TODAY’S YOUR LUCKY DAY LITTLE GIRL! Billy and Mandy fans rise up! Ahem. 3,586 M.Atk is above average, and while I’d love to suggest this weapon as some amazing thing given it’s literally Edward Saberhands, unfortunately the Word Tags are below average with only Gundam Type and High Firepower. Finally, the Part Trait only gives 15% chance of penetrating super armor. All decent, and altogether an above average Part, but nothing to aim for.

FINALLY! We have a 4* version of the DODS Rifle! No, just kidding, it’s basically the same thing. The big difference here is that they removed the requirement on the Part Trait, making it only “Initial EX Skill charge boosted 20%.” On one hand, that is excellent. On the other hand, you’re not going to have that maxed like the DODS Rifle, and this R. Weapon suffers from awful S.Atk, having only 1.979.

With bright, vibrant colors and an extremely… low polygon appearance, I can’t believe this came from the same company as gunpla such as Dark Matter Exia, Qant, and, well, Astaroth. Yuck. 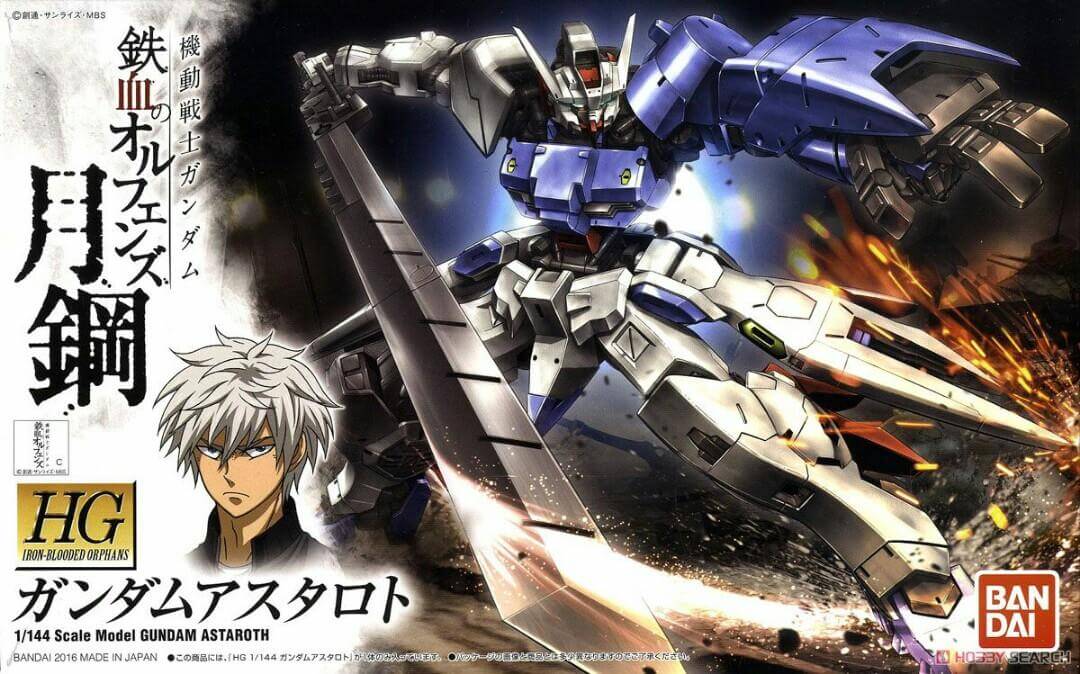 The best thing I can say about this Head is it has Protag. and Close Combat, both very great Word Tags for Heads that have trash S.Atk. S.Atk such as 1,985 and sporting a mere 800. Still, it’s outdone by a couple of 3* Heads we have by now.

While it has average stats, similar to that of the Pale Rider’s, it still has the same Word Tags as the Head. I’m excited to see how this Chest looks on gunpla, but it definitely doesn’t perform.

With the combined stats of the Pale Rider Arms and Shield, totaling 2,795 M.Atk, 3,190 S.Def, 1,610 M.Def, and 479 in both Resistances, this is again statistically below average. While Sub Knuckle is a nice EX Skill, providing D/B+ on a 21/3s CD, it’s a Physical Melee, meaning it relies on the Arms as one of its main feeds for damage. Oh well. In this case, its Word Tags can’t save it, because they’re melee Tags and these Arms are bad for melee builds.

While these, again, has below average stats, these Legs do something special that I absolutely adore. It has a Physical Melee EX Skill that has D/B+ and a CD of 21/6s called Knife Throw. Based on the name, I’m going to assume this is a ranged Melee Skill and fills a very special niche based on that. Still, it’s only so good, even while being unique.

EDIT: Yeah, so uhh....I kind of misread it. It says Knife ATTACK, not Throw. I don't know what convinced me it definitely said Throw, but here we are. Both the rating and the Banner rates were changed...as well as the banner suggestion as a result. I'm very sorry about this.

The stats are below average, so what we’re really looking at here is the EX Skill, Demolition Knife. It has D/B+ and a 21/6s CD, which seems to be very common with this gunpla, and very common in the game. There are tons of 3* Backpacks better than this.

But wait, wasn’t this the EX Skill? EHHHH…..IT LOOKS COOL SO WHO CARES? This beast of a sword and lowkey reference to ya boy E.Y.E Divine Cybermancy is looking fresh. Is it fresh? Well, it has 3,594 M.Atk, which is above average and pretty darn decent, although not the best you can get. Next, with Power Attribute, you get 30% higher CRIT Chance on Strong Melee, which is an incredibly meh trait usually, but Blades practically live for their Strong Melee. That said, it’s upgraded from Meh to Eh. This is an average weapon with very nice Word Tags--Protag. and Close Combat.

Say hello to the resident trap pull. With an absolutely dismal 1,985 S.Atk and a Part Trait that doesn’t function on any real build (With Blade, reduce Shot DMG by 35), what you actually have is filler. For what, I don’t know. Normally gacha games put filler pulls in because the other pulls are wildly above the norm, but that hasn’t been the case so far. The only saving grace from F tier is its Word Tags--once again Protag. and Close Combat.

Say hello to the resident trap pull’s younger brother. Remember what I just said about the previous weapon’s saving grace being its Word Tags? For Computers and High Firepower here, and to top it off we have the same stats and “When attacking with Physical, Sp. Shot CRIT rate boosted 30%”. A terrible Part Trait for Rifles, especially those with 1,985 S.Atk. There are several 2* Parts better than this.

Like I said in the beginning, the aesthetics are to die for! That said, his medium size and mixture of blocky and rounded Parts really makes him synergize with pretty much anything. I mean, or her. Astaroth can be whatever gender they want with hot looks like those.

While Lila is essentially a wasted pull, Gaelio is the second coming of Je-I mean...Mika. While our server owner is fantastic, he might not be as strong as Gaelio here. Honestly, only serious number crunching will tell that tale, but all the same, this is a fantastic banner that you should pull on if you don’t have Mika or you want a second amazing Defender.

Wowzers! I’m honestly not entirely sure if Galileo here is better than Mika-One-Eyed-Zuki, but he sure does match him at the very least. What a brutal Pilot! At 1,602 M.Atk, you might think this was an In-Fighter, but no, he’s a Defender. To top that off, his Part Trait is phenomenal, giving 30% to All Power when Armor is 60% or higher. Fabulous, much like his hair. This, of course, has a rather big impact on Arena, even without the overkill meta, since they boosted Armor by so much. That said, Mika’s Initial CD Reduction is still a rather big deal, and in addition to that, Mika’s tags are much better with Protag., while Ghaleon comes with Heavy Armor and For Space, absolute trash.

A Mid Shooter with average stats for a 3*, but mediocre stats if you want to actually clear content. In addition, she has Projectile speed boosted by 14% with Power attribute and terrible Word Tags (Federation scum and For Space). Meh. 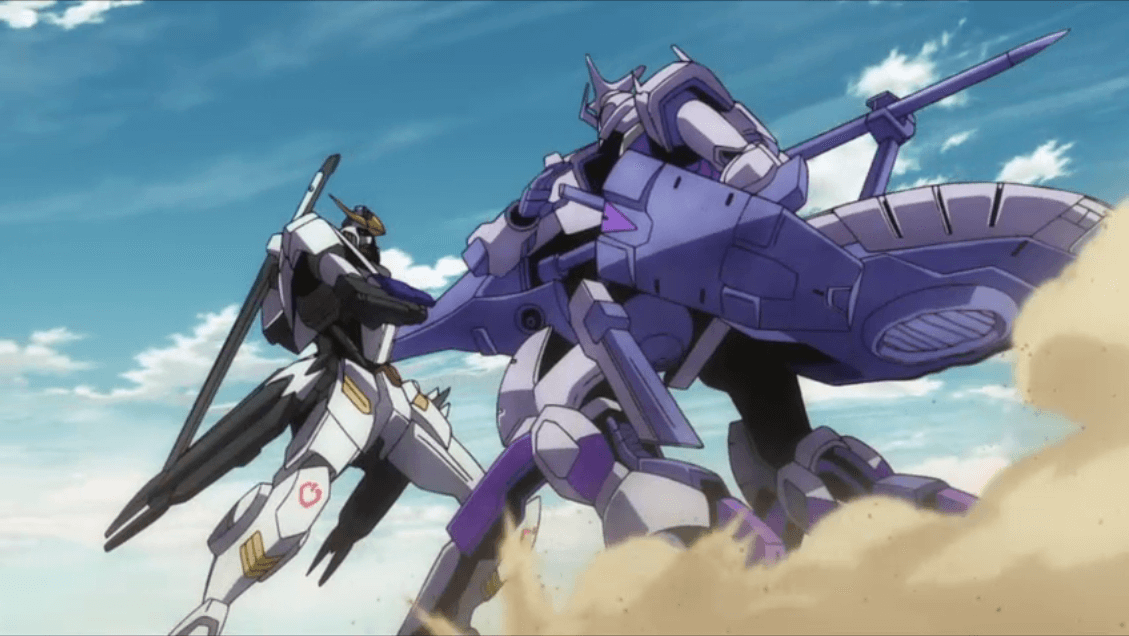