Attack on Titan TACTICS Now Available on iOS and Android 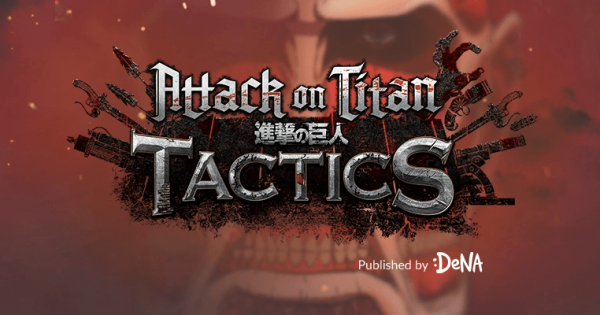 Attack on Titan: TACTICS now available for iOS and Android

After its preview at Anime Expo, the Tower Defense Strategy game Attack on Titan: TACTICS is now available for iOS and Android!

Players can collect their favorite characters from the series, like Eren or Levi, as they play through the story.  Each stage has players fighting Titans by deploying said characters, allowing them to take on a tactical commanding role and lead their troops to victory.

In addition to the collectible characters and gameplay, the game features full voice acting and scenes from the Anime, in addition to original stories for all the characters, giving everyone their time to shine.

For the launch celebration, all players will receive 300 crystals, which is good for 10 rolls.  This starting bonus will last until October 17th, 7:59 AM PDT.

The game will offer the Levi Squad banner on launch, with Captain Levi, Petra Rall, Oruo Bozad, and Eld Gin available!  This banner will last until October 3rd, 10:59 PDT.

GamePress had the opportunity to speak with the developers, and will be releasing an interview soon.  Meanwhile, Attack on Titan: TACTICS can be downloaded from the links below: