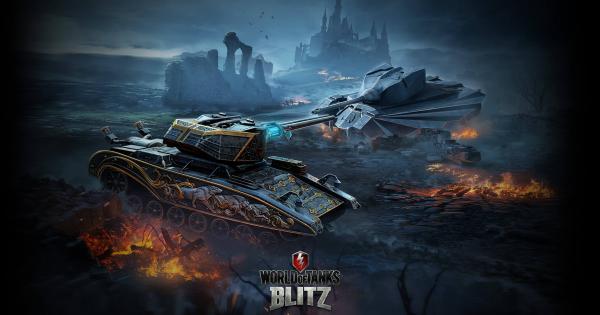 For the 4th year in a row, World of Tanks Blitz will be hosting its official global Championship, Blitz Twister Cup 2019. Six teams from around the world will compete for the championship title and a prize pool of $100,000 on November 9, 2019. This year, the event will be live-streamed on the official World of Tanks Blitz YouTube Channel.

In addition to the live-stream, this year’s championship also has a Rap Theme. Daria Klimchuk, eSports Team Lead at Wargaming Mobile, says the new theme is a way for them to connect with their player-base.

“We are thankful that our passionate community has shown such a keen interest in Blitz Twister Cup and they’ve been influential in making the World of Tanks Blitz global championship even better this year. We intend to keep fostering a strong competitive Blitz scene to the vibe of our brand-new rap theme keeping up with the pace of the raw youthful energy of our player base.”

The teams will face each other in groups of 3 in a best-of-5 format, with winners of each group battling to become the world’s best Blitz crew in a best-of-7 final match. The top team will take home $50,000, the runners up will receive $20,000, and the teams finishing second and third in their groups will claim $10,000 and $5,000, respectively.

The tournament will feature the winners of regional Pro tournaments:

About World of Tanks Blitz

World of Tanks Blitz is a cross-platform, free-to-play, team-based MMO action game dedicated to fierce tank combat. Available on iOS, macOS, Android, Windows 10, and Steam, the game lets players control over 370 legendary armored vehicles and has more than 120 million downloads worldwide. You can download it on Apple or Google Play by clicking the links below.

Get it on the App StoreGet it on Google Play

It seems the world of eSports is growing at a fast pace and this event is just an example of that. An eSports League is planned to launch in 2020 and companies have even partnered with Neilson to help grow the industry. There are also plans for an MTV style of television specifically dedicated to eSports and gaming. As we head into 2020 it seems eSports fans have a lot to look forward to. Make sure to stay tuned for updates on the eSports industry and where it might be heading. And if you enjoy watching eSports or are a fan of the World of Tanks Blitz game, make sure to check out their live stream on November 9th.

2020 Launch for 'eSports Pro League', Global Mobile-Focused Esports Media Network and Tournament Platform
Esports Giant ESL Gets Analytical for Advertisers and Investors by Joining Forces with Nielsen
VENN Might Be the Esports MTV