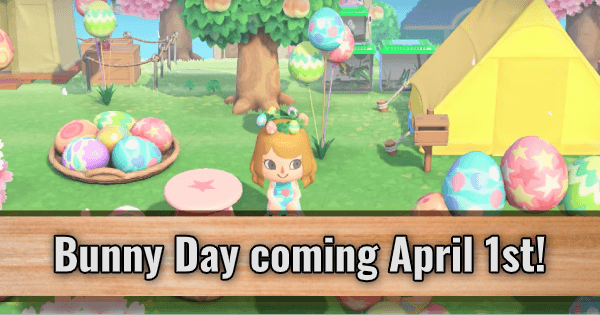 Players will get to meet a bunny called Zipper, who will hide special eggs all over the island. The Nintendo direct video (see below) show them buried in the ground and fished out of the sea. The eggs will be used to craft new limited-time items, like tables, stools, a crown, an archway, and more.

The direct also mentioned another update coming later in April, which will include new features and the Earth Day event. Earth Day in the real-world takes place Wednesday, April 22, so expect the in-game event to take place somewhere around then.

Here's the full direct from Nintendo:

Thræn covers Animal Crossing and Harry Potter games for GamePress. They also stream a variety of content on Twitch, from Minecraft to Jackbox games, from tabletop to real-life cooking. Ask them about Pokémon Snap.