Call of Duty: Modern Warfare has a Year-Long Exclusive Mode for PS4 and Fans Are Not Happy About It 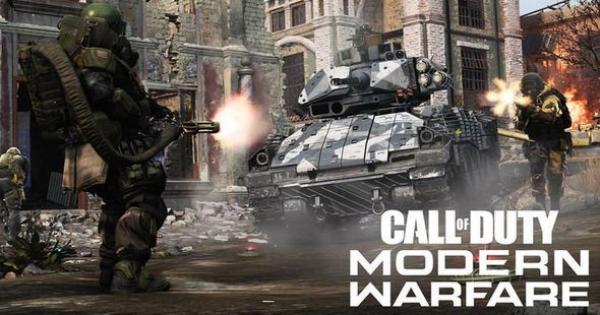 In the Sony State of Play on September 24th, Activision introduced a new trailer for their upcoming title Call of Duty: Modern Warfare.  The game is set to be released on October 25th and with Open Beta finishing this last weekend, fans were excited to see some gameplay and the trailer was pretty awesome. At the end of the trailer there was a short clip announcing some PS4 exclusive content: The Survival Mode of Special Ops. While platform exclusive content isn’t completely unheard of it was the fine print that really got people riled up. At the very bottom of the announcement there was a message that read:

That means the Special Ops Survival Mode will only be available for PS4 players for almost an entire year. 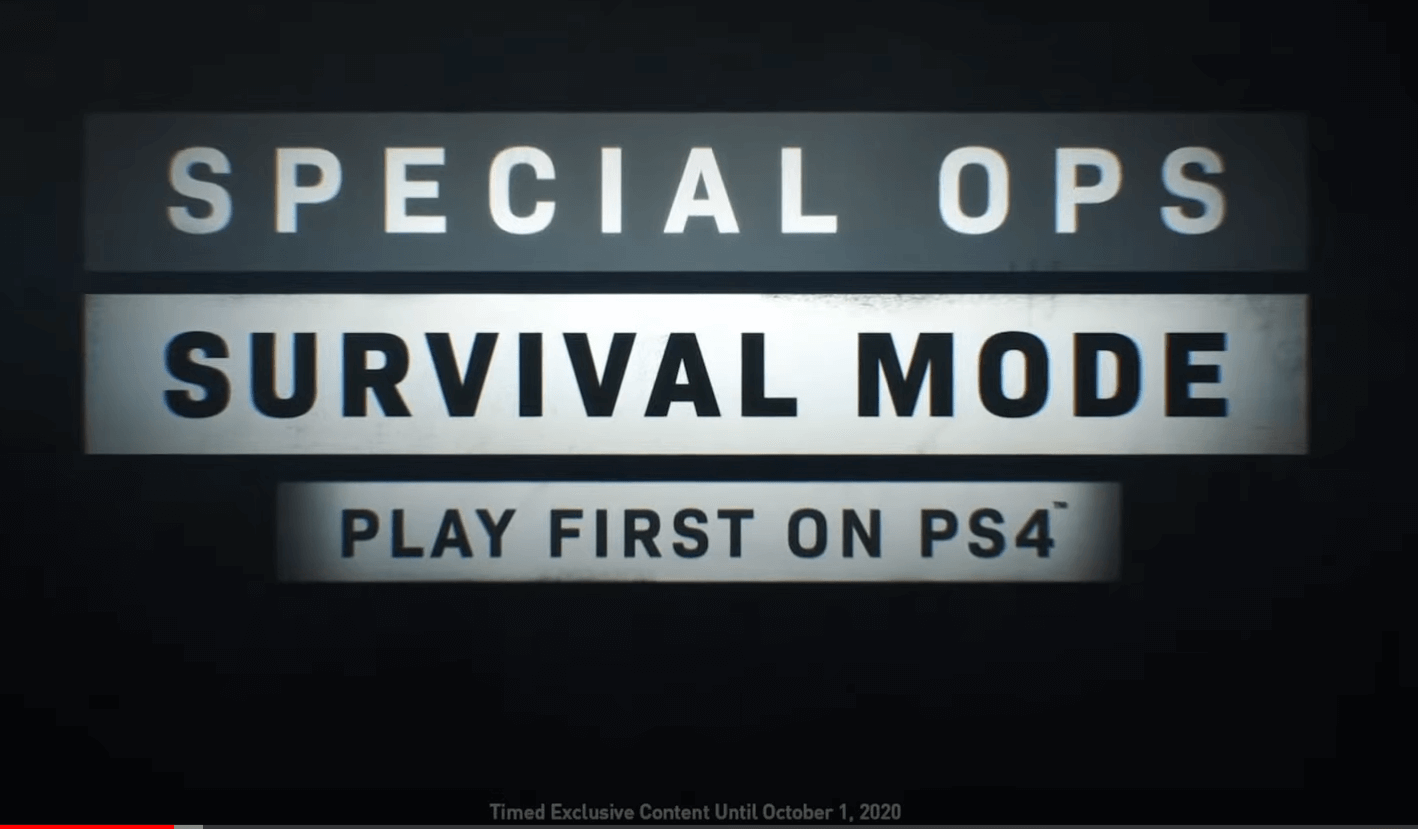 To say people were unhappy about the news would be an understatement. Browsing Twitter for tweets and replies to the Call of Duty, Infinity Ward,  and Activision handles there was some colorful language we aren’t able to print, but here’s the gist of what people are saying.

As an Xbox player I'm not gonna waste money on an incomplete game. Gonna just play mw3 bc on Xbone and play survival. I was looking forward to playing with my PS4 buddies through cross play but I'm not gonna pay for a game and then wait a year for the rest of it.

Ive owned every CoD game since the CoD4 and Ive been really excited about this new game, but making most of us wait until next year to play some of the game?? A week? Sure. A month? I'll live. But a year!?!? I dont plan on paying 60 dollars for part of a game, maybe in a year.

Pre-ordered and fully paid on xbox. Thankfully I've sorted out a refund. Not prepared to give @Activision any money based on a whole years exclusivity. A month is fine but a year? The next COD will be out then!

You guys were doing so well. You were on your way to reviving The Cod Community, then you come with this year long exclusivity nonsense, completely ignoring your words saying all extra content will be released on all platforms simultaneously.

How dare you make Xbox owners pay the same price for a game as ps4 players, yet withhold such a highly anticipated and beloved part of the game.
You decide on what to make exclusive and choosing an entire mode and that length of exclusivity on that particular mode is outrageous.

Many people have asked to be refunded for their pre-orders, even those who participated in the Open Beta and really enjoyed the game. And Xbox and PC users weren’t the only ones upset about it. PS4 players even made their disappointment known. Since the game boasts cross-platform play, locking one mode behind an exclusive platform just doesn’t make sense.

I only own a ps4 but this is a cross play game right? What's the point of this. I would have preferred the week or hell even the month exclusivity compared to this.

Infinity Ward responded in a Reddit post clarifying the exclusive content that PS4 will have. According to their post, the Special Ops Survival is an “additional, classic mode that will be available on PS4”. They imply that this is a very small part of the game so those that aren't on PS4 won't be missing out on much. You can read the full post and all of the comments here.

Infinity Ward studio narrative director, Taylor Kurosaki also responded to a fan on Twitter stating that Survival is only about 1% of the game. The tweet has since been deleted:

Later he responds to other fans indicating that the decision regarding the Exclusive content may not have been up to Infinity Ward, but was “above all our pay grades”.

Up to you, I respect your decision. We do our BEST every day to give our players the best experience possible. There are decisions that are above all of our pay grades that have to be considered. I understand your feelings, but this is much better than others I have seen.

While Infinity Ward and others have been focused on how little the other platforms will be actually missing out on, it seems to be the ethics of it all that have players cancelling their pre-orders and calling for a boycott on the game.

I am paying on PC the same price as Playstation and i am not gaining access to an entire mode. I don't care if it is 1% or not its still disgusting and am canceling the pre order.

I know it's not up to Infinity Ward, but it's the only way to put our foots down.

Fans are obviously not happy about the decision to lock part of the game behind a specific platform. While it is just a small part of a very large game, the survival mode is what many people look forward to. Because let’s be honest who doesn’t like beating a bunch of zombies? It doesn’t seem like the time limit on the PS4 exclusive content will change before the launch of the game on October 25 but either way it sounds like they have already lost some loyal fans because of it.