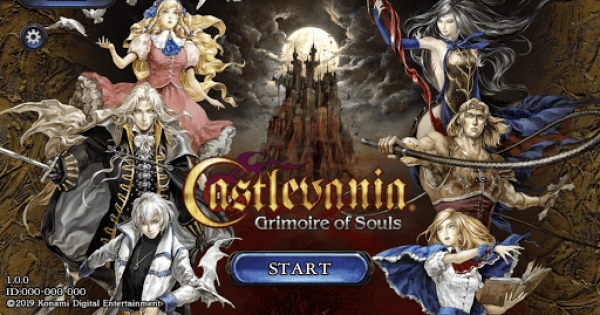 About two weeks ago, Konami dropped a new trailer for the newest, mobile-exclusive entry in their beloved Castlevania series, Castlevania: Grimoire of Souls. Based on the timing and what looked to be a fairly polish-intensive game, we predicted that it might be some time before iOS and Android players would get their hands on the game.

Turns out everyone was completely off-course. The game soft-launched in the Canada Play Store and App Store a couple days ago, with little fanfare. Admittedly, Castlevania fans have been begging for a PC or console release for years and may not have been entirely thrilled about the mobile-only nature of Grimoire of Souls. Even so, though, there's been much less buzz than one would expect around a new title in an iconic series. Either way, the game's ready to be picked up, in-app purchases and all, and we're already seeing some players upload gameplay footage. You can catch some of that footage below, as we cross our fingers and wait for word on a release date for the full launch of the game.