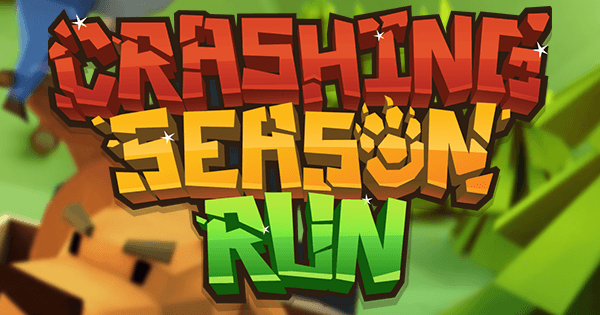 As a follow-up to their previous title Crashing Season, Koukoi Games presents its sequel, Crashing Season Run. Unlike the previous title-- where animals run amok on their own-- players can now pilot a variety of vehicles for creating even more chaos. With faster speeds come bigger collisions, and with endless linear courses, players can roll on endlessly through obstacle-filled landscapes.

Crashing Season Run is a humorous, one-of-a-kind endless racing game. It features the same wacky animals as the original game, but this time the ferocious crew is riding various crazy DIY vehicles in a race to defeat enemies and get as far as they can.

Featuring simple and intuitive one finger controls, lots of silly rides to unlock, and an over-the-top cartoony low-poly graphical style, Crashing Season Run is the perfect time-waster for everyone looking for a fun, endless racing game.

Developers also promise more social elements to be available in-game, though details remain vague. Whether it's to compete for the biggest messes or annoy the most humans, this game is the perfect way to unwind after a long day of keeping things in order.

Koukoi Games is a mobile game studio from Oulu, Finland. Founded in 2015, Koukoi Games focuses on producing original and licensed entertainment and game IPs as free-to-play mobile games with an emphasis on exceptional production values and memorable experiences. The team includes game and tech industry veterans - including talent from companies such as Rovio, Wargaming, Everywear Games and Nokia. Go to www.koukoi.com for more information.

Kiloo is a leading mobile game developer and publisher founded in 2000. Our ambition is to create cool, colorful and catchy games that are as fun to play as they are to make. We are a team of over 90 dedicated people with many different backgrounds, nationalities, and cultures. Our headquarters are located in Aarhus, Denmark. For more information, go to www.kiloogames.com.