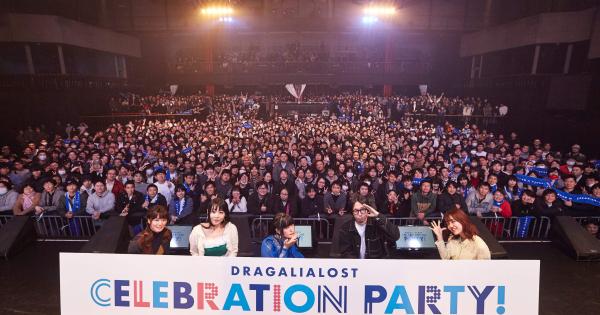 On January 8th, 2019, DAOKO and Taku Inoue held their Dragalia Lost Celebration Concert, a live performance of the amazing songs from Dragalia Lost with a Voice Actress event at the beginning.  Tickets were available via lottery by purchasing the DAOKO X Dragalia Lost Limited Edition CD.

To everyone who was aided by and involved with the guide, thank you so much for helping me get the opportunity to attend this concert.  The whole experience from first hearing about it to actually attending was the wildest ride.

Concert Day.  I arrived with my friend at the venue, Studio Coast.  It's in Shinkiba, across the bridge from a station. 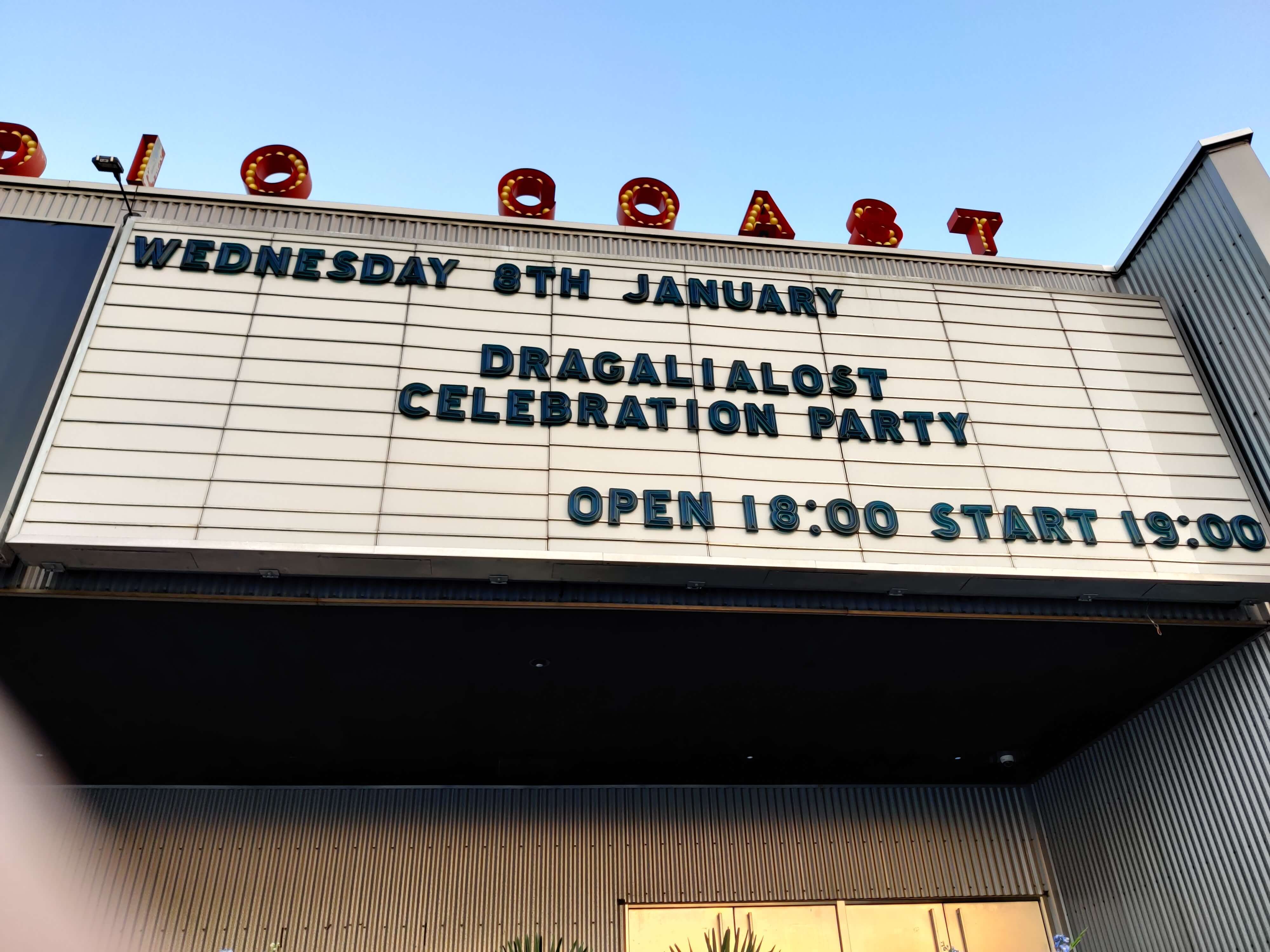 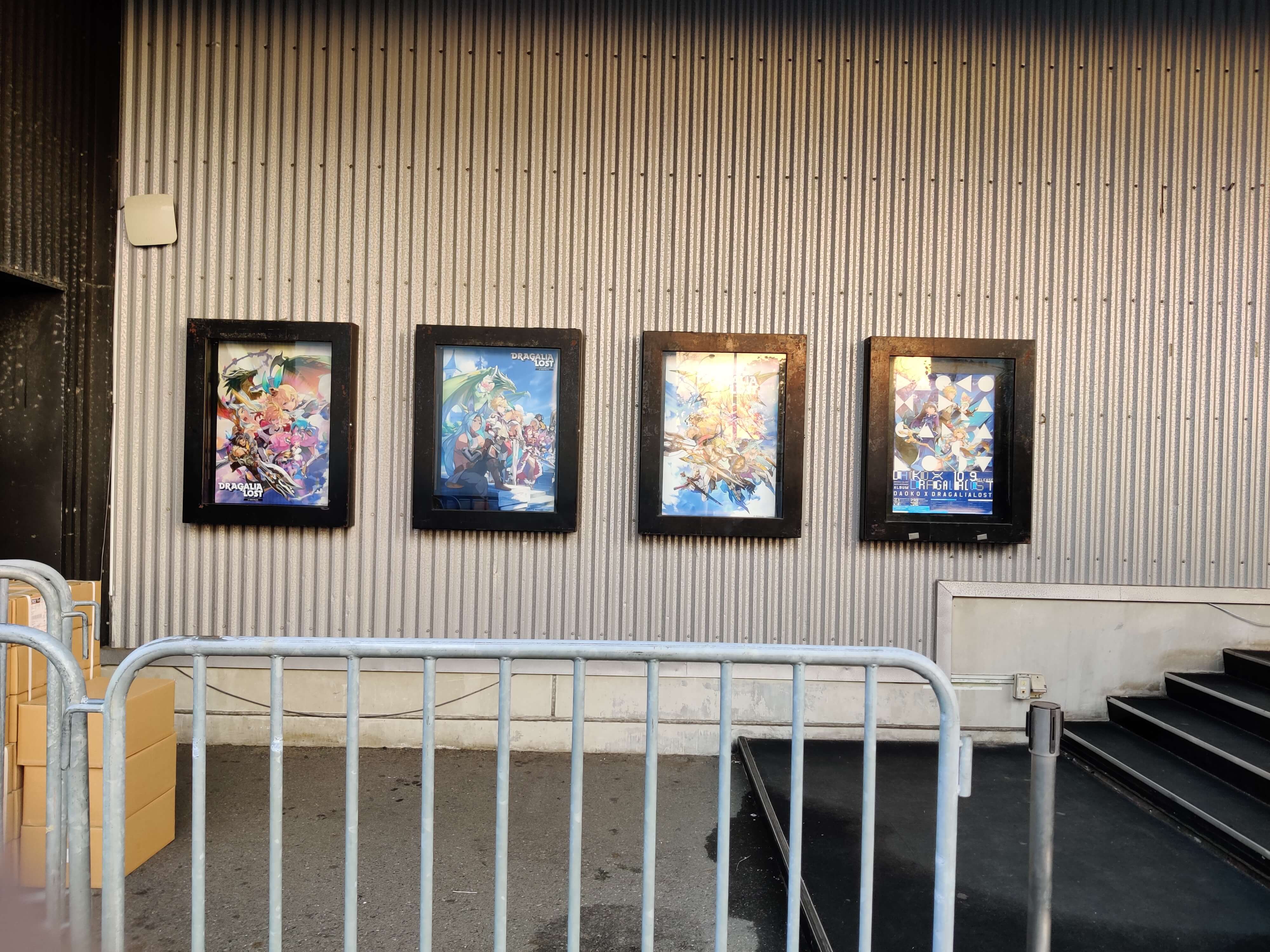 The first thing you notice is the breath-taking Dragalia Lost Celebration billboard, featuring DAOKO surrounded by the main characters in special outfits. 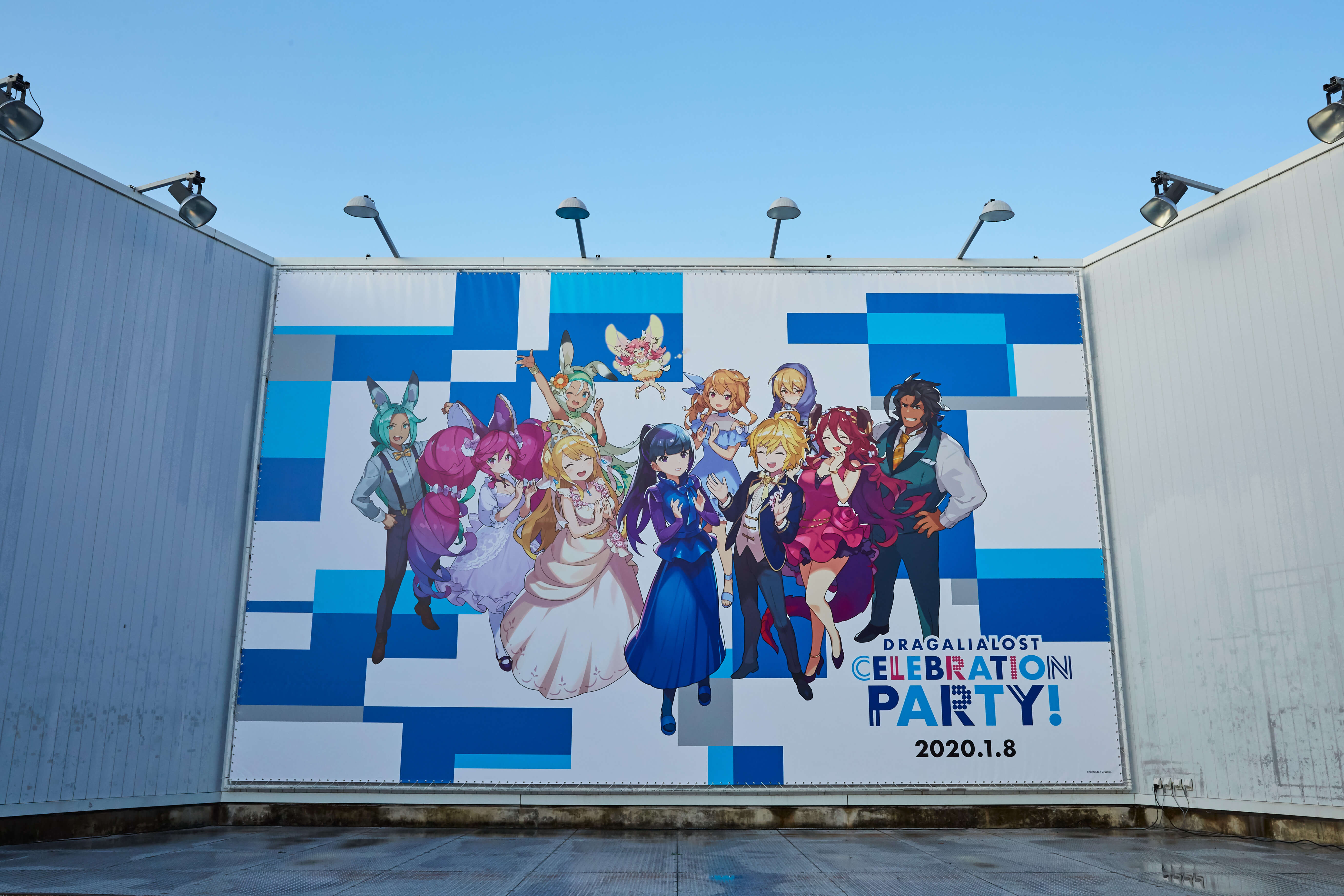 We got there a few hours early, so we checked out the merchandise shop. 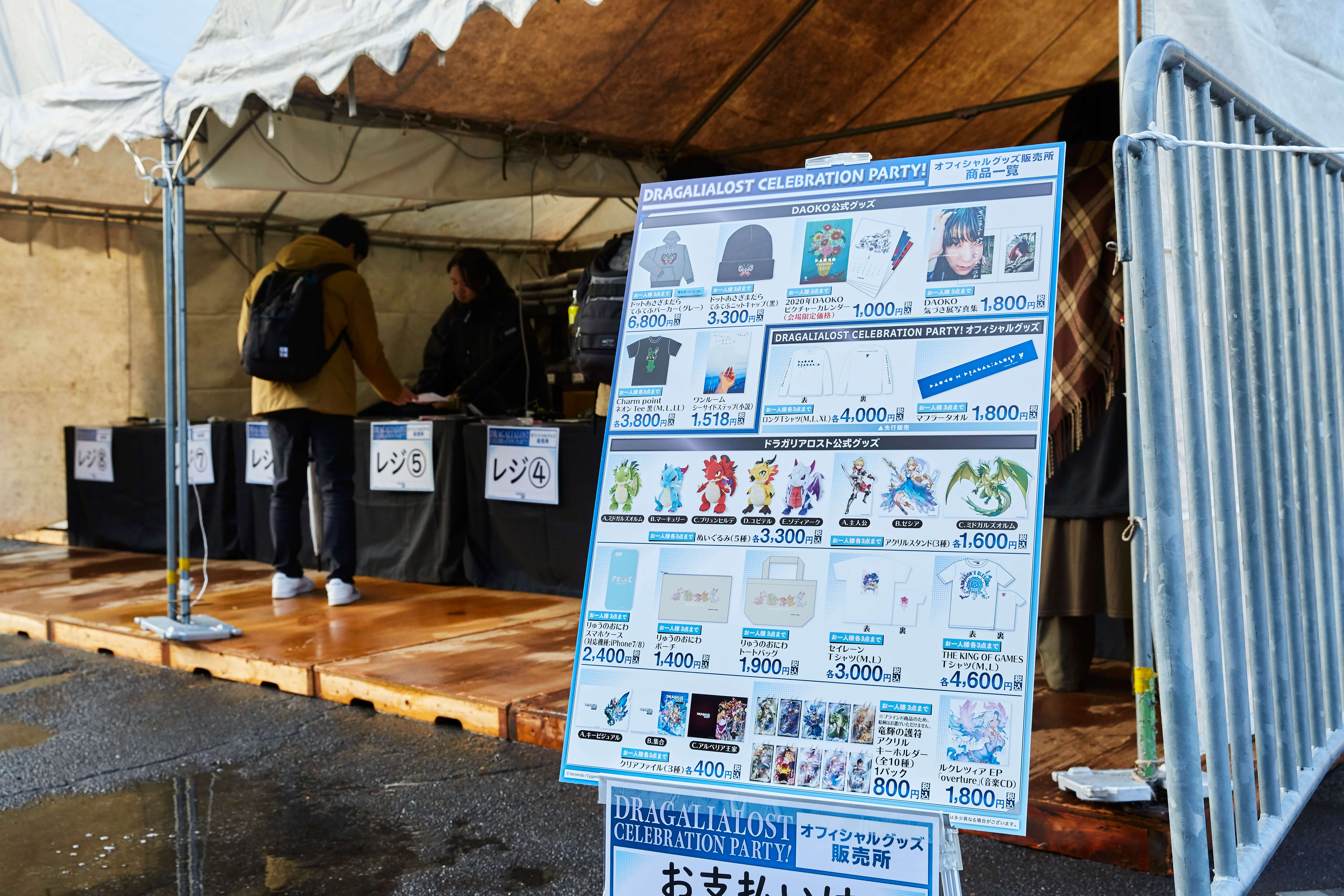 Aside from offering DAOKO and Dragalia Merchandise (including those adorable Greatwyrm Plushies!), there were two pieces of concert exclusive merch - a DAOKO X Dragalia Lost Muffler Towel, and a commemorative long sleeved T-shirt.  While stocks were still pretty decent when I got there, I heard they sold out quite quickly. 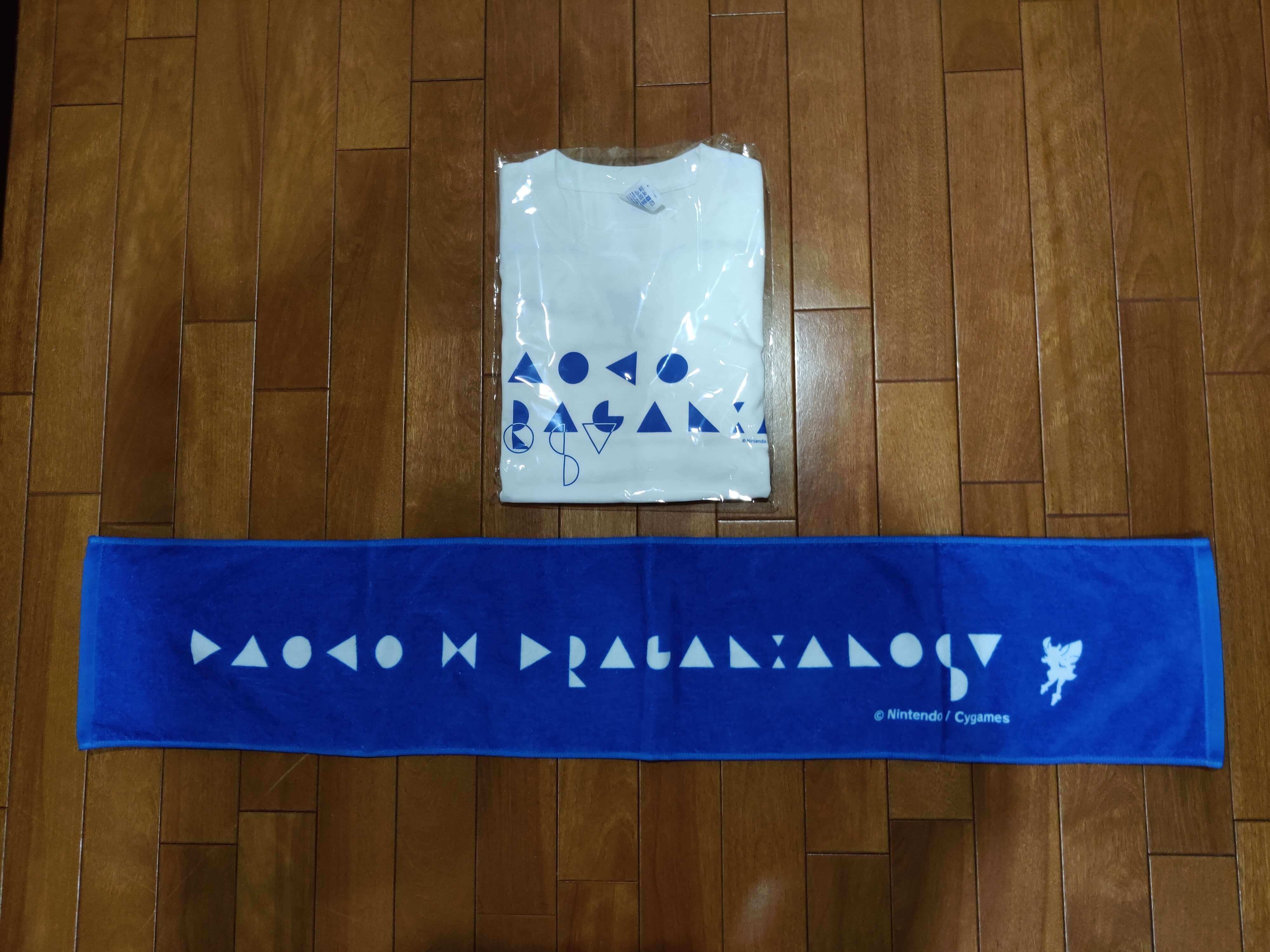 After spending some time exploring the surrounding parks and forests, the sun had set and we joined the crowd of concert-goers huddling outside Studio Coast.  As expected, there were many people playing Dragalia Lost.

Close to 5:45, they start planting signs and calling up people by ticket number.  Eventually, our number was called and we were finally able to enter the venue.

The inside of Studio Coast was nice and warm, full of Dragalia Lost decorations.  The walls had many unique illustrations! 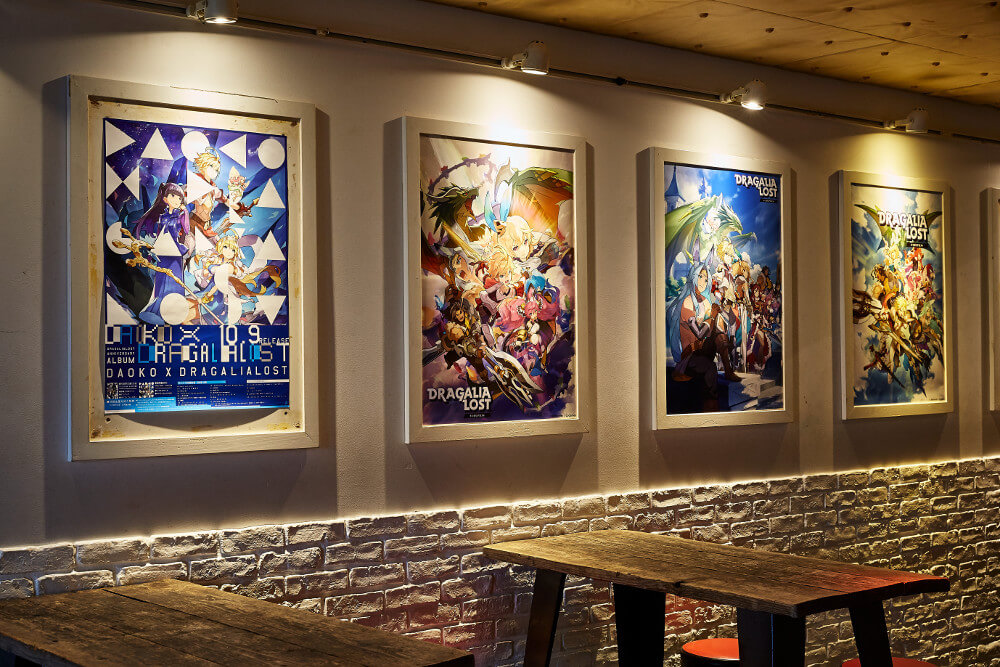 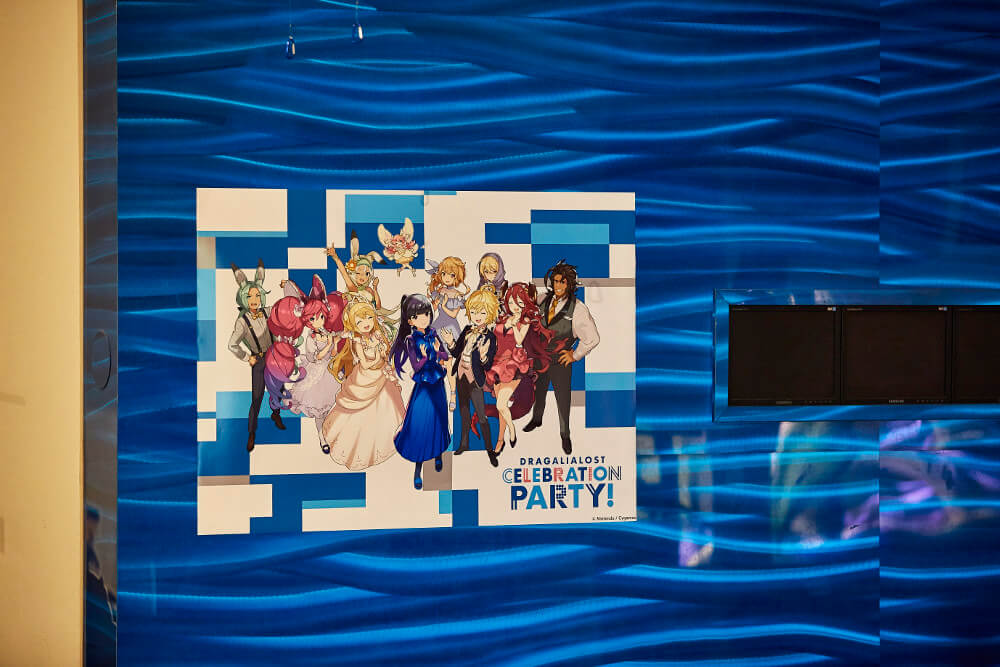 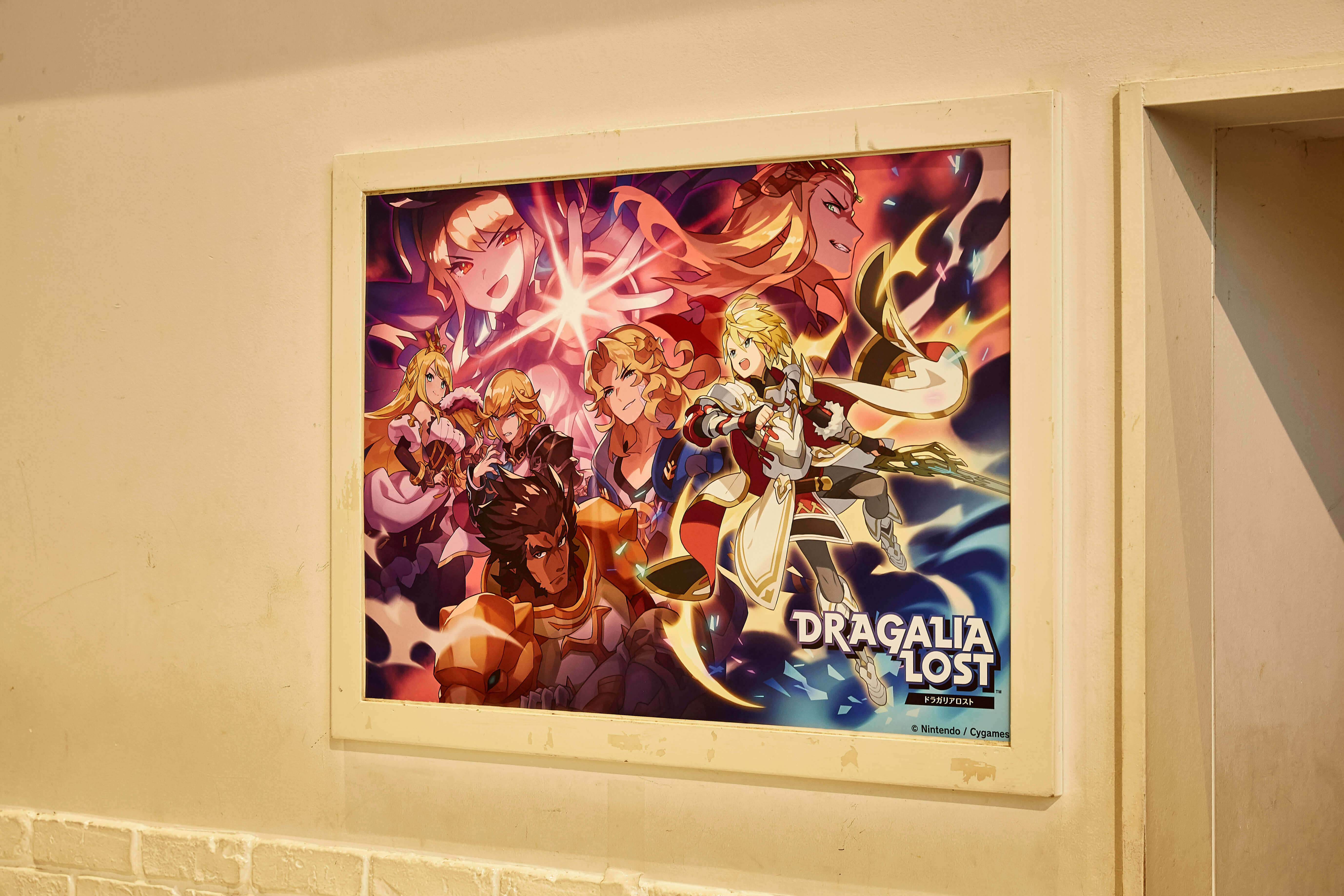 Scale-cutouts of the main cast brightened up the back of the room, where fans could take pictures with their favorite characters!  (Bonus closeup gallery) 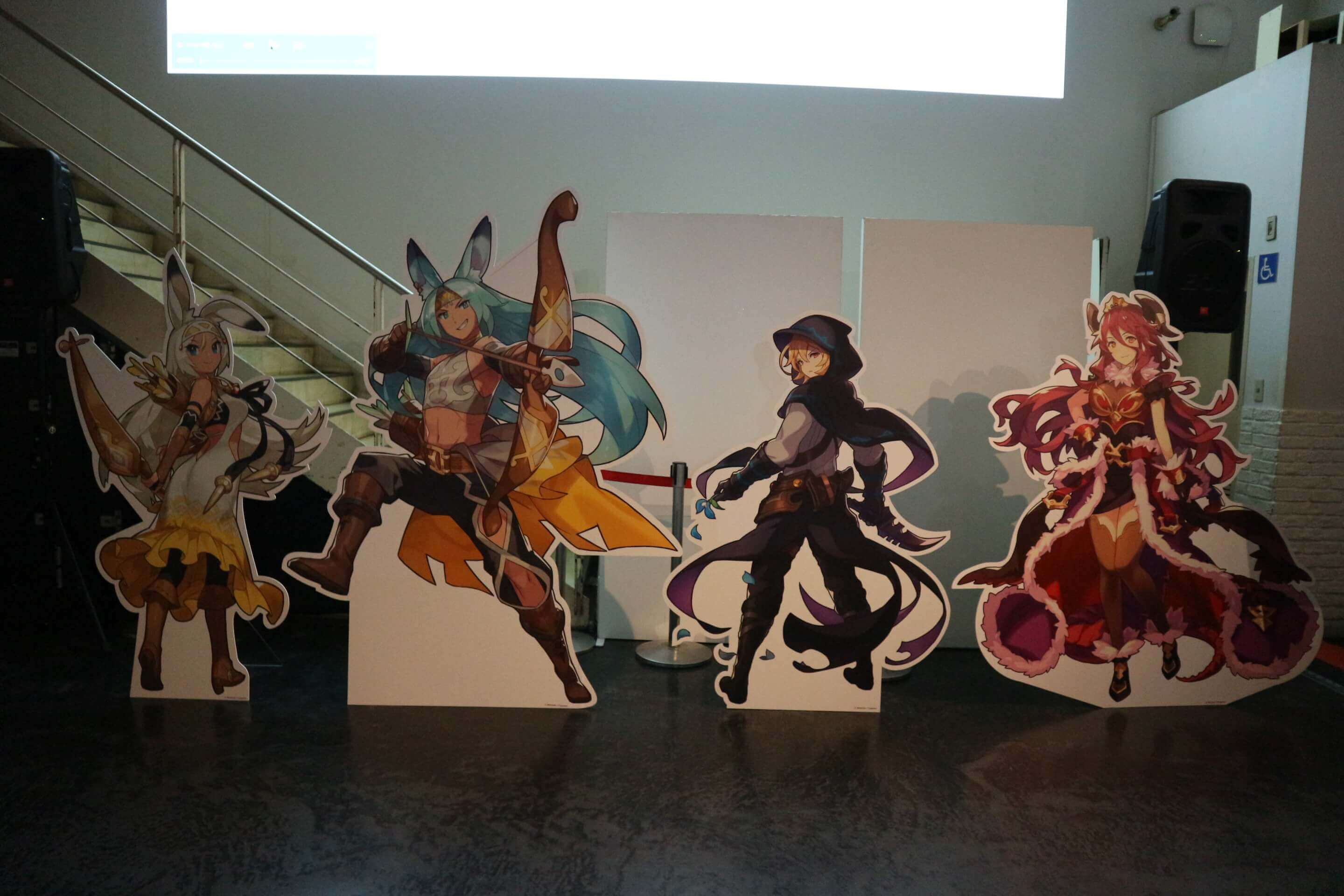 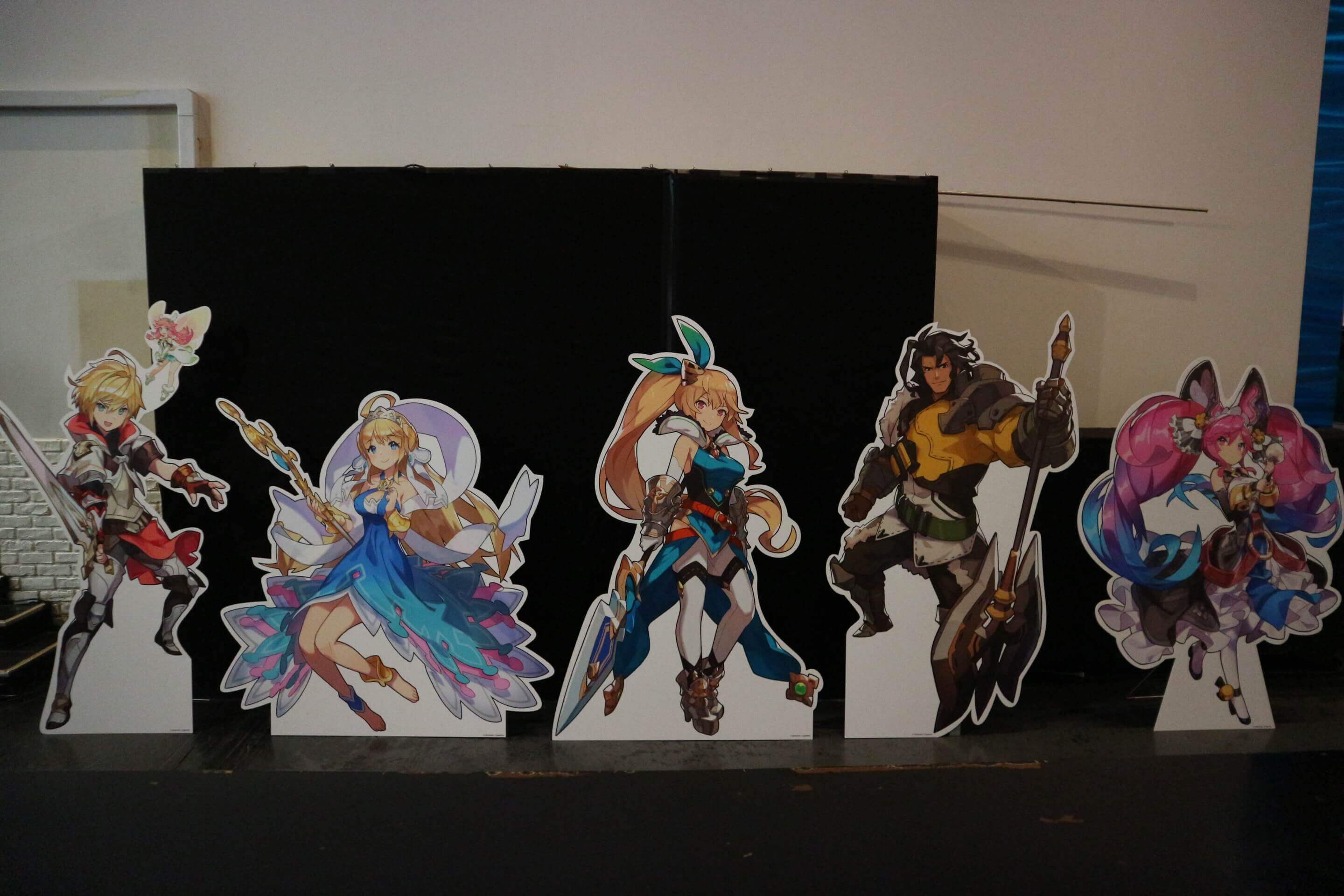 Right next to the Euden cutout side, there was a line for taking a picture of the giant Midgardsormr statue.  If you followed Dragalia Lost's Twitter and tweeted your photo, they gave out a physical "In an Unending World" Wyrmprint Sticker! 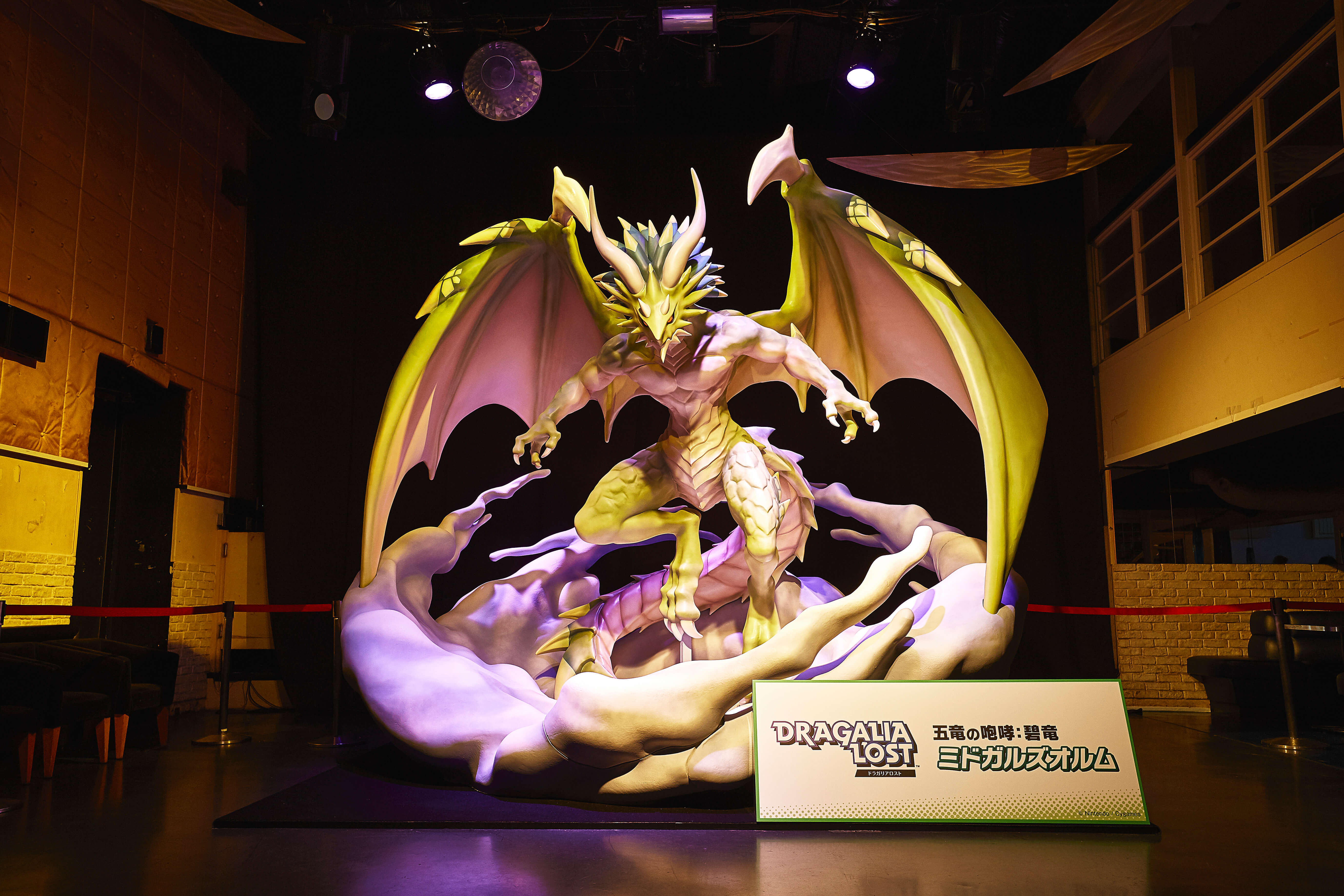 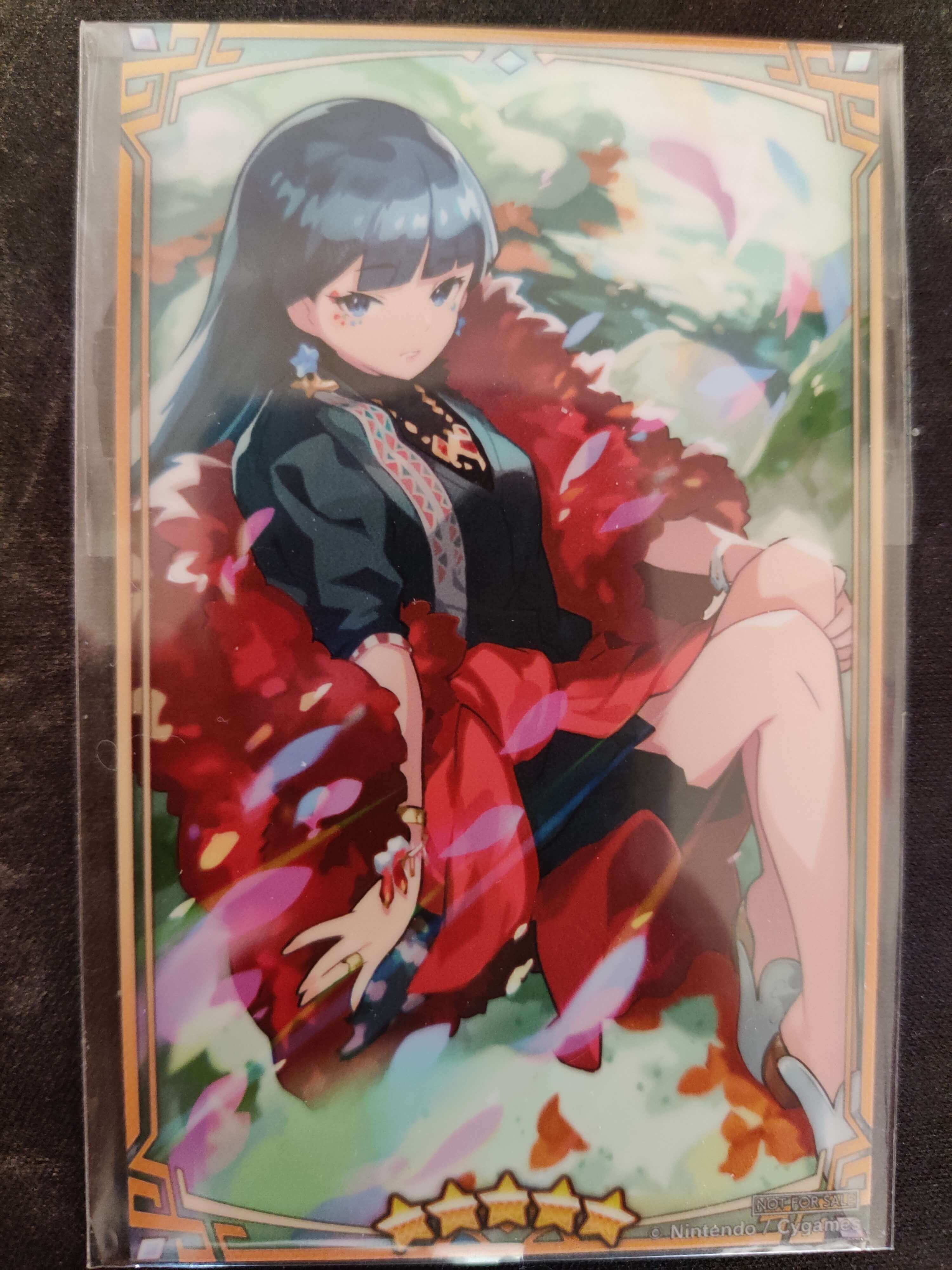 Arriving in the concert hall area, we rushed to the front where the audience could stand during the concert, with seating available in the back.

With a darkening of the venue, the screen lit up with a prerecorded message from an animated DAOKO! 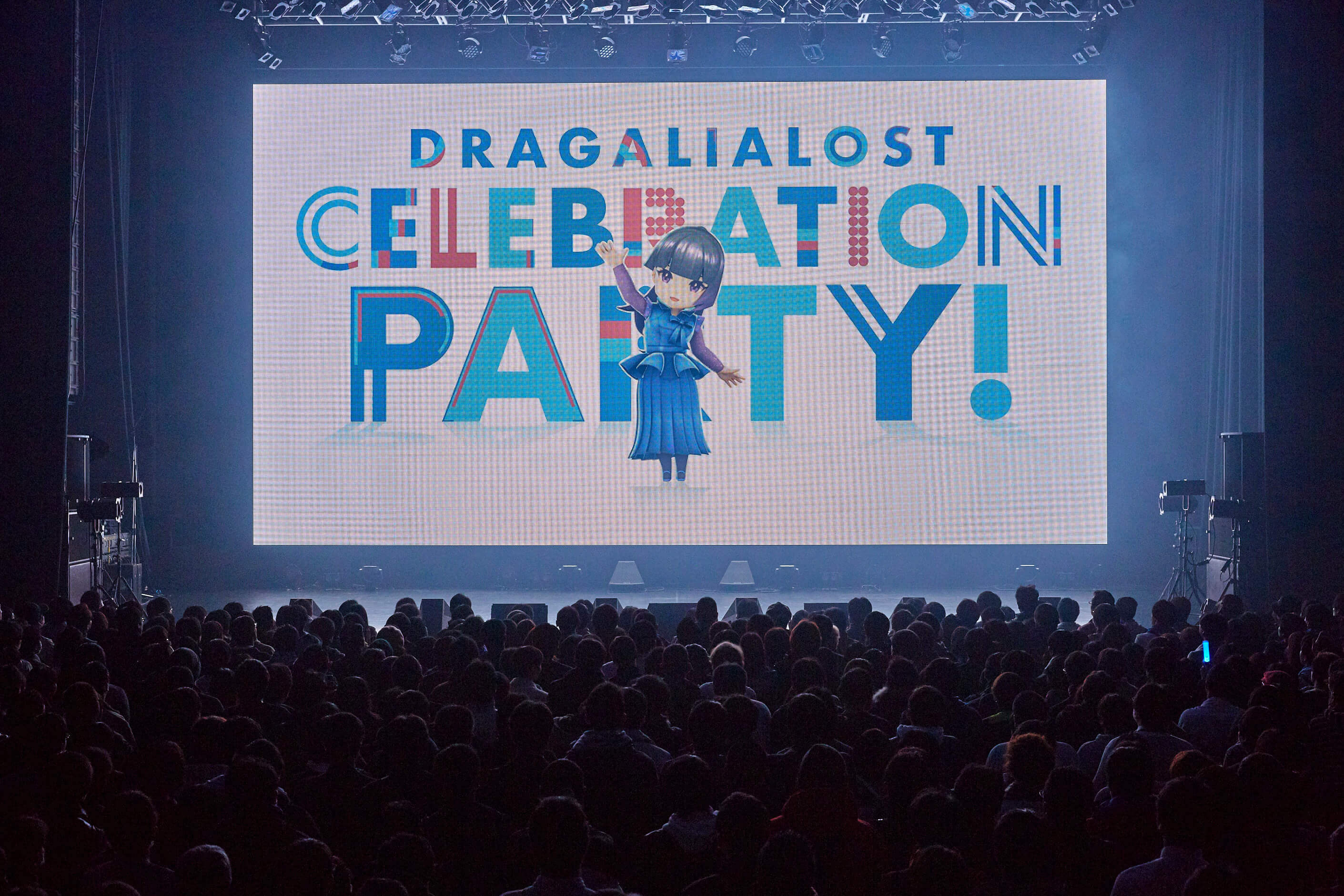 The audience is excited, and to their surprise we start with a special guest event!  The voice actresses for Sarisse (Ayaka Asai), Notte (Yukana), and Mym (Aya Endo) started off the event with a small Voice Actor interview! 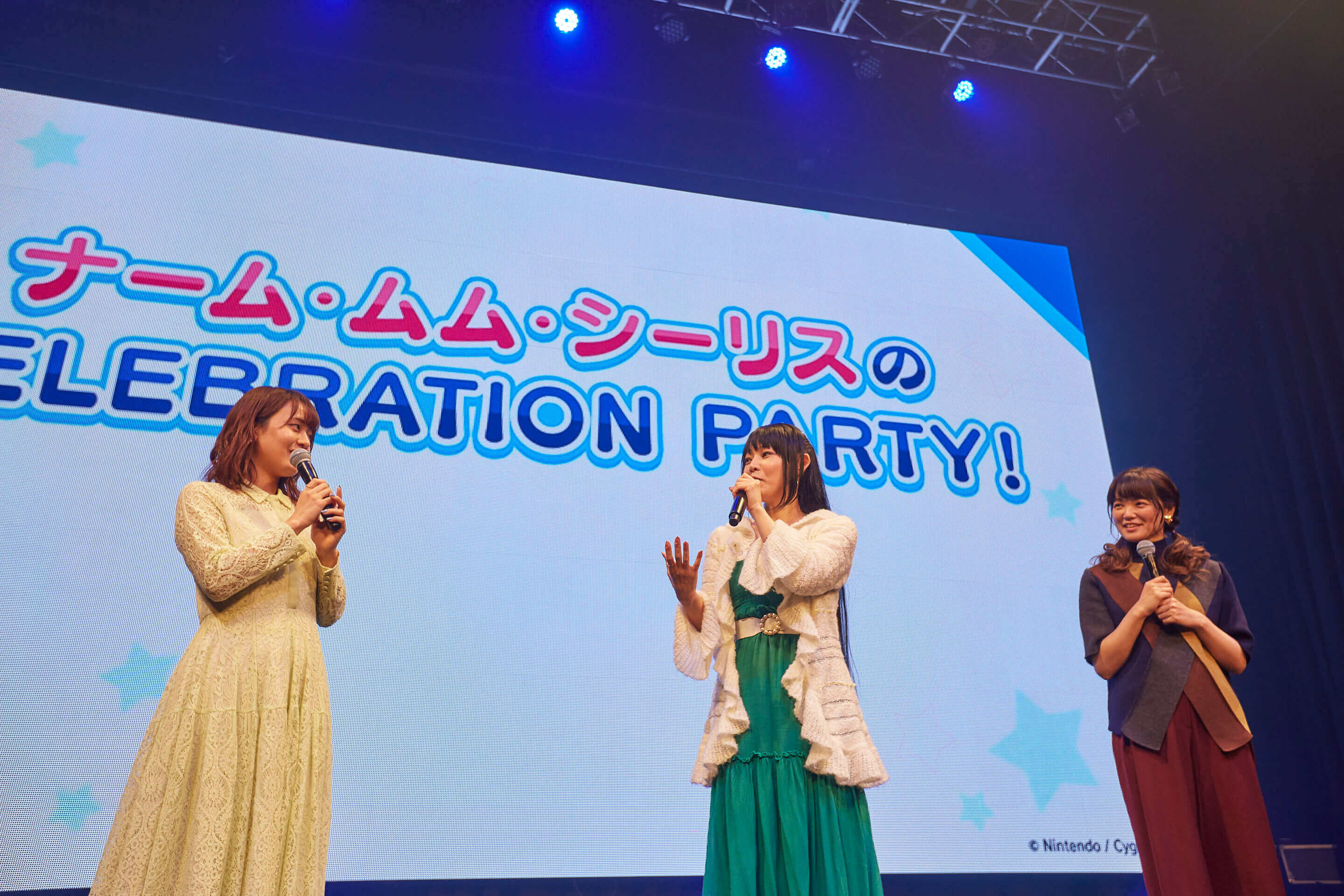 What line was the most memorable?

Yukana: Am I allowed to say this?  Ok, so for those of you who've played through the story, it's when Notte screams, "Yurusenai!" (Unforgivable!).  The whole illustration was very powerful, you could really feel it.

Ayaka Asai: I had the most fun yelling, "Konno Baka Onii-chan!" (This stupid older brother).  The original line was simply just that in text, so I had lots of fun adding the roll to the yell and giving it more character!

Aya Endo: I love Mym's delusions.  She is such a loving character and the situations of her delusions are so fun. 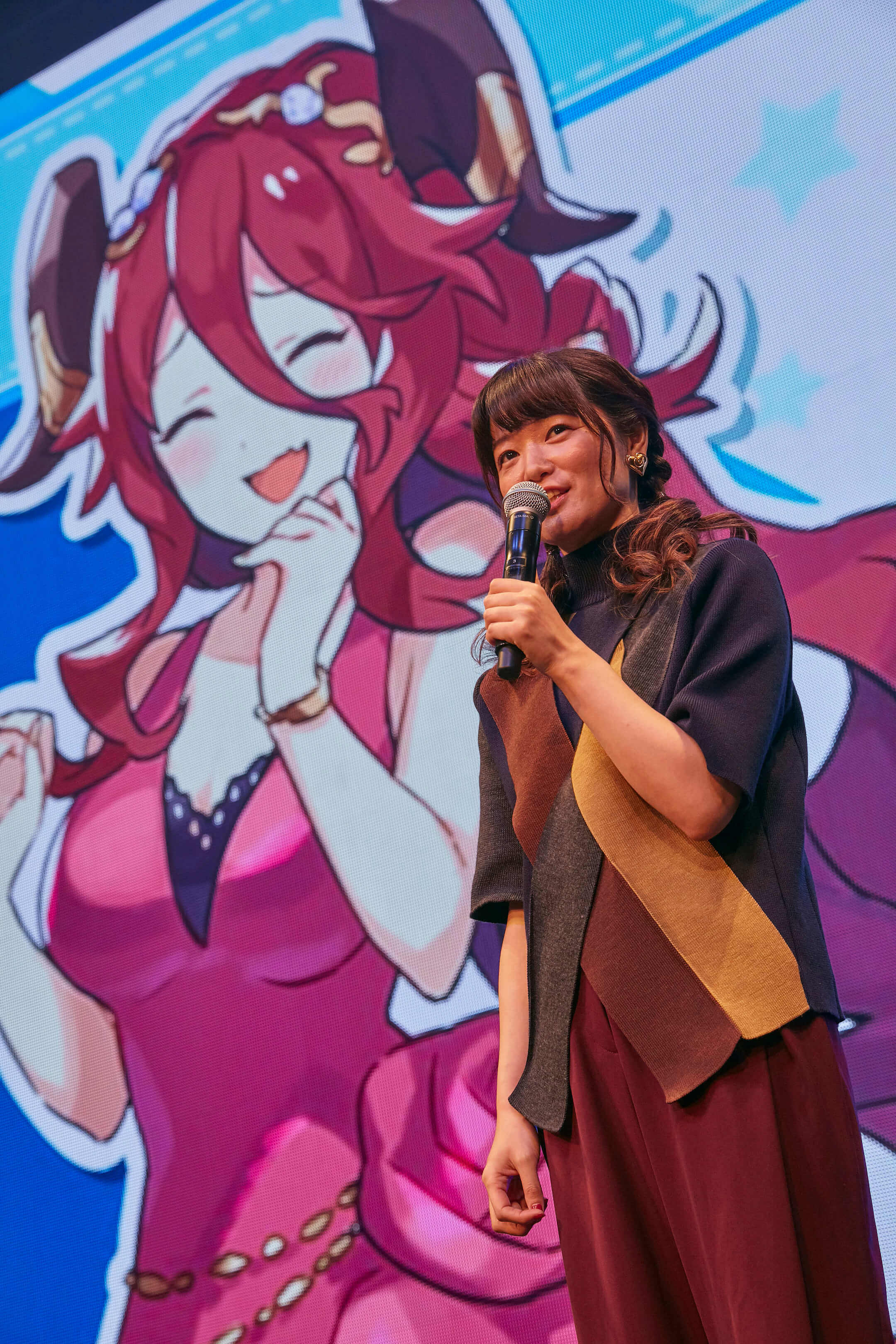 The voice of Mym and her imagination.  Any resemblance to actual persons or events is purely coincidental.

What are your favorite songs from Dragalia Lost? 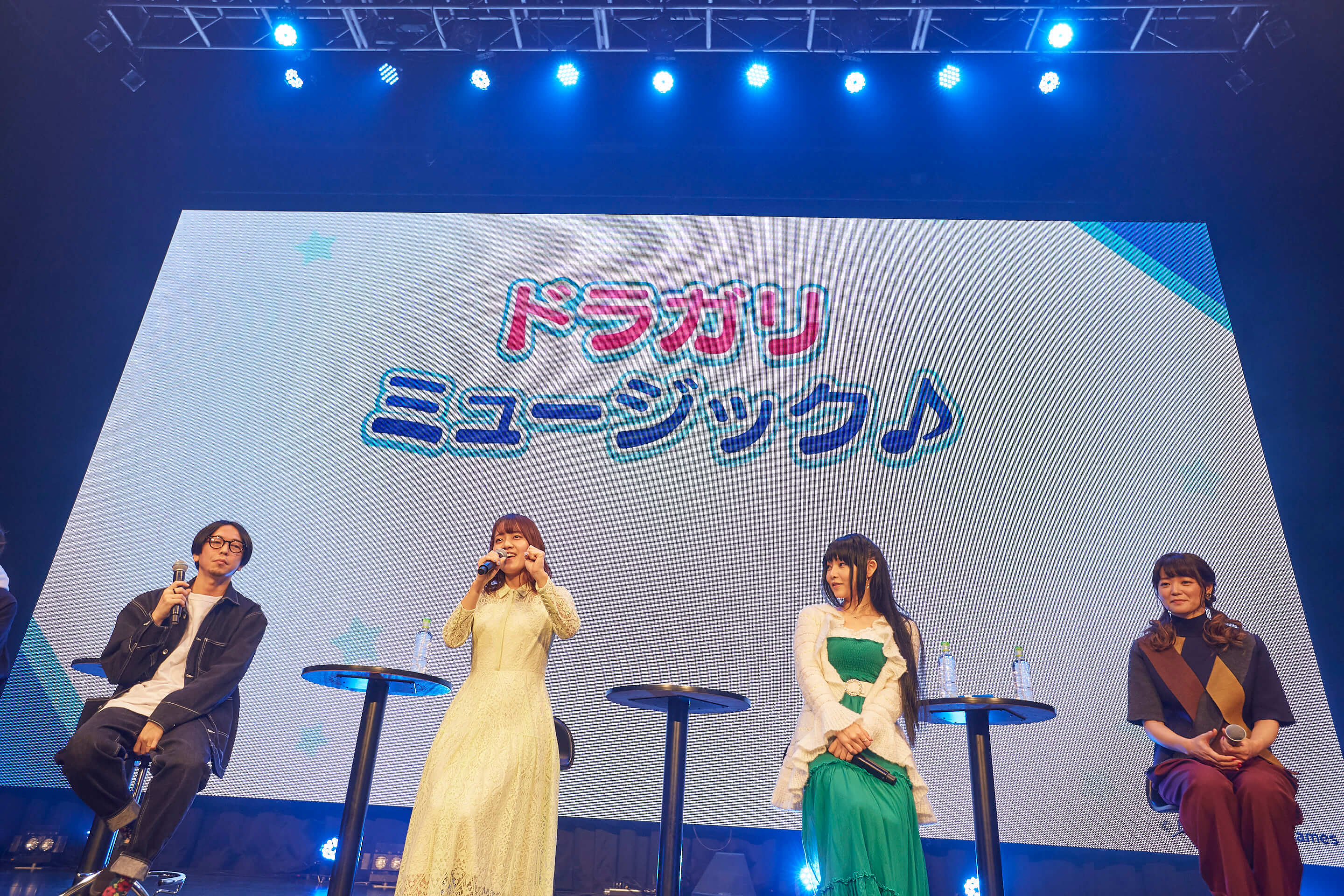 Next, Taku Inoue and Satoman took the stage, where the Voice Actors co-hosted the interview on Dragalia's sound and music design.  Some key points on the music of Dragalia Lost.

Taku started out the concert with an amazing DJ performance of Lucretia's Overture and Siren (Liyuu)'s songs.  The blending was smooth and the strong points were dazzling, with the performance truly showcasing his mastery over these songs. 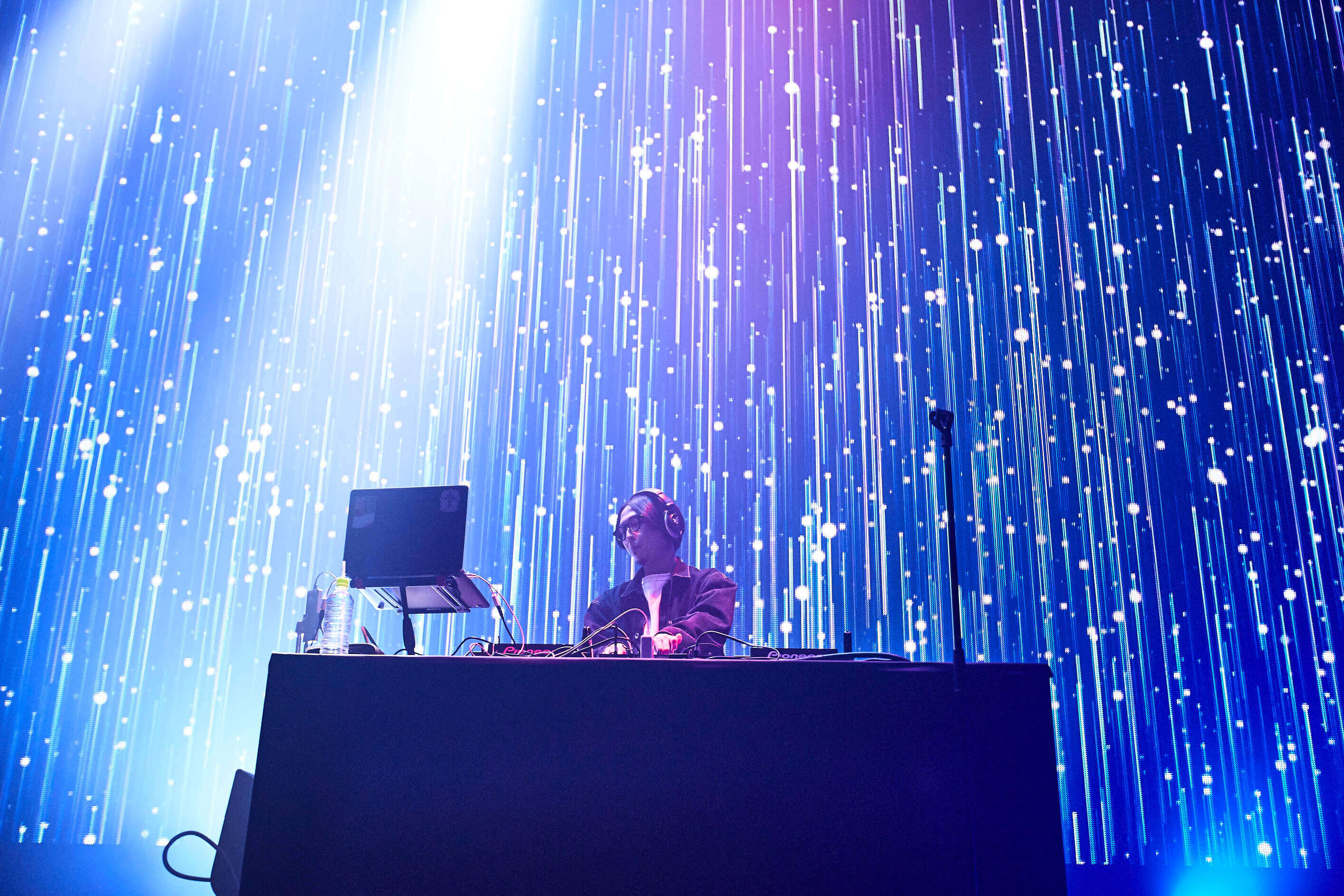 The following are the songs played: 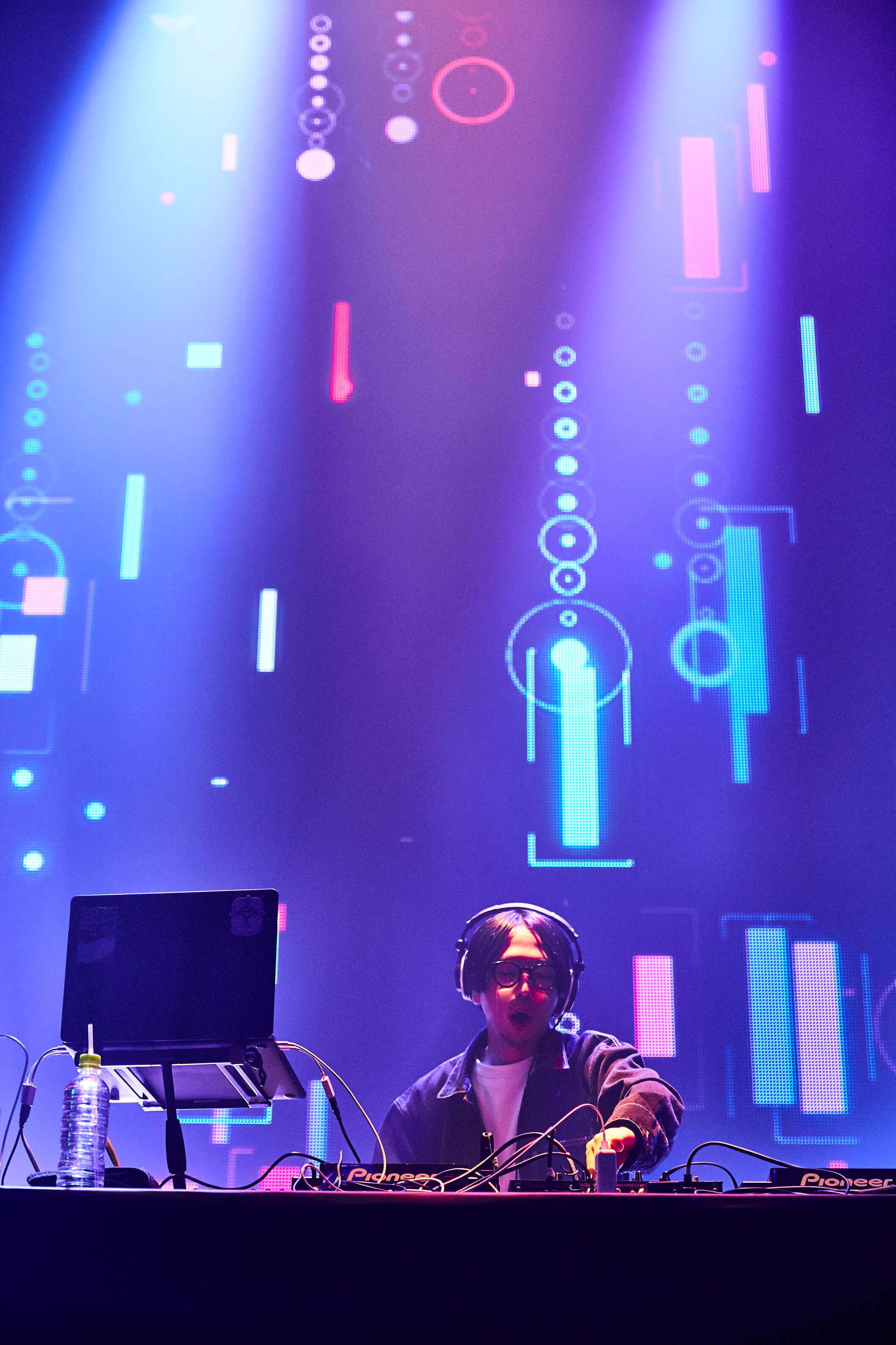 After the exciting performance from Taku, DAOKO made her live appearance on stage.  With much applause, she started off with the songs everyone loves from the games. 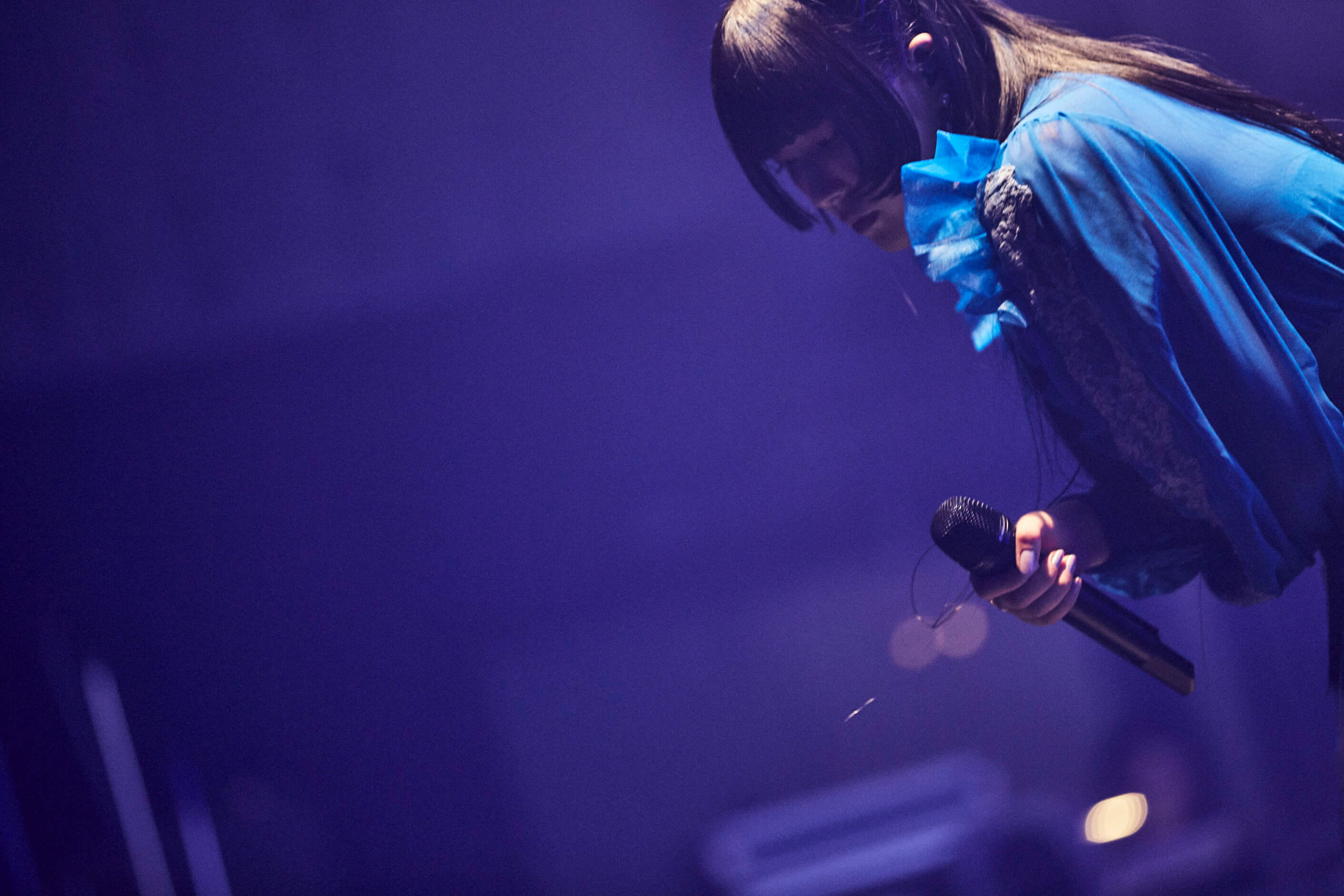 These are the songs she sang at the concert:

DAOKO sang her heart out, and after the audiences' request for more, she surprised all us with one last song, Cinderella Step.  (Note, the linked version is slightly different, but no less fitting).

And with that, the Dragalia Lost Celebration Party was over.  On the way out, they handed all the concert-goers small gifts for attending! 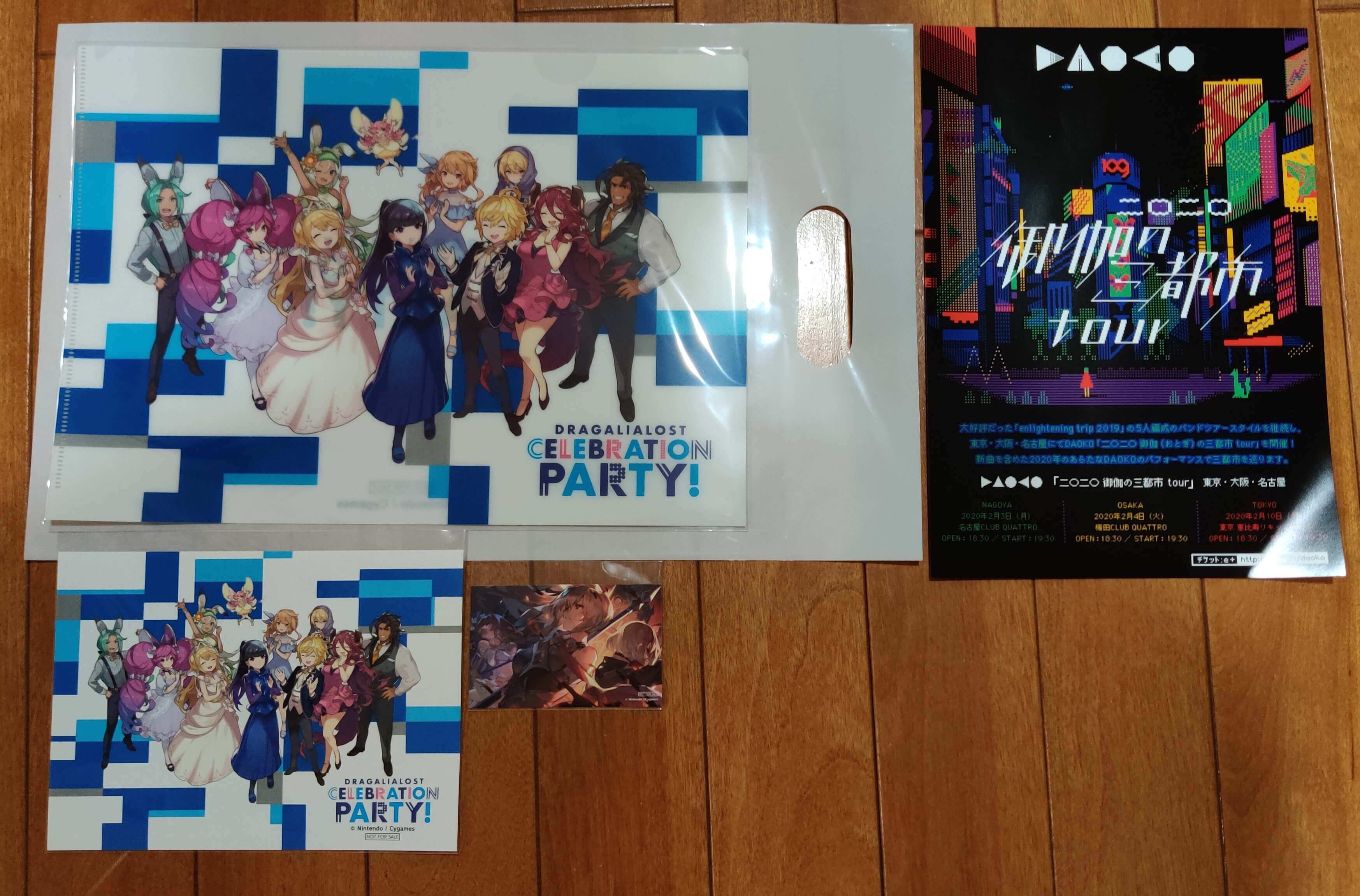 There was a clear file of the Celebration Art, a small print, an even smaller card of Elisanne (presumably as a Paladyn), a celebratory bottle of water, and a flyer for DAOKO's tour! 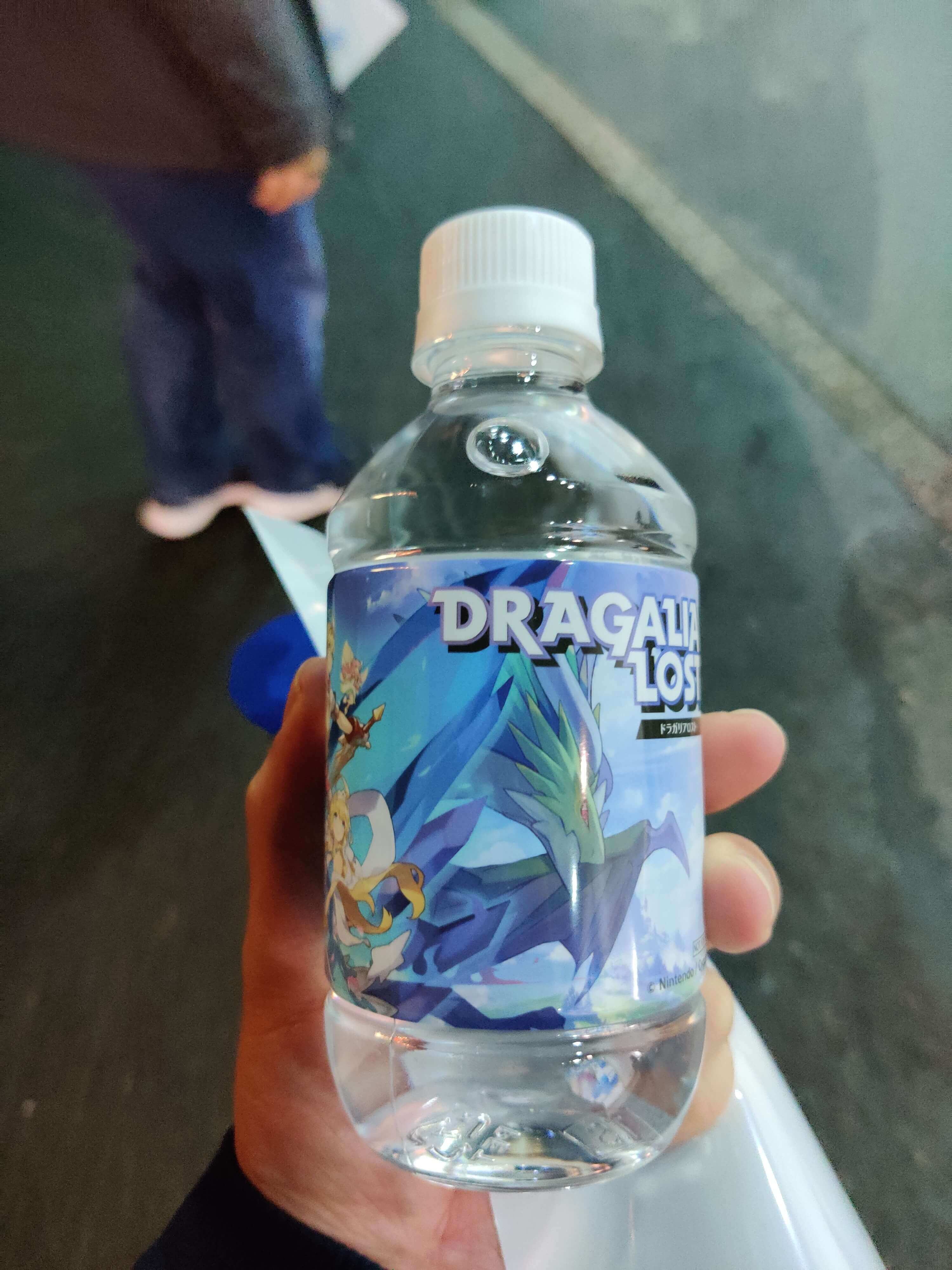 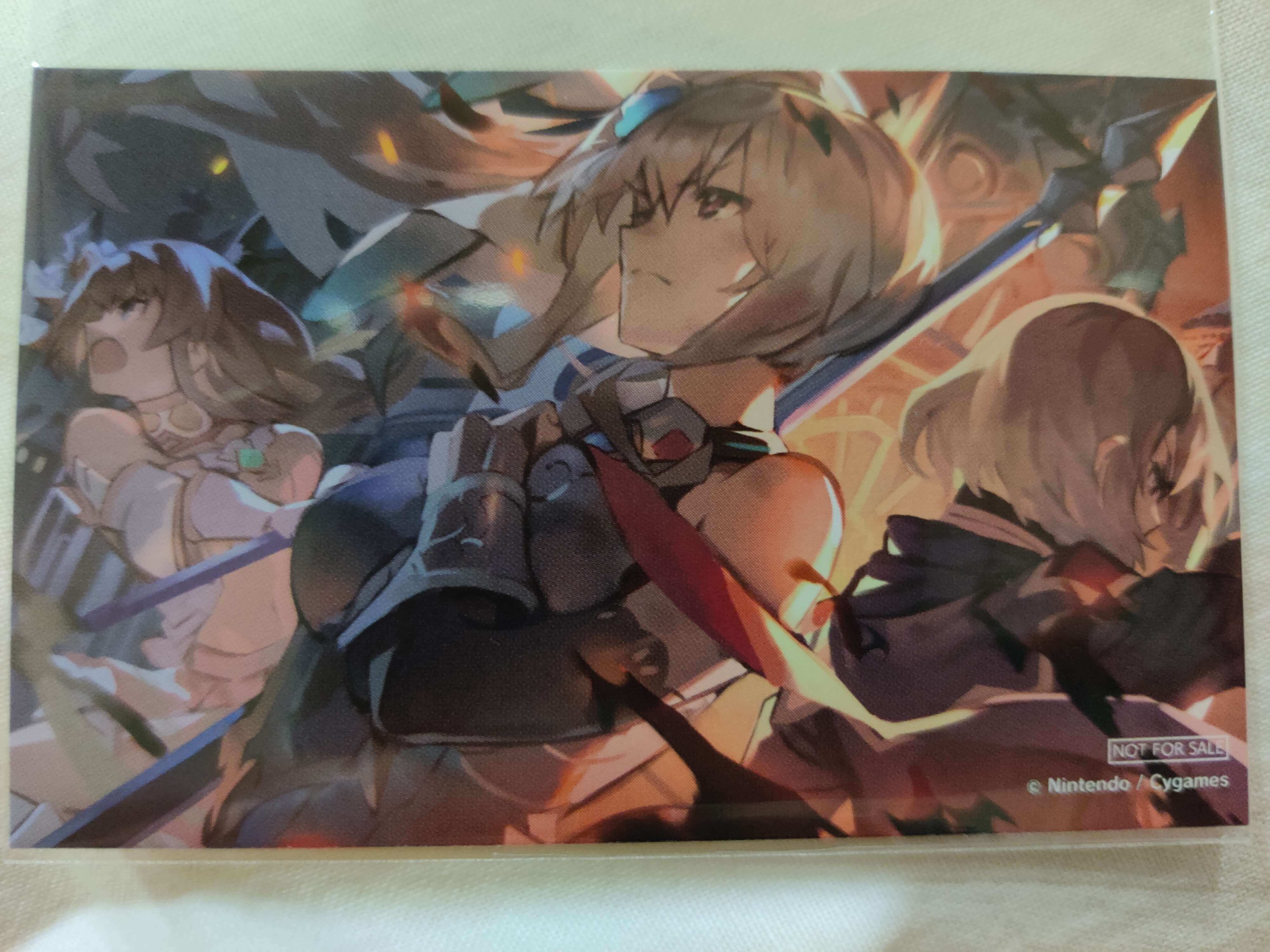 For those eager to hear, the concert music is available as a CD and digital download from this link: