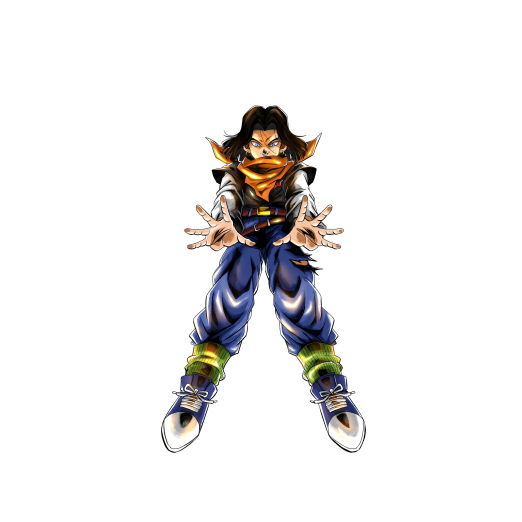 A variant of Android #17 from the unaltered timeline, EX Android #17 GRN has good Defense and he’s a situationally good Damage option too.

Unfortunately, the newer Androids’ additions made him look rusty, as he is not a Core option for that Tag anymore.

EX Android #17 GRN can be a good Tank thanks to his great Defensive stat and his Main Ability that allows him to halve the Damage received for the duration of one Combo. It’s a good Ability to use when the Vanishing gauge is not full yet and EX Android #17 GRN is forced to stay on the field.

While his Offensive stats are not looking good anymore, EX Android #17 GRN has access to some fantastic equip that partially make up for it.

EX Android #17 GRN only has one Damage Boosting Unique Ability, which also depends on at least another Android ally being alive. This makes his Offense atrocious when he’s the last man standing, and he can only be good in that regard when his Main Ability is also active.

Not a Core Fighter anymore

EX Android #17 GRN has lost his spot on the optimal Android Core, in favor of SP Android #14 GRN. The latter is basically a straight up upgrade compared to EX Android #17 GRN, who will find very little use on the field in the future due to this.

He’s not a Core option anymore for this Team, but his fantastic Z-Ability still makes him a solid bench option.

The most recent Another Future! The Android Menace! gave EX Android #17 GRN two outstanding Equip options. He is a Defense Fighter with an emphasis on Strike Attack, making this as perfect as can be.

EX Android #17 GRN was actually insufferably durable on release, but he's been power crept to death, and Androids are not in the Meta currently. Despite his dual Z-Ability, he'll be placed in Tier 3 for the time being.