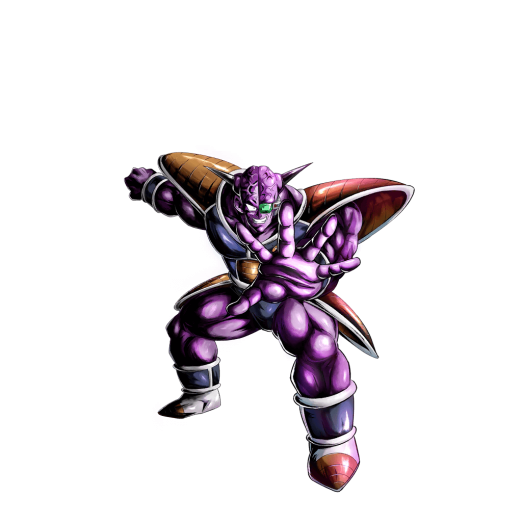 The captain of the Ginyu Force, EX Captain Ginyu has received a Zenkai Awakening which looks to be the start of Zenkai buffs for the Ginyu Force. He now has a decent Damage ramp-up and more survivability due to his self-heal and Damage reduction upon entering the battlefield coupled with his Zenkai stats.

His Awakened Arts got a huge Damage increase with his Zenkai and that can be used in conjunction with his lock-in to have a Fighter a tap punch away from death.

Overall, a decent Zenkai for the Frieza Force and Ginyu Force teams.

As mentioned above, Ginyu’s Awakened Arts: “Body Change” has received a significant buff from what it was previously. It now has an 80% Damage Inflicted Increase when activated and a 100 power increase which makes it a Massive multiplier. His Awakened Arts is also a long-ranged Arts card. This is great for countering incoming blast arts or catching an opponent in a frame trap when they strike cancel.

Ginyu’s Main Ability locks the opponent in along with himself. This is useful for taking out pesky GRN Fighters due to color advantage or to get a Rising Rush uninterrupted on any Fighter of your choice. Lock-In abilities are always great as you can use it to put yourself in an advantageous position most of the time.

Outside of his Awakened Arts and Main Ability, Ginyu doesn’t do much at all to impact a battle. His Damage is just okay and he can survive quite a bit but it’s nothing extraordinary.

EX Ginyu PUR is a great option for Frieza Force, as I stated up above. He can support the team well and his lock0in can prove to be valuable in the current meta against cover change, endurance, and revival Fighters who can negate Rising Rushes. His Awakened Arts will also deal a good amount of Damage to opposing Fighters.

This is the Team that EX Captain Ginyu PUR was made for as this Fighter is most comfortable when surrounded by his hand selected soldiers. EX Captain Ginyu provides Damage and Critical Rate bonuses to his Teammates, giving the Support they need to perform at their full potential.

EX Captain Ginyu PUR is also capable of decently high Damage output on his own when he has the Synergy given to him by his loyal squad.

15% Damage Inflicted is a ridiculous Boost to his Offenses, and it comes with a Boost to both Defenses as well.

EX Ginyu PUR is rewarded simply for being paired with other Ginyu Force Fighters, by increasing his own Damage, Ki Recovery Speed, and decreasing the cost of both his Strike and Blast Arts Cards. He in turn gives his Teammates some Damage Buffs when switched to standby, as well as the capability of trapping an Enemy Fighter. All of this is great for an EX Rarity Fighter, but the Ginyu Force is not what it once was.