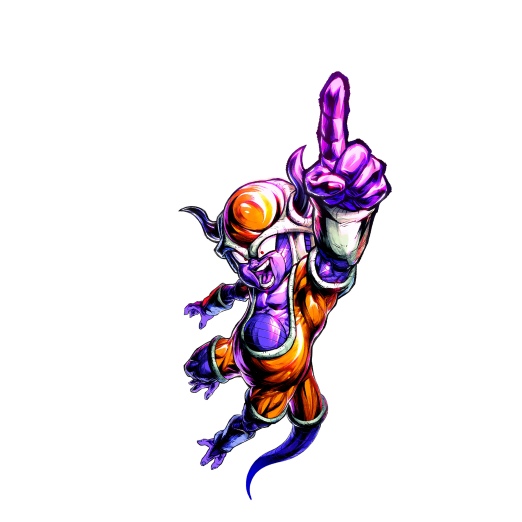 EX Chilled YEL is a decent Support choice for the Lineage of Evil Tag, and is especially useful in Blast-oriented variants of the Tag Team.

In fact, his permanent Team Buffs and his decent Damage potential make him quite useful in battle, and his Z-Ability is excellent for the Tag as well.

However, Lineage of Evil has better options than him, specifically SP Full Power Frieza YEL, who makes the Team much more resilient. Despite that, he's a great option for players who want to run the Lineage of Evil Team, but lack the Full Power emperor.

His Unique Abilities and Z-Ability make EX Chilled YEL a fantastic Teammate for Lineage of Evil's best Fighters. The main Buffs he grants are permanent, and come into effect 20 Timer Counts after the battle has begun, whether he's alive at that point or not.

These Buffs are +20% to Damage Inflicted and +20% to Ki Recovery, and due to the permanent nature of these Buffs, Chilled is a superb Teammate for SP 1st Form Frieza PUR, who also provides permanent Buffs to those stats.

Everything in his toolkit Boosts Damage to some extent and his stats give those Buffs a lot to work with.

Putting him on the core also means he and his Teammates will be frequently inflicting Paralysis, which is a nuisance for his foes to deal with.

While his Defensive stats aren’t catastrophically low, his awful Health stat makes him a quite fragile target for any opponent. The Lineage of Evil Tag's best Defensive option competes with Chilled for a slot on core, so he's easy prey on any Team variant that chooses him over Full Power Frieza.

Lineage of Evil’s best Yellow is SP FF FP Frieza YEL, and his impact is much greater than EX Chilled YEL’s, to the point that the Team changes completely with the former being part of it.

EX Chilled YEL was made for this Team Build. While EX Chilled YEL is not a bad alternative for SP Full Power Frieza YEL, it’s likely that he’ll only be considered a bench Fighter while that Frieza exists in the same space as him. He does synergize well with SP 1st Form Frieza PUR and SP Golden Frieza GRN though.

His stats are relatively even Offensively, but his toolkit emphasizes Blast Attack. As such, this is the way to go.

More Blast Attack and some help for his average Defenses is a good choice here, despite the relatively low 13% Boosts. EX Chilled YEL doesn’t have too many good Equip choices otherwise.

EX Chilled YEL is listed as a Ranged Fighter, but does quite a bit for his Teammates--mostly through Debuffing Damage Received whenever he enters the battlefield. He also enables his Teammates’ Blast Arts Cards to potentially inflict Paralyze. That being said, his only real use anymore is his Z-Ability.