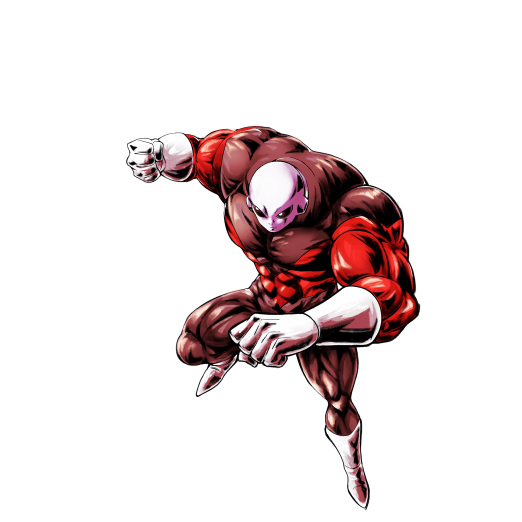 Another powerful BLU EXTREME Fighter has come forth to destroy the PvP meta. EX Jiren BLU is one of the better EXTREME Fighters to have been released this year and he’s a force to reckoned with.

Jiren is Anti-Son Family and God-Ki which is half of the current meta and as such, he’s an incredibly valuable character to have on the Universal Survival Saga team.

Jiren’s toolkit isn’t just based around Son Family and God-ki though, as he has great Damage, support and has an effect similar to, LL SP SSJ4 Gogeta GRN where he becomes neutral typing but Jiren does it when he’s swapped in on a cover change.

t’s always a positive when a Fighter has Blast Armor as that already puts them above other Fighters when it comes to neutral play. The opposition has to be incredibly careful about using their Blast Arts in neutral or when trying to catch Jiren in a frame trap as he’ll go through it and gain a 40% Damage inflicted absurd increase.

His Special Move also gives him an advantage in neutral as it also has Blast Armor and he gains 40% Special Move Damage Inflicted when he enters the battlefield.

As mentioned in the Overview, Jiren has an Anti-Son Family and God Ki passive. He gets 40% extra Damage towards these tags on top of the 90% he gets when he enters the battlefield. Son Family and God-Ki are two of the most common tags in the game so Jiren will be able to utilize this passive to its full extent.

Jiren has a phenomenal toolkit but he lacks a bit when it comes to his stats. They aren’t great but they’re serviceable at reasonable star counts (7 and above).

Jiren’s teams are currently lacking in a few departments to compete with the other meta teams running around in PvP. Due to this, Jiren will most likely see a lack of play until Universe Survival Saga gets better in the future.

Jiren is the best BLU Fighter for Universal Survival Saga, taking over from the great SP Toppo BLU. Unlike Toppo, Jiren buffs USS’s Strike and Blast Defense with his Z-Ability and he provides an insane amount of neutral play when paired alongside LL SP Ultra Instinct Goku PUR, a Fighter who also has good neutral play.

Having Jiren on the team is incredibly valuable due to the Damage he can cause to Son-Family and God-Ki Fighters with ease.

On Rival Universe, this is where Toppo can outshine Jiren due to Toppo’s ability to help this team in so many areas where they lack. However, Jiren can still be a viable option on this team and it could be argued that against Son Family or God-Ki teams, Jiren trumps Toppo.

Jiren can provide support for the team as well as receive it from the likes of SP Vados GRN. While not the tankiest Fighter, he can still shield his team from a few hits and hit the opposition just as hard.

An obvious must-have for any Extreme Blue Fighter.

A great Equip for Jiren, providing a very large Base Strike Buff as well as a Buff to his already powerful Special Move.

A Pure Strike Equipment is a must-have here when the previous Equipment provide such a large Base Strike Buff.