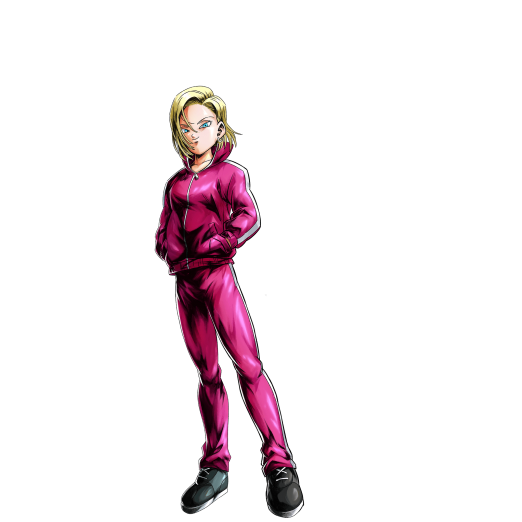 The waifu of Universe 7, SP Android 18:DBS BLU is here to PUNCH her way through the competition. On the surface level, her toolkit is a watered-down version of SP Android 18 YEL but without the card draw speed and instant pressure. Nevertheless, she can ramp up her Damage quite easily and has some good support for her teammates.

SP Android 18:DBS BLU can deal great Damage to top meta Fighters. She gets a basic 70% Damage Inflicted increase which cannot be canceled. This isn’t spectacular on its own but her ability to ramp up her Damage can quickly lead to her dealing significant Damage. She gets a 20% Damage inflicted increase when she uses an Arts card.

This is a minor unique but SP Android 18:DBS BLU has a 20% Strike Damage increase against Girls. This makes her the optimal choice to bring against the Female Warrior Team.

As mentioned in the Overview, SP Android 18:DBS BLU has some good support for her teammates. She provides a 15 Ki restore and 20% Damage inflicted buff on swap-out, which can prolong your combo while dealing more Damage.

For Universe Survival Saga and Androids specifically give a 20% Damage increase to Special Move Arts and a 40% Ki recovery buff.

This support synergizes well with SP Android 17:DBS YEL as his Special Move is a focal point of his toolkit and it also synergizes well with LL SP Ultra Instinct Goku PUR as her 40% to ki recovery buff will give him a 90% Ki Recovery when 18 switches into him and this will also be useful with her green card that gives a new hand.

SP Android 18:DBS BLU doesn’t have any access to a card draw speed increase which hinders her Damage ramp up. Her combos are naturally going to be shorter so she can’t effectively ramp up quickly.

SP Android 18:DBS BLU has some fierce competition for the main BLU Fighter for the team as she is up against one of the best non-Zenkai Fighters in the game, SP Toppo BLU. However, she does buff the team with her Z-Ability while Toppo does not. With this she’s one of the six Fighters for the team and as such could possibly see more use than Toppo.

Her support for the team can also greatly help out Fighters such as LL SP Ultra Instinct Goku PUR and SP Android 17:DBS YEL.

Sadly SP Android 18:DBS BLU is a secondary BLU Fighter for the Androids team as SP Android 21 BLU is superior in everything except Damage which Androids don’t need.

A HP Equipment is necessary on every Fighter. This Equipment additionally provides a very large Base Strike Buff with additional Damage to RED Fighters as an added bonus.

This self explanatory choice for an Equipment is recommended for every Melee Universe Survival Saga Fighter.

A Pure Strike Equipment is absolutely essential on a Fighter with so many Base Strike Buffs from the previous Equipment.

This is the optimal Equipment for the USS Team. For the Androids Team, Awakened Oh, Relax Will You?

SP Android #21 BLU and SP Toppo BLU do give her a run for her money as the primary blue on her Tags, but an argument could be made in both instances.

While #21 has the superior stats and support, SP Android #18 BLU can be used if a superior damage output is preferred. For Universe Survival Saga, #18 has phenomenal synergy with SP Android #17 YEL, and also buffs the Tag unlike Toppo. It could be argued that SP Bergamo RED can take care of the Tank duties in place of Toppo as well if #18 is used on the core.