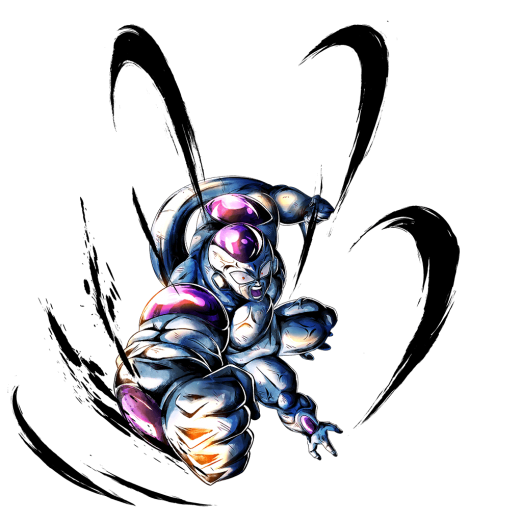 SP Full Power Frieza YEL is exactly what his Tags asked for. He’s a beyond impressive Cover Change tank with absurd burst Damage and a kit that seems tailor-made to give the unhinged emperor the advantage over his foes every step of the way.

Each of his Unique Abilities are designed to let SP Full Power Frieza YEL fill a specific role on his Team. His first grants him an instant 50 Ki as well as Damage Buffs on entrance for 10 Timer Counts. This Ability lets the tyrant take advantage of openings provided by his allies and extend his Team’s combos.

SP Full Power Frieza YEL’s second Unique Ability lets him assume the role of a premier Defensive pivot, reducing Damage sustained and enemy Ki upon switching into a Combo. He even boasts an Endurance Ability, which allows him to survive a fatal hit once per match.

SP Full Power Frieza YEL is a force of nature with few discernible faults. This Fighter should always be run on the Cores of both of his Tag Teams; he’s that exceptional.

Jack of All Trades, Master of All

SP Full Power Frieza YEL can fulfill just about any combat role. He can Tank, deal excellent Damage, and even Support his allies. Simply switching to the pompous potentate Restores 50 Ki, so he can be used to keep Offensive momentum up when Ki is running low.

His +50% Damage Inflicted Buff for 10 Timer Counts that he grants himself upon entering the battlefield is without a doubt absurdly strong, and gives both the Strikes and Blasts of this cold commandant some serious kick.

There isn’t a single role SP Full Power Frieza YEL fulfills that he doesn’t excel in.

His Special Arts card is a forward-charging Counter maneuver that boosts damage output and foils any Arts Card. This Counter can seamlessly Combo into a Special Move Arts Card.

SP Full Power Frieza YEL can deliver a deadly coup de grace with his Main Ability, which draws a Special Move and enhances it, giving the deranged despot 1-shot potential assuming the right buffs are active.

The Special Arts card Nova Strike is so absurdly beneficial to SP Full Power Frieza YEL’s Team that its virtues bear repeating. This is a counter that can be safely initiated from a neutral position, Buffs Inflicted Damage, and Combos into other Arts Cards.

Units like the megalomaniacal monarch, who possess unique Combat loop-shifting Cards like this, are simply superior in the neutral game.

Staying true to his anime counterpart, SP Full Power Frieza YEL is not able to maintain his strength in prolonged bouts and needs to frequently catch his breath.

The Damage Buff that fuels our favorite space racist only lasts 10 Timer Counts after he enters the battlefield. For this reason, SP Full Power Frieza YEL works best on the sidelines until one of his roles is required. This allows maximum flexibility while getting the most out of the full power Fighter’s utility.

Unfortunately, this renders him extremely weak in Crisis scenarios, where he won't have time to utilize his utility that is, for the most part, exclusively activated when he enters combat.

While SP Full Power Frieza YEL is a fantastic answer to enemy Combos, the length of his Damage Buff, 10 Timer Counts, gives him very little time to make use of it. If he checks and enemy Purple Defensively, he must rush to do so Offensively as well, limiting his flexibility in scramble situations.

SP Final Form Cooler BLU’s support buffs help accentuate the overwhelming offense of his full power brother. Another Fighter who can benefit Frieza is SP Cooler PUR, whose Support and Defensive Utility turn the Team into a veritable wall.

If a Defensive Red Fighter isn't preferable, SP Final Form Frieza RED can be used in Metal Cooler's place. The Offensive power of the Transforming conqueror is greatly enhanced by the presence of his Full Power doppelganger.

Frieza's already excellent Offense can be further Supported by SP 1st Form Frieza PUR, a Fighter with a constantly active suite of Offensive Buffs that dials up the punishment Full Power Frieza is capable of.

EX Recoome BLU, for example, can check SP Full Power Frieza YEL’s counters with ease and provide his master with a Heal via his Main Ability.

EX Captain Ginyu PUR can be paired with the full throttle fascist to bolster his damage output with consistent Support. SP Full Power Frieza YEL can also be run alongside SP Pod Frieza BLU, and if he is, he gains access to both Lineage of Evil and Frieza Force Bench options.

The Final Boss of the Frieza Saga is one of its best Fighters, and his Defensive power is a necessity on this otherwise fragile Tag.

He can be used alongside the warrior who allowed him to achieve his fully powered state, SP Angry Goku BLU, or even one of his notable homicides, EX Nail PUR, whose comprehensive kit lets him excel as an Offensive or situationally Defensive Pivot.

SP Full Power Frieza YEL is in a unique position as the strongest Yellow Defensive Fighter in the game. This allows him to function very well in Yellow Color Counter Teams alongside extremely powerful Fighters that are entirely focused around Supporting this archetype like SP Hit YEL and EX Legendary Super Saiyan Broly YEL.

Frieza's Defensive Utility is greatly appreciated on this Team, as its bulk is always going to be somewhat lacking.

This is one of the better Defensive Equips in the entire game, and is a must-have for him.

A huge Buff to Strike Defenses and some truly massive Buffs to Strike Attack are great for any Fighter, especially those that have fairly equal Mixed Offense like SP Full Power Frieza YEL.

While quite Offensive, it does still come with a ton of Strike Defense. Since SP FP FF Frieza YEL Draws a Special Move as well, the monstrous 20% to Special Move Damage makes it too enticing to pass up.

FP FF Frieza still has some use due to his disruptive capabilities and his Special Move which can do a good bit of Damage after a  FF Cooler switch, but that’s about it.