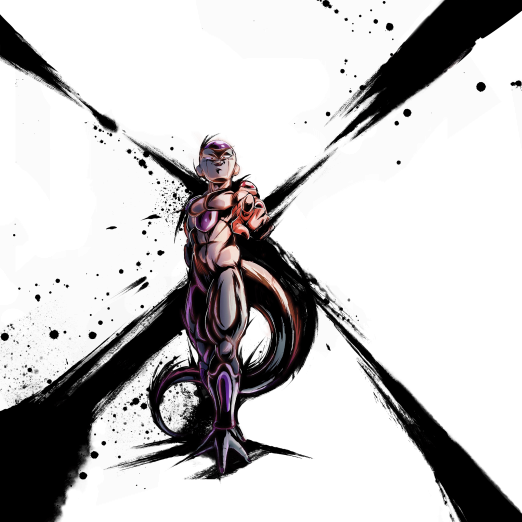 SP Final Form Frieza YEL has received a Zenkai Awakening and his toolkit emphasizes his hatred for the Saiyan Race as he gets more powerful if you fight Saiyan Fighters.

This Fighter is also great at setting up Combos thanks to his Extra Move: Telekinesis which immobilizes the Enemy and increases Strike Damage dealt. This allows the Player a free Attack which, when coupled with his “Death Catastrophe” Ultimate Move, makes for a lethal Combo.

As mentioned in the Overview, SP Final Form Frieza YEL is the Saiyan destroyer, which is an excellent niche to have due to the nature of the Dragon Ball franchise.

Against Saiyan Fighters, he gets a 40% Strike Damage Inflicted boost and with his Zenkai 7 stats, can deal monstrous amounts of Damage to Saiyan Fighters. He also draws a new card and gains 30 Ki if you go up against a Saiyan fighter and have 3 or fewer cards in your hand.

This is good for chaining together long combos, this ability is a card draw speed increase of some sorts but isn’t as effective as this only activates against a specific tag.

His Extra Move can immobilize the Enemy for a free Attack, which gives the Player a huge advantage. Costing only 15 Ki, it can be chained into a pretty powerful Combo.

SP Final Form Frieza YEL has an Ultimate Arts Card which got a significant upgrade in Damage and its support capabilities. His Ultimate Arts: Death Catastrophe, now supports Frieza Force and Lineage Of Evil Fighters with a 25% Damage increase and 405 Ki Recovery Increase.

He also receives a 40% Ultimate Damage Up increase when you use his main ability which makes this Ultimate art very powerful.

SP Final Form Frieza YEL’s main source of Damage comes against the Saiyan Fighters. Hybrids, Regeneration, and Androids are all teams that you are going to run into frequently and he loses a lot of Damage if you bring him against those teams.

Unfortunately for SP FF Frieza YEL, his Z-Ability specifically Buffs Yellow Strike and Blast Defense. While this is good for a Yellow Color Counter Team, the Lineage of Evil Tag has grown significantly and is where he fits best.

SP Final Form Frieza YEL is greatly amplified from the support of his teammates: SP Final Form Cooler and SP LL Frieza PUR which make him an absolute beast.

He adds an extra layer of offense to the Lineage Of Evil and Frieza Force Tag.

A Base Strike Equip is necessary here and this Equip provides him with one of the largest Base Strike Buffs from a single Equip in the game.

A Pure Strike Equip is also necessary, this Equip grants Frieza up to a 18% Pure Strike Buff.

On Teams where Frieza is not paired with Lineage of Evil Allies, You think I'll just knock you down?! makes a good replacement.

His Damage is good, but not great. Lineage of Evil actually provides him with all the support in the world via SP FF Cooler BLU,   SP 1F Frieza PUR, and even some from SP FF DBS Frieza RED, but even then it’s nothing to write home about. Against non-Saiyan teams, he’s still adequate, but not nearly as effective as units in the upper echelon of the tier list. He’s a perfect choice for Tier 1 due to his matchup dependency.