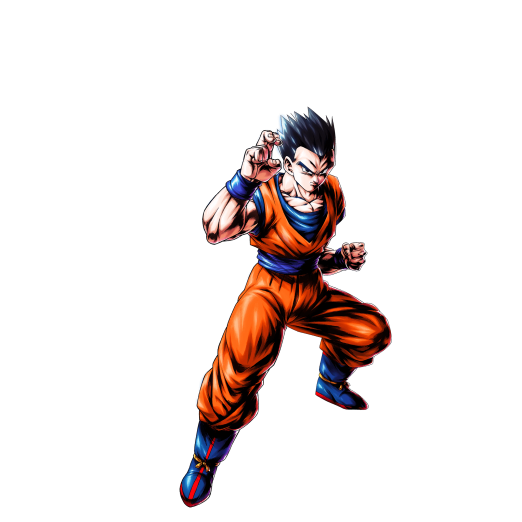 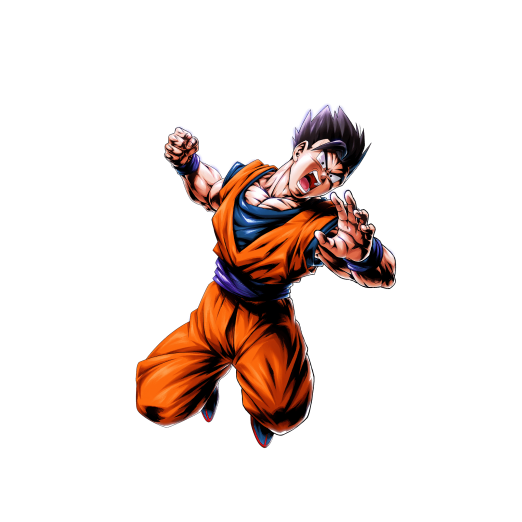 Gohan fighters have traditionally been quite powerful on release in Dragon Ball Legends, and SP Gohan (Adult) BLU is no exception. This Gohan hails from the Tournament of Power arc, and his awakened strength is something to behold.

Gohan is something between a defensive pivot and a mixed-offense duelist, with some Support capabilities mixed in for added flavor. His Damage output ranges from mediocre to absurd after taking a couple hits, and thanks to his fantastic post-transformation Extra Arts Card, snagging hits with the prodigal son is far from difficult.

This Transformed terror is far from meta-defining, but he can quickly snowball out of control if his foes don't know what they're dealing with.

Gohan is one of the more cleverly designed defensive fighters in the game. He has a sizable cover change Sustained Damage Cut, topping off at 40%, but beyond that, his defensive capabilities become excellent when facing enemies with Strike Arts.

If a foe switches characters while Gohan is in play, their Strike Arts are sealed for 3 Timer Counts, perfectly countering enterprising Keflas and Vegitos looking to capitalize on a stray hit. In a strike-oriented Meta, this is an invaluable skill.

After Gohan knocks out an enemy, the strike arts of the foe who enters the field afterwards will be sealed as well, providing ample opportunities to get the jump on unsuspecting Melee Types.

Gohan's ranged Extra Arts Card, accessible with his Main Ability and transformation, can instantly start a combo if it makes contact, ensuring that there will always be an opportunity for Gohan to snag a stray hit. His Special Move is a stunner as well, providing massive damage and a 10 Substitution Count Debuff on hit.

It's not as thought Gohan's Damage is disappointing, but it does take some time to get going, and his output doesn't warp system mechanics the way many other top tier Offensive Fighters do. Gohan has no Ki Recovery, no Card Draw Speed, no Card Cost Reduction, no ways to Draw Additional Cards.

For this reason, Gohan's Damage tends to vary wildly during matches, and at times can be somewhat mediocre.

Unfortunately for Gohan, he's a Ranged Fighter in a Melee Fighter's world, and his main tags aren't chock full of Z-Abilities he appreciates.

Gohan can output some decent Strike Damage, and seeing as his Special Move primarily uses his Strike Stat to calculate Damage, this isn't a horrendous issue, but he'd perform even better on Teams comprised of other Ranged Fighters.

Gohan is a stunner on this Team. His two main teammates should be apparent immediately; Zenkai 7 SP Kid Goku YEL and SP Super Kaioken Goku GRN are ideal partners for Gohan, who loves the Support of the former and the rapid-fire Blast-oriented playstyle of the latter.

Though these two Goku variants are the best partners for Gohan, he functions well with Strike-based Gokus as well, like SP SSB Goku RED, SP SSJ4 Goku PUR, and SP SSJ Goku (RoC) GRN. There are many ways to build this team with Gohan on it. That versatility is part of what makes Son Family strong to begin with.

Teen Trunks especially is a superb partner for Gohan, who requires type coverage in a metagame laden with powerful Greens.  SP SSJ Trunks (Battle Armor) RED makes for a decent teammate for Gohan as well, seeing as he can use Gohan's guaranteed Extra Arts Card Draws fantastically.

A must-have Equip for the majority of Hybrid Saiyans.

This is the optimal choice on the Hybrid Saiyan Team, it also works on the optimal Son Family Team currently due to SP SSJ2 Gohan RED and SP Goten (Kid) YEL being core options for the Team.

SP Gohan BLU has to take a bit of damage to get going, but once he does he’s an extremely formidable force. He does a little bit of everything for his team, but is not oppressive offensively like a lot of the top tier PVP units. Still, he pairs nicely with SP SSJ2 Gohan RED and can alleviate some damage from opposing Gohans.

SP Goku Black GRN presents a horrific matchup for him. He’s common, has a color advantage over him and also innate damage against Hybrid Saiyans. Due to SP Gohan (Adult) BLU being highly recommended to be left off the core when matched up against Goku Black, as well as the fact that SP SSJ2 Trunks BLU just replaced him on Hybrids, he's now Tier 2.