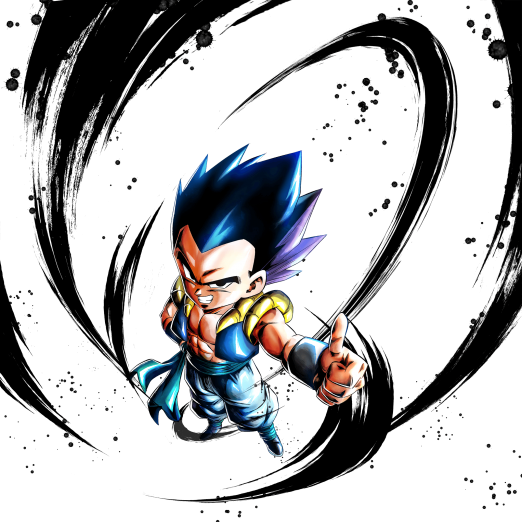 This Legends Road farmable variant is the base form of Gotenks just before his fight with Majin Buu in the series.

SP Gotenks GRN is classified as a Defense Fighter with high base Defense stats and Damage reduction Unique Ability with an interesting twist, but being able to take a hit is not the only thing he’s good at.

SP Gotenks GRN brings two Strike Arts Cards into the Match, which is a welcome sight in the current Strike-oriented Meta and meshes well with the Strike Damage Buff he receives from his Extra Move.

Jack Of All Trades

This Gotenks variant has it all--Arts Card draw speed increase, cost reductions, and Damage Buffs which greatly help with his Combo longevity and Damage output. The Damage reduction and self-Healing also give him higher survivability, making him an all-around well-balanced Fighter.

While his balanced toolkit makes him decent at everything, he does not particularly excel at anything. He’s far away from being an Offensive powerhouse of the likes of SP Gogeta BLU, and his time-limited Damage reduction requires proper switch management to be correctly utilized, unlike the simplicity offered by Cover Abilities used by other Defense Fighters.

Buffs gained from both his Unique Ability "TA-DAAA!" and Extra Move only last 10 timer counts, which forces him to be very aggressive the moment he enters the battlefield in order to utilize his short-term Buffs. The same applies to his Assault Unique Ability.

Paired with both Gogeta and Vegito variants make an interesting and fun Fusion Team with high Damage output, great Z-Ability Synergy, and a decent color wheel.

SP SSJ Gotenks PUR and SP SSJ3 Gotenks YEL his Super Saiyan and Super Saiyan 3 counterparts, are also invaluable additions to the Team thanks to a double Offensive Z-Ability and a Cover option.

You're Not Getting It Your Way!

Similarly, this is the optimal Equipment for the Legends Road Team, due to the large Pure Blast Defense Buff. For other Teams, Wait, Gohan! or Awakened This Ki. are suitable replacements.

Fusion Warriors really needed the defensive pivot for a while, but at the same time Gotenks is ultimately not very impressive. He does a decent job at stalling, tanking, and has some small support qualities, but perhaps just going with a feast or famine type of setup with SP SSJ2 Kefla GRN would be preferable.

While still a good tank, SP Super #17 GRN just kicked him off the core for good.