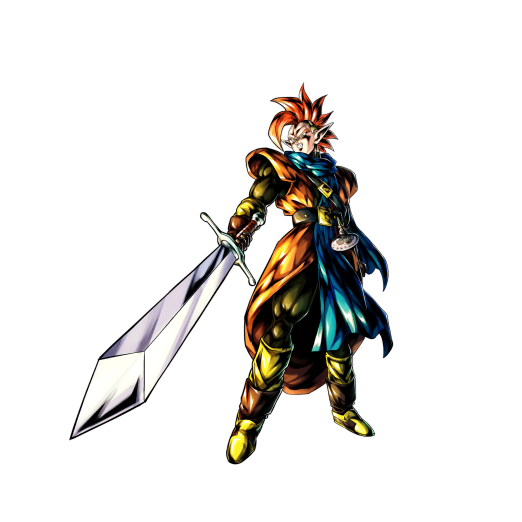 SP Hero Tapion YEL is a Fighter that excels in supporting his teammates and being an annoyance to the opposition with his card-sealing capabilities. Tapion isn’t a Damage dealer but he can surely pack a punch at certain moments in a match, mainly after he uses his Main Ability which gives him a 25% Strike Damage increase.
Tapion has introduced a new game design into the game where when he dies Hirudegarn appears and deals AOE Damage to the enemy’s entire team which can be beneficial depending on which Fighter the attack lands on first.

Defensively, Tapion can take hits decently and his Main Ability increase his team’s survivability by providing a 25% Heal.

As mentioned above, SP Hero Tapion YEL has brought something new to the Dragon Ball Legends PvP Meta, Death Damage. Tapion is able to use this effectively as when the opposition activates  Rising Rush, he reduces the sub-count by 10 which will allow him to take the attack. Players have to be careful with who they rush with as Tapion’s death Damage could deal crazy amounts of Damage is a PUR Fighter is the one who kills him.

SP Hero Tapion YEL  is an excellent Support Fighter and his support isn’t limited to any team so he can be used alongside anyone. He gives the team a 25% team heal with his Main Ability while also giving his allies a 25% Strike Damage increase for 50 timer counts.

On switch-out, he gives the incoming Fighter a 25% Strike Damage increase and another card so that they can continue a combo. This is incredibly potent for Fighters that get Ki upon entry such as SP LL SSJ3 Goku (Dragon Fist) GRN.

SP Hero Tapion YEL can apply a lot of debuffs to the opposition all while sealing their Arts Cards in the process. After landing a Strike Arts, Tapion seals the enemy’s Special Move and Extra Arts cards for 5 timer counts. He also gives them a -20% Healing Restoration debuff for 20 timer counts which can be stacked. This is very powerful as most Fighters nowadays have some way to heal but Tapion will reduce that to nothing in a combo.

Tapion destroys 1 card when he enters the battlefield which is useful on cover to halt an enemy’s combo and he seals Strike Arts for 2 timer counts after an enemy’s attack is over. This activates on tap attacks, tap shots, etc and he seals Enemy’s Blast Arts for 5 timer counts on his main Ability.
All the constant card sealing, debuffs, and death Damage make Tapion an annoying Fighter to go up against.

SP Hero Tapion’s Damage isn’t that great unless he’s ramped up a bit which can be detrimental in certain situations. His Blast Damage is also non-existent.

SP Hero Tapion YEL is the glue for the Sagas From The Movies team. He provides so much to the team in terms of support and utility that it’s hard not o consider him the best YEL Fighter. His synergy with SP LL SSJ3 Goku (DragonFist) GRN is too potent and he makes Fighters such as UL Gogeta BLU and SP LL SSJ Gohan(Youth) PUR hit extremely hard. He also acts as Rush Fodder for the team so you don’t need to worry about your big hitters dying to a Rising Rush.

SP Hero Tapion YEL makes SP LL 17&18 RED even more insane than what they already are. He gives them Damage support, extra survivability, and free Extra Arts with his Main Ability that will allow them to be an unstoppable wrecking machine. Fighters such as SP LL Perfect Cell PUR also benefit significantly from Tapion due to his switch-out buffs. Easily the best YEL Fighter for the Powerful Opponent team.