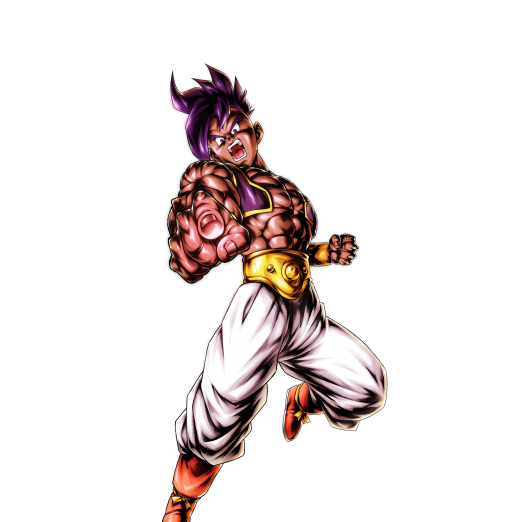 Uub, the young boy who joined Goku at the end of Z has made his first appearance in Dragon Ball Legends as the powerful Majin Fusion, Majuub. SP Majuub YEL is a very similar Fighter to SP Future Gohan YEL as they both do a lot of things to help their team while having stats that don’t look so great.

Majuub is a ranged Fighter but his toolkit is centered around him being a support and a nuisance to the opposition with his Strike locks and endurance. Majuub having endurance helps his teams (GT and Fusions) tremendously, as now they’ll be able to tank Rising Rushes.

Overall, Majuub is a phenomenal addition to his teams and seeks to push them up to the top of the PvP meta.

As mentioned above, endurance is incredibly valuable in the current meta due to the influence of LL SP Youth Gohan PUR. Having an endurance Fighter on your team will save you from incoming Rising Rushes and force the opponent to play around you.

SP Majuub YEL has support capabilities to help his teams. He has a 15% ally team heal which boosts the entire team’s survivability and he has an uncancellable 15% Damage inflicted buff once the battle starts similar to SP Boujack RED. His support is perfect for the Fusions team and helps out the GT team quite a bit when coupled with SP SSJ4 Goku PUR’s support.

No More Strike For You

SP Majuub YEL locks Strike attacks when he changes cover which will ruin Strike-heavy teams or teams with Strike-heavy variants such as Regen, Future, God-ki, etc. This will completely stop their combo when Uub is switched in.

Majuub’s Extra Arts: “Brutal Buster” is a powerful Extra Arts that can be used to set up for high Damaging attacks. He gets a 50% Damage Inflicted increase for the next Arts Card that’s used after the Extra Arts has landed while giving him 50 ki and a random new card.

The best trait about it is that it nullifies special cover changes for 3 timer counts, making the next Arts Card a guaranteed hit. This is great in the current meta with all these different cover change Fighters.

It’s also an AOE Extra Arts which can be used to catch the opponent off-guard.

SP Majuub YEL’s Damage output is quite low. His offensive stats aren’t great and he doesn’t get much Damage Inflicted in battle either. He makes up for it with his utility but it’s still a weakness nonetheless.

SP Majuub YEL is the first step for Fusions Warriors to become a top meta team. Fusions has always had heavy beat sticks but what they truly needed was a support/utility-based Fighter and Majuub fills that role perfectly. He provides a team heal and Damage support for the team while also providing the utility with his Extra Arts and locking of strike Arts.

He’ll require a bit of stars to surpass LL SP SSB Gogeta YEL but Majuub is a great YEL option for the Fusion Warrior team.

GT has received three YEL Fighters in consecutive banners that have featured GT Fighters and Majuub is undoubted, the best one for the team. With him, on the team, GT will have 45% Damage support coming from SP SSJ4 Goku PUR and himself. He’ll provide a team heal for the team as well and he can take advantage of SP Super 17 GRN’s ability to draw Extra Arts to catch the opponent in a combo or setup for his Ultimate Arts.

His Z-Ability is also great as he buffs both offenses.