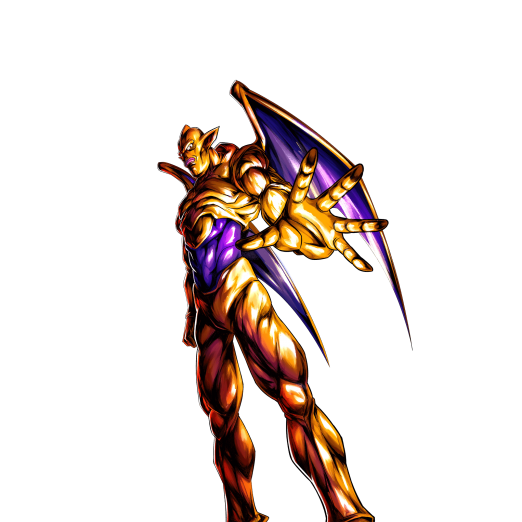 The fiery twin Shadow Dragon, SP Nuova Shenron YEL is here alongside his twin brother SP Eis Shenron BLU to take over the PvP meta on the GT team. SP Nuova Shenron has a powerful main ability alongside a phenomenal barrier that can block every attack except a Rising Rush. He’s also a very good color choice for GT as they were in desperate need for a good YEL Fighter.

As mentioned in the Overview, SP Nuova Shenron YEL has an amazing main ability. He locks the opponent in for 10 timer counts which is more than enough to deal significant Damage or to even take out a character. Sadly, his main ability locks himself in and also destroys his own cards as well as his opponent's but he does get a card draw speed increase which will help him get his cards quickly.

His main ability also gives him all of his vanish back which is useful to get out of a pinch.

SP Nuova Shenron YEL’s Special Arts is similar to all the other barrier Special Arts in the game. He can block most attacks except a Rising Rush and it is comboable, so it is a combo starter. He gains some ki along with a Damage inflicted buff after it has successfully landed but as with all barrier Special Arts, missing it will leave you wide open.

Bad Blast On A Mixed Team

SP Nuova Shenron YEL is mainly a Strike-centric Fighter and as such, his Blast Damage is poor and GT is a team that has Strike and Blast centric Fighters. This makes it difficult for Nuova to take full advantage of his Strike Damage.

SP Nuova Shenron is okay defensively but he still leaves much to be desired, similar to his brother, SP Eis Shenron BLU.

SP Nuova Shenron YEL is the best YEL Fighter for the GT team. He synergizes incredibly well with SP Eis Shenron but he mostly prefers a Strike-centric deck but GT is mostly mixed which puts him in a bad spot where he has to use his Blast Arts that will do no Damage.

Even so, he’s superior to SP LL SSJ4 Goku YEL and has a great Z-Ability for the GT team.

Awakened Leave the rest to me! No. １

This Equipment provides Nuova with another large Base Strike Buff, however also gives a large Pure Strike Defense Buff for additional survivability.

If utilized correctly SP Nuova Shenron YEL can have a card draw speed advantage over his opponent with no cards in hand for either, allowing him to get the upper hand and take out a unit of his choice, but will be hard to pull off perfectly in a lot of instances, especially at high-rank PVP.

His Extra Move is an excellent means of stalling, but outside of that Nuova is lacking survivability. His extremely Strike-centric focus can also feel clunky if he’s unfortunate enough to draw Blast Cards after his Main Ability, or just in general.