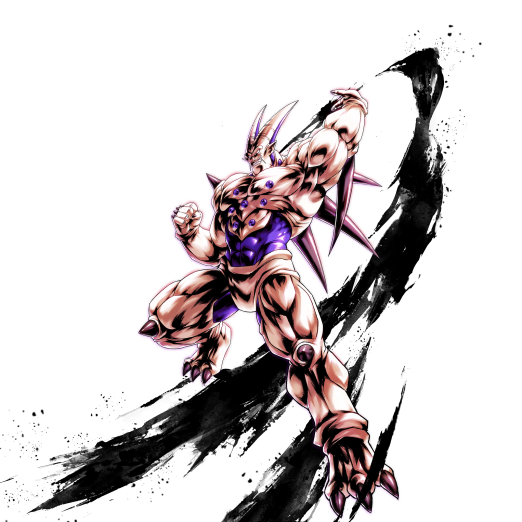 While the hype surrounding the ultimate Shadow Dragon wasn’t nearly as palpable as it was for the other new faces introduced by the 2nd Anniversary, SP Omega Shenron RED’s power proves that he’s a Fighter worth paying attention to.

Omega’s strengths are numerous and unique. For starters, he’s one of the few Fighters in the game to be oriented around spreading Abnormal Conditions. With his Strike and Blast Arts, he can ravage his enemies with strong poison, heavy bleed, and paralysis, and his infliction chances significantly increase when he’s paired with GT Allies, or his fellow Shadow Dragons.

Shenron’s Damage is nothing to scoff at either, thanks to his cavalcade of Inflicted Damage Buffs and ability to scale his Damage with every Dragon Ball collected. Between his high personal Damage and his absurdly powerful Special, Ultimate, and Extra Arts Cards, Omega is a welcome fit on any Team that can accommodate him.

Speaking of Teams, SP Omega Shenron RED is not wanting for them. Possessing the Regeneration, GT, and Fusion Warrior Tags, the former two being heavily Buffed by his Z-Ability, the Apex of the Shadow Dragons thrives on many of the Meta’s most prolific Teams. Those who overlook this terrifying Fighter are certain to change their tune once they feel his sting.

SP Omega Shenron RED’s power is best exemplified by his scaling personal Damage, which depends on the number of Dragon Balls the Team possesses when he enters the field.

He begins with a 15 Timer Count +30% Inflicted Damage Buff, and for each Dragon Ball, he gains an additional 10%.

Keeping Omega on standby and pivoting him in when the Dragon Ball count is high gives him fantastic utility as an Offensive Pivot. The effect of his mutilating Combos are accentuated by the rest of his toolkit.

Writhe Before you Die

What makes Shenron such an annoying foe is his proclivity to spread Abnornal Conditions.

The damage over time that these status ailments enable is easy to underestimate and debilitating in practice. One or two pivotal Paralysis activations can end matches by themselves, so this ability of Omega’s must be respected.

SP Omega Shenron RED’s most incredible tools are his Extra Arts, his Special Move, and his Ultimate. GT’s final boss’ Extra Arts is reminiscent of SP SSJ Youth Gohan YEL’s Power Surge, knocking close range foes back and starting a combo. What makes this ability incredibly strong is the 3 substitution count debuff it inflicts to all enemies, locking in Omega’s target.

Omega’s Special Move provides a fantastic +30% Buff to Special and Ultimate Move Arts Cards, benefitting itself, and inflicts Massive Damage, making it a devastating hit in its own right.

The Negative Karma Power Ball is the crowning jewel of Omega’s kit. This crushingly powerful Ultimate Arts deals a portion of its Damage to standby battle members, so if this attack strikes true, it can easily halve the entire enemy party’s health pool.

Omega might be a threatening Offensive force, but Defensively the apex Shadow Dragon leaves much to be desired.

The only source of Damage mitigation possessed by SP Omega Shenron RED is a paltry 20% Sustained Damage Cut Buff on entrance, hardly enough to protect him from the Meta’s strongest Combo artists, one of which can evaporate Omega Shenron because of his possession of the Fusion Warrior Tag (distant Yosha).

While he might not be helpless in Crisis scenarios because of his excellent neutral tools and status-spreading antics, his efficacy in the damage department entirely depends on his Team’s accrued Dragon Balls when he enters the field.

For that reason, in the early game and late game, Shenron can falter. This isn’t a significant fault though, as his match performance on average is very impressive.

SP Omega Shenron RED joins the GT Tag as a versatile marauder with a lot to offer. What makes Omega so fun is that he’s essentially able to fit in with any crowd on account of his universally high Offense.

He synergizes excellently with his bannermate and nemesis, SP SFPS4 Goku GRN, who essentially needs to be fielded alongside him out of necessity.

Rounding out this duo is the other main antagonist of GT, SP Super Baby 2 BLU. Baby’s Support and incremental Healing augments Omega’s strengths and supplements his weaknesses.

SP SSJ4 Goku PUR is another great choice, as is SP Syn Shenron YEL, whose Shadow Dragon Tag enables Omega’s full Paralysis capabilities. SP SSJ4 Vegeta RED has a difficult time competing with Omega Shenron, but the two can easily be fielded together if Full Power SSJ4 Goku is available.

Regeneration is simply a constant in the DBL Meta, and SP Omega Shenron RED slots right into it as its primary Red Fighter. Alongside absurdly powerful Fighters like SP Android #21: Evil PUR and Zenkai 1 SP Majin Buu: Good GRN, this manifestation of negative Karma is more than capable of shredding through enemy Teams.

SP Super Baby 2 BLU is a very important part of any Team that uses Omega, as he enables some of Omega’s status-spreading passive. Zenkai 1 SP Majin Buu: Good GRN is arguably the most pivotal Fighter for Omega, because now is not a great time to be have no answer to enemy Blue Fighters on a Team.

This Equip is meant for Omegas deployed on the Regeneration Team.

This Equip is perfect for Omega if he's used on the GT Team.

SP Omega Shenron RED has had one of the more unfortunate series of events happen to him despite being a great unit on release. SP SSB Vegito BLU completely gatekept him from thriving in a lot of games, GT rapidly fell off, and Regeneration started getting superior Reds like SP PF Cell Revived RED.