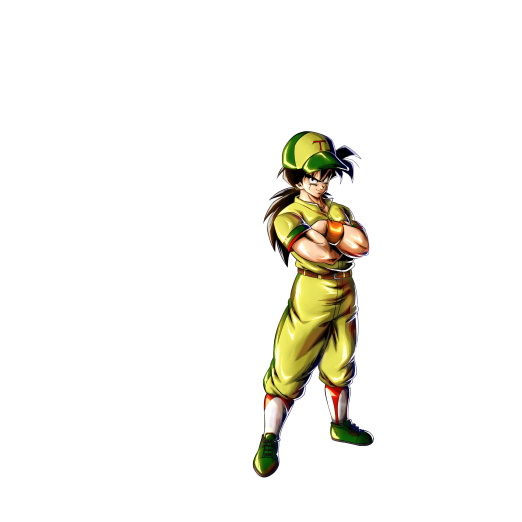 Amidst all the Game-Breaking, Meta-Changing and Power Creeping new Fighters, it had been quite a while since Legends saw the release of a new gag character.

Luckily, SP Taitans Yamcha PUR is here to save the day once again and this time as a free-to-play Sparking rarity variant that the Players have much longed for. He has surprisingly powerful self Buffs, Enemy Debuffs, and an amusing kit to say the least.

His ability to counter tap shots and Blast Arts by converting them into Home-runs not only makes PVP an excruciating experience for the Enemy but also gives him a multitude of Buffs depending on how many Home-runs he lands.

The Home-run counter—ranging from 0 to 7 and accelerating with downed Teammates—grants either a self Buff or an Enemy Debuff with each increment. These range from boosting own Arts Card draw speed and Critical Damage to increasing the Enemy's Strike Arts cost. Most notably the 7th Home run grants him a 100% boost to Rising Rush Damage along with instantly drawing 7 Dragon Balls.

The fact that he holds an Extra Move Arts Card, draws one via his Main Ability and doesn't need much Ki to use it helps ensure a constant barrage of Home runs being landed throughout the Match. Additionally this held Extra Move is also useful for Teammates like SP Gogeta BLU to maximize his potential and SP Perfect Cell YEL to initiate Combos.

Filling up the Home run counter isn't easy without being the last-man-standing since the Enemy can catch up to what's going on and adjust their playstyle. However, this Fighter is so squishy that he just can't hold his own once he achieves that position and failing to land the Rising Rush would more or less guarantee a defeat.

His low stats and lack of viable Tags make him a poor pick for going into PVP however he does see a breakthrough in PVE since it's much easier to land Home runs, helping beat tough bosses and completing Rishing Rush X-Damage missions and challenges.

He can always be used as an Extra Move supply for Blast-centric Teams that can make good use of it. However a gag Team focused around him would comprise of SP WC Hercule RED and SP King Dabura BLU. Activating both SP Taitan Yamcha PUR's and SP WC Hercule RED's Main Ability would increase Strike and Blast costs for the Enemy to 99, putting them to a standstill for a short time.

This new Equipment was made specifically for this character. It grants him the much-needed Defense.

I Think We Can Do It!

The only other Equipment for Purple Fighters that lack Tags. Decent Damage Buffs, too.

A Blast Buff since he also holds a Blast card other than the Extra Move card and something to give him better Defenses and increasing Ki Recovery Speed is a great choice here.

SP Taitans Yamcha PUR joins SP WC Hercule RED as yet another novelty Fighter who can be quite a nuisance in certain Matches, but is still hard to use due to his poor stats.