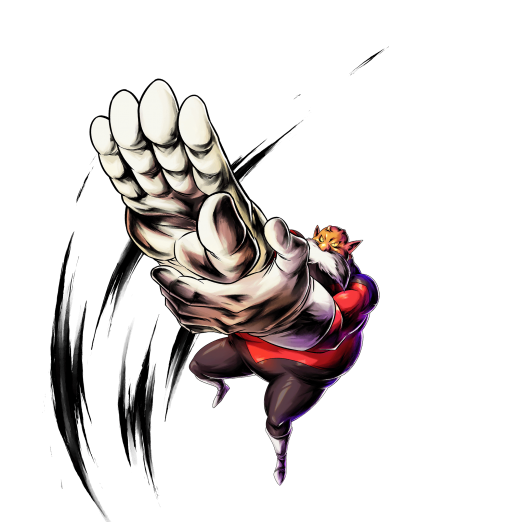 For justice! SP Toppo BLU is one of the most versatile Fighters ever released, and that's not something that ought to be taken lightly. His Defensive prowess, Support utility, Offensive might, Healing, and incredibly diverse tool package essentially ensures his place on the core of the Rival Universe Tag Team for many updates to come.

Toppo isn't accumulating combat roles for the sake of it either, he excels at them all, which is exceedingly rare for Defense Type character. There are no characters capable of replicating what he can accomplish, and as a result he allows for a number of diverse team compositions despite his main Tag's options being sparse.

This isn't to say he's perfect. His Support being somewhat relegated to Rival Universe characters makes him a very niche Fighter, so even if he can fulfill every role on that team, he's not going to be branching out beyond it. Despite a lack of flexibility, Toppo is undoubtedly the best Blue Fighter on his Main Tag, and it's hard to imagine a more varied Fighter replacing him.

For the Rival Universe Tag, Toppo is almost a Team by himself. His 60% total Sustained Damage cut on Cover Change is excellent, and when he finishes getting scratched by his Foe, his Inflicted Damage Buffs will finish at 125%.

This is derived from his 20% Support Buff for Rival Universe allies that triggers after sustaining Damage, his initial 50% Damage Inflicted Buff, his personal Buff after taking Damage, and his Buff that activates when he faces an enemy.

Despite not having massive offensive stats, he is a juggernaut because of this Buff combination. The -5 to All Arts cost effect he grants himself when taking hits, his 30% Buff to his own Damage when he activates his Main Ability, and his Special Arts Card's 20% Strike Damage buff for all allies combines to create a brutal monster that can take hits and dish damage back tenfold.

You Got a Friend in Me

Obviously Toppo's Damage is a major part of his kit, but it's not the only thing that defines him. The majority of the Buffs he grants himself are Team-wide Support Buffs that do as much for his allies as they do for him. His Main Ability's 5 Substitution Count Reduction and his outrageous Defense makes him a near-perfect partner for any Offensive Rival Universe character.

After taking just one hit, his entire team's inflicted Damage is buffed by 25%, and then it's buffed again by 30% via his Main Ability, and its strike damage is buffed by 20% via his special arts card. These Buffs are not quick to expire either, as they're all staying in play for over 20 Timer Counts, ensuring that they'll make an impact.

Toppo's Damage support can reach outrageous numbers very quickly, and it's why facing him with Fighters that cannot eliminate him in a combo or two can lead to a devastating turnaround in an instant.

Unfortunately, it will almost always take significantly more time to bring him down - Toppo's ridiculous bulk affords him a charge of Endurance - bringing the crusader of justice back from the brink and restoring his health by 30% once only.

The Last Ride of Your Life

Toppo's Main Ability's Ultimate Arts card might be the most influential thing he can contribute to his Team, which should sound insane given how much he's already providing. The Justice Tornado is a massively powerful Card which inflicts No Switching on all enemies for 3 counts - just enough time to crush a problematic foe.

This effect comes with a sinister bonus - a 30% Strike Damage received Debuff on all enemies for 30 Timer Counts when making contact. A debuff this deadly is almost too crippling to come back from when its combined with all of the Support Toppo is giving his teammates.

A Friend only to Rivals

Toppo's power being relegated only to Rival Universe Fighters does not seem too damning at first glance, but it has some unfortunate downsides. His Damage Buff on hit and Substitution Count Reduction effect does not benefit SP Ultra Instinct -sign- Goku PUR, the Universe Survival Saga Team's best Purple Fighter.

This is actually a serious problem for Toppo, who lacks a powerful Purple Fighter to pair himself with. Toppo is often left as a sitting duck against enemy Green Fighters because of this exact deficiency, though this problem is likely to be ameliorated by future content updates.

SP Toppo BLU is this Tag's one-stop-shop for every role, it could not function without him. His Support and Defensive Utility makes the likes of SP God of Destruction Champa YEL and SP Dsypo RED much more viable. They both require his thick bulk to survive in a meta full of brutal offensive fighters.

SP Jiren GRN is of course Toppo's best friend. Jiren's Damage becomes completely unstoppable with a few charges of Toppo's Support Buff behind him. SP Vados GRN is an alternative option to Jiren who gives Toppo some absurd damage capacity. Altogether this Team is cohesive thanks to Toppo himself, so as long as he's present, it's able to perform admirably.

Currently a must-have Equipment for all Rival Universe Fighters.

Awakened Here I come! No. １

This Equip provides Toppo with large all-round Buffs, making it a top choice.

Despite being a Defence-based Fighter, Toppo is capable of outputting large Strike Damage once he has taken a hit. This Equip further boosts his Damage through a Pure Strike Buff.

He’s a 1% unit done right. He’s durable, he helps his team, he has Endurance, and his Damage can ramp up too. On top of the aforementioned qualities, his Ultimate Move also possesses a lock-in, subsequently being able to trap and take out a crucial enemy unit.