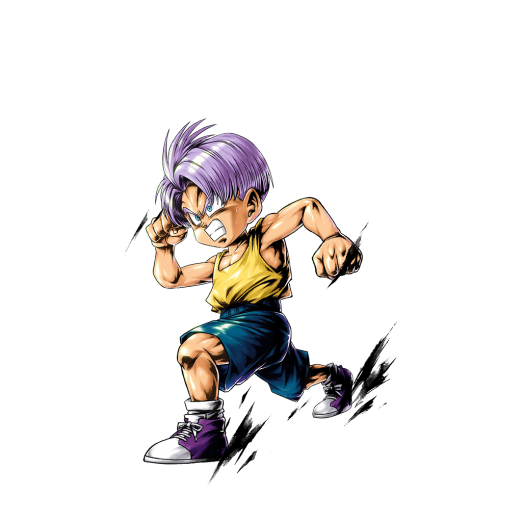 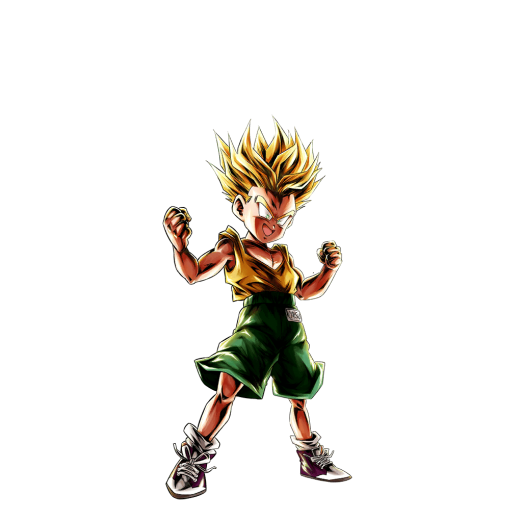 The young but prideful Super Saiyan, SP Kid Trunks GRN has arrived to push Vegeta Family and Hybrid Saiyans to new heights with his outstanding capabilities.

SP Kid Trunks GRN is a Transforming unit that excels in long combos and high Damage, courtesy of his “ A fight’s a fight '' unique ability that grants him card draw speed up +1 and damage inflicted for each strike card he uses.
Defensively, he suffers the common weakness of most Vegeta Family units which is being fragile. His HP Stat and Defense stats are below average.

SP Kid Trunks GRN’s “A fight’s a fight” unique gives him +1 to Arts Card Draw Speed every time he uses a strike card and with this, he can string together long combos. He also reduces the arts cost of his Blast and Strike arts everytime he uses a Blast Card along with 50% Ki Recovery when he comes onto the battlefield.
These  abilities work in tandem to give SP Kid Trunks GRN a combo advantage over most units.

SP Kid Trunks GRN can prevent Enemies from switching for 2 Timer Counts whenever he enters the battlefield, letting him function as an assassin and a time-waster. Even though 2 counts is short he can leverage this Ability to Rising Rush problem targets or stop his foe from re-orienting their Team order.

A must-have equip for Trunks, providing a large boost to his HP as well as his powerful Special Move.

Despite being a Melee type, Trunks performs well with both Strikes and Blasts, making this Pure Equip a top priority pick on the Hybrid Saiyan Team.

This Equip provides Trunks with a large Base Strike Buff, increasing his Strike Damage which in turn will increase the Damage of his Melee Special Move.

His card draw speed increase for 5 timer counts with every Strike Arts used can string together long combos and help him control the combat loop effectively. His lock-in is also a huge nuisance to deal with. Ultimately, though, he’s a valued teammate of SP SSJ2 Gohan RED that can cover his weakness to Blue units.