Few Fighters in Dragon Ball Legends can claim to have aged as gracefully as SP FF Cooler BLU.

He’s been through a meteoric rise to stardom with the Lineage of Evil Tag that he spearheaded, a system change that nerfed the defining aspect of his toolkit, a name change, and a return to relevance with the introduction of new, Meta-defining Fighters to his main Tag Team multiple times.

The way his kit is structured has proven to be fairly resistant to Meta-defining strategies, namely Buff Removal. Regardless of how the Meta changes in the future, 3 things in life are certain: death, taxes, and SP FF Cooler BLU tearing through the PVP ladder with style and poise.

Now that the true emperor of the universe has received his vaunted Zenkai Awakening, the aspects of his Kit that used to be overwhelming have gotten a major upgrade, and are now a premier threat in the Meta once more.

Strongest in the Universe

SP FF Cooler BLU has a shockingly annoying toolkit that makes him one of the most difficult Fighters to play against.

His Blast Armor Strike Cards give him an inherent advantage in the neutral game, and the +40% Buff to Damage Inflicted he gives himself on entrance to the battlefield are always refreshed, assuming he has a Lineage of Evil Teammate. That's not all he's packing though, as he also reduces the cost of his Strke, Blast, and Extra Arts with 5, and increases his own Ki Recovery by 50.

All this adds to a Fighter who can ignore enemy Blast Cards, shrug off Buff removal, and make his Allies far stronger than they would be otherwise.

One aspect of SP FF Cooler BLU’s toolkit that is commonly overlooked is that he has two abilities that allow him to “freeze time.”

When SP FF Cooler BLU actives his Main Ability, which draws an Ultimate Arts Card with Blast Armor, his controller can see whether or not their opponent is performing an action if the exclamation point symbol is above Cooler’s head. Seeing as that Ultimate Arts card is able to punish so many options and boasts +40% Ultimate Damage on activation, its power to dominate the neutral is nearly unparalleled.

SP FF Cooler BLU’s Special Arts Card, Matchless Pride, replaces all his Blast Cards with Strike Cards, which is strong enough on its own, but it also briefly pauses time, giving players using Cooler the opportunity to survey the field and plan accordingly, punishing with a Strike Arts when applicable. Additionally, it permanently increases Cooler's Strike Damage by 20%, up to 60%, giving him some late-game staying power even if he is the final Fighter remaining.

SP Final Form Cooler BLU Buffs his Lineage of Evil Allies with an absurd +35% Damage Inflicted Buff for 20 Timer Counts whenever he is switched to standby, making him the Tag's premier active Support Fighter. He even provides 20 Ki, which might seem marginal, but it's instrumental for the Tag's Combo extension.

He also gives them a +30% Critical Hit Rate Buff for 20 Timer Counts the same way, providing another marginal Damage increase that can turn the tides with a little luck. If Cooler's user is switching frequently, the lenient 20 timer count duration of these buffs, can potentially lead to Buff stacking.

The Strength to Stand Alone

Zenkai Cooler's overwhelming Support gives him some serious firepower in the early and mid game, but unless he uses Matchless Pride to get Strike Damage Buff stacks throughout the match, he'll falter in the late-game. In 1v1 scenarios, Cooler's power is still decent, given his Blast Armor, but his Defenses are lacking.

The fact that SP FF Cooler BLU’s Support can supplement the Offenses of the Fighters his Color naturally complements, SP FP Frieza YEL and SP Cooler PUR, catapults his value as a core member into the stratosphere.

He can also be paired with the Tag’s Fighters who naturally counter specific Tags, like SP Golden Frieza GRN and SP FF Frieza RED to all but assure victory in certain match-ups. Red Final Form Frieza is especially useful in the Saiyan, or rather, the Goku, match-up.

SP 1st From Frieza PUR is another strong Purple teammate for the titan, guarding him from Greens exceptionally well with his high Defense and Supporting his Damage. 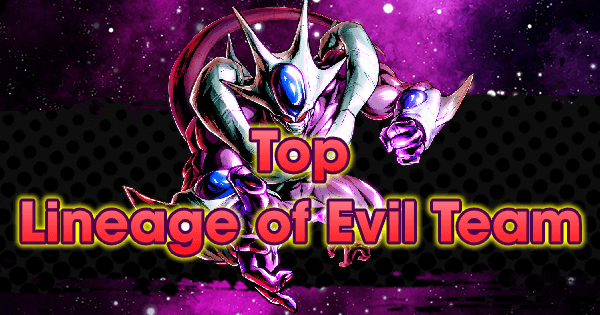 Lineage of Evil has taken a heavy Strike-based approach, so he benefits greatly from an Equip like this. It is best to double down on Cooler's Blast Armor when building his equip line-up.

18% to both Defenses helps rectify his poor durability and the 20% to Strike Attack helps his primary form of Damage.

This gives an absurd amount of additional Strike Damage, and can even shore up his lackluster Defense.

SP FF Cooler BLU is back and better than ever. His Cold Hearted Family Unique Ability enables his Team to do arguably the most collective Damage a Team can possibly do in the game, and he himself hits like a truck. His Zenkai 1 Awakening also gives Ki on switch out and makes his Extra Move a permanent stacking Strike Attack Buff.

His fragility is a bit of an issue, but his Team has so many Defensive pivots now that it’s very easy to shield him from any punishment. Lineage of Evil Defensive pivots also tend to have huge Offensive firepower potential.