Arguably the most anticipated character of all has arrived, and he's as powerful as he is aesthetically pleasing. SP Super Saiyan Rosé Goku Black RED is a hellacious Offensive Fighter and both revives the Future Tag and and gives God Ki a new Red that benefits the Team more than EX Whis Red.

His high versatility makes him a jack of all trades for all the Team he's in. In fact, while he's primarily good for his Support, his situational Defensive Unique Abilities and high Offenses make him useful in all situations.

This Unique Ability Buffs his Damage inflicted as well as Arts Card Draw Speed whenever he enters the battlefield, but changes depending on his remaining health.

He becomes truly terrifying when he enters combat below 75% Health, as these effects are amplified.

His Damage inflicted Buff becomes 45% for 20 Timer Counts, and the Card Draw Speed level lasts for 5 more Timer Counts.In addition, he restores 30 Ki when he enters the battlefield, which lets him act as a premier Offensive Pivot when paired with the numerous Support Fighters on his Tags.

This Unique Ability inflicts all enemies with Attribute Downgrade "+10% to Damage Received from 'Tag: God Ki' or 'Tag: Future'" 3 times when battle begins. Against Teams that have no way to negate or cure these Debuffs, this is essentially a permanent Damage Buff for Rose's entire Team.

Even if Rose faces foes that can cure these Debuffs, the abilities that allow them to do so must either be drawn or activated further into the match, which gives Rose's Team enough time to establish a lasting advantage.

Nullifying color disadvantage isn't a common trait Fighters have, but those who have it have game-changing potential. This effect lasts for 30 timer counts as well, which makes him excessively hard to deal with.

This attack in tandem with Goku Black's Color Disadvantage negation makes it an essentially unavoidable Damage spike. Any Fighter forced to take this hit will feel its sting.

He does have a good Health total and some survivability in his toolkit, but at the end of the day his base Defense are low and he is susceptible to being blown up by other hyper-Offensive Teams.

This can be mitigated by frequent Sustained Damage Cut uptime, brought about by good play.

While SP SSR Black RED can be good Offensively once he loses a bit of Health, his Buffs right off the bat are not great, and it shows especially when he's faced with opponents that can negate his Debuffs. The latter issue is his most significant problem.

Against foes who can negate or dispel his Debuffs, Rose's overall Damage output and his contributions to his Team in general essentially dissipate.

God Ki has been made exponentially better with his release, since he both takes EX Whis RED's role as the Support of the Team and can perform excellently as a combatant thanks to his Offensive and Defensive Skills.

SP SSG Goku PUR and SP SSGSS Vegeta GRN each deserve a shout-out, as their synergy with Rose allows his Damage to reach spectacular levels. Vegeta especially is a wonderful partner for him because of his ability to check enemy Blues that threaten the crimson god.

In a Metagame full of Purple Fighters, the power of SP SSGSS Goku YEL shines, and with Goku Black's Debuffs behind him, he's able to put dents in any enemy Team. SP SSGSS Goku BLU is another superb ally for Rose, as his early game bulk and late-game Crisis utility allow him to account for Rose's weaknesses.

Rose breathed life back into this Tag by himself when he first arrived, and it continues to rely on him as it accrues more powerful Fighters and Synergies. The Seeker of Utopia synergizes perfectly with the Tag's Purple and Green Offerings, SP Goku Black PUR and SP SSGSS Vegeta GRN.

The Supportive, Flexibly Defensive, and Crisis power of SP SSJ Gohan YEL, SP Perfect Cell YEL, and Zenkai 1 SP Goku Black YEL respectively function as decent compliments to Rose depending on how the Composition is built.

SP Teen Trunks PUR might not Buff Rose, but his incredible Offense is significantly enhanced by his Debuffs.

On Future variants that utilize the absurd power of Zenkai 7 SP Goku Black YEL, Rose is an important Offensive Pivot with some additional prowess. Because of the guaranteed Extra Arts Cards of his Zenkai, unawakened form, Rose is able to stack his Arts Cost Reduction multiple times, enabling brutal Combos.

On this Team in particular, a key Teammate for Rose is SP Goku Black PUR, who gets a lot of use out of his Yellow Counterpart's Extra Arts Cards and relies on Rose to check the Yellow Fighters that annoy him. 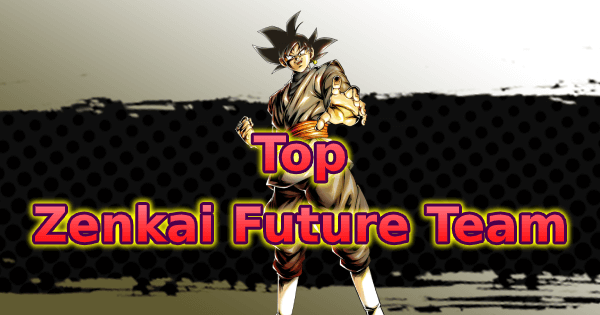 Simply one of the best Equips in the game for Melee Fighters. God Ki is very Strike-heavy, so this should be used.

Yet another Strike-based Equip with very high percentages.

Good dual-Offensive Equips are rare, but this one is a great choice for any Saiyan. Luckily it has more of an emphasis on Strike Attack.

SP Super Saiyan Rosé Goku Black RED was arguably the biggest reason God Ki rose to prominence, as his Team-wide Debuff made him and his allies very hard to play against him. Since then, Tags other than God Ki are seeing more and more attention, and through power creep he’s not as effective as before.

SP Super Baby 2 BLU is especially a hard matchup for him as he’s not affected by the Debuff, owns a color advantage over him as well as an extra 40% Damage due to SP Super Saiyan Rosé Goku Black RED being a Saiyan. He’s still an exceptional God Ki and Future Fighter, and will likely continue being the mainstay Red on those Teams.