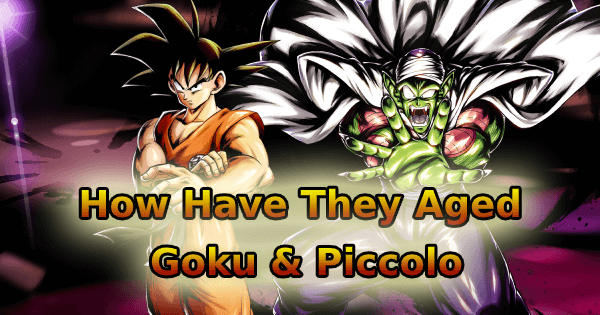 After the Banners released during the 2nd Anniversary of the Game, a lot of things in the Meta have changed. In fact, SP SSB Vegito BLU has radically changed the state of PvP, since he makes every Team he fits in Top Tier. In other words, every Team that isn’t lucky enough to have Vegito ( except Vegeta Family ) is disadvantaged.

However, does this mean that Fighters which were good pre-Anniversary, but are lacking Vegito’s Tags, suddenly became bad after his release? The answer is no, or rather, they could currently be perceived as subpar since the current Meta doesn’t favor them, however Dragon Ball Legends has a long history of making old Fighters shine once their Teams get proper new additions, since toolkits don’t get powercrept that easily.

This article will focus on Fighters that fit the previous description, in an attempt to objectively analyze them and point out some specific ways that could make them better in the future.

This Fighter is very interesting, mainly because looking at his toolkit, many of the things he does would massively benefit basically any Team. He’s an Offensive Fighter that Supports the whole Team in many ways, such as permanent Damage Buffs, Heal and Sub Count reduction. He currently fits in Son Family and Saiyan which are still pretty good Team, but objectively they’re not at the same level as Top Tier Teams.

However, it’s not all fun and games because his Defense is pretty bad by current Meta standards and it’s not getting any better in the future, thus will this Fighter keep getting worse until he’ll be only good for Bench purposes? Not necessarily. In fact, there is an interesting factor that could even make him better in the upcoming Metas, namely him covering SP Kid Goku YEL by color . At the moment, there aren’t many great Red Fighters, so he’s not required to fulfill that role, however that will certainly change at some point in the future, and in that scenario his Offensive prominence most likely will grant him a more relevant role in his Teams.

There is also the fact that Supports usually age better than other types of Fighters, since they make a good fit alongside any kind of ally that synergizes with them Tags wise. In Goku’s case, his Support is basically a downgraded version of SP SSB Vegeta (Future) PUR’s, who is currently considered one of the best Fighters in the Game, also because he’s surrounded by Top Tier Fighters, while in SP Saiyan Saga Goku’s case only SP Kid Goku YEL and maybe HE Shallot LGT can be considered as such.

In short, unless he gets replaced by color in his own Teams, this SP Saiyan Saga Goku BLU could age unexpectedly well in the future.

Much like SP Saiyan Saga Goku BLU, SP Piccolo YEL has a very interesting toolkit, but he isn’t as lucky when it comes to Team options, as Regeneration is decisively worse than Son Family or Saiyan. In any case, Piccolo is a decently durable Figher that can inflict serious Blast Damage to the opponent not only thanks to his high Damage Buffs, but also thanks to his Arts Draw Speed + Card Ki Cost Reduction, which makes him look like a more durable version of SP SSJ4 Vegeta RED (minus the Ultimate Move ).

The cherry on top is his Extra Move that makes him draw a powered up Special Move (twice per game ) that also has Blast Armor, so his green card can be used even if Piccolo is not doing a combo ( ideally when he’s at mid range ) to see what the opponent is doing and potentially countering a move of his with a massive attack.

However, there are some issues, specifically the fact that his Strike Damage is not that good and the best Regeneration Fighter, namely SP Evil #21 PUR happens to be Strike based. This was a thing months ago as well, but Regeneration was so overwhelming compared to the rest of the Meta that it didn’t really matter back then. For these reasons, Moving forward the best case scenario for Regeneration would be the arrival of very powerful mixed Fighters that fit the Tag, so Fighters like SP Omega Shenron RED . Any other scenario would put some Fighters in the Team at a disadvantage to benefit others, which would hurt Regeneration overall.