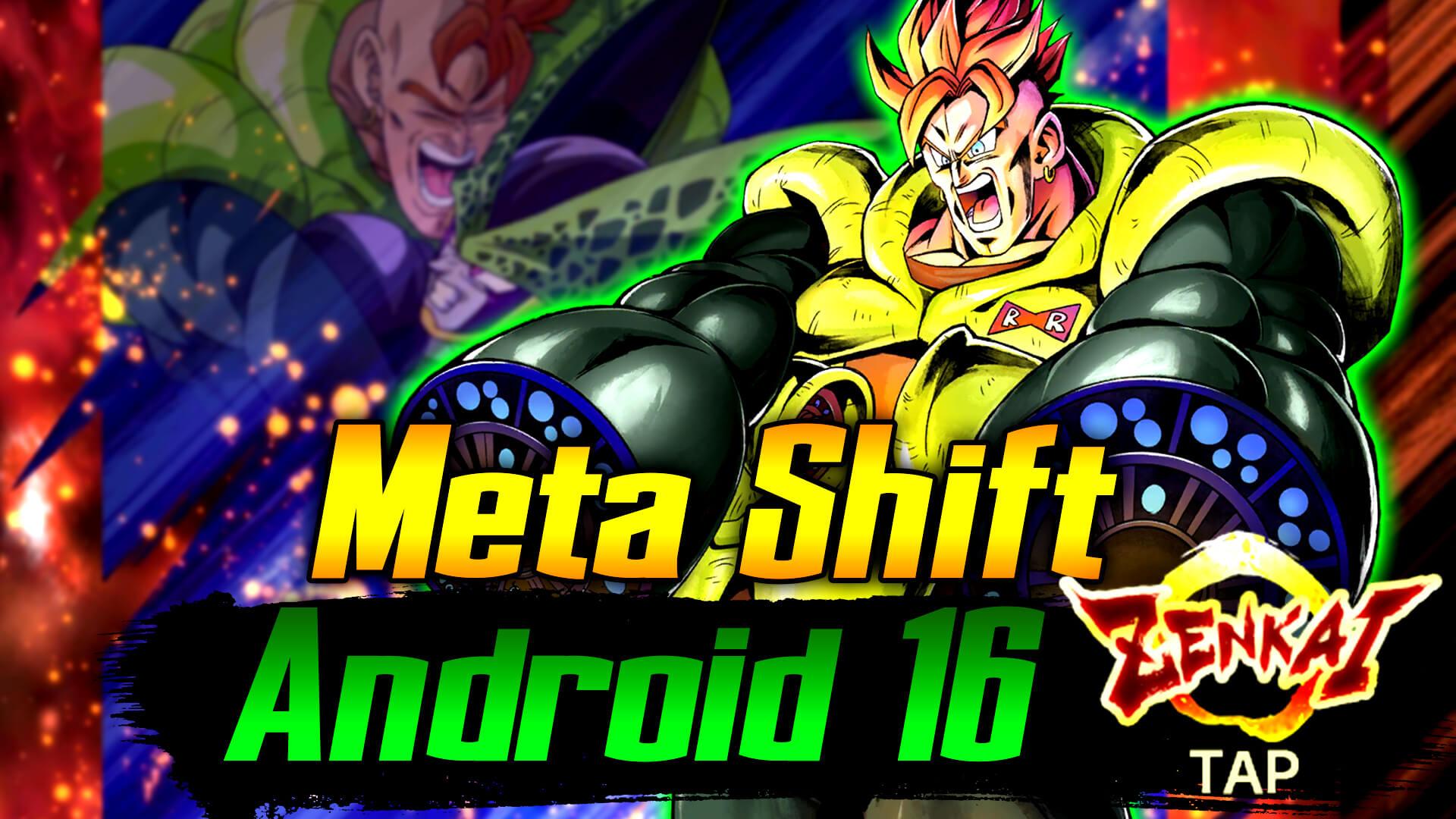 SP Android 16 GRN’s Zenkai is a sweet surprise for everybody that hates the SP SSB Vegito BLU Meta ( so 99% of the players ), since many people were already hyping the android up to get a relevant Zenkai prior to the last update. In fact, the community felt the developers needed to create a proper Meta counter, since facing Vegito setups is just too frustrating at the moment, for many reason.

And so he’s here, rejoining the Meta in all his glory, with rejuvenated Offense and Defense. However, is he good enough to be a threat to the current strongest Fighter to the Game? Also, most importantly, is his Team good enough to make him perform at 100%?

Excluding niche builds such as Color Counter and full Zenkai Teams, Android is the only Team where SP Android 16 GRN fits. At Zenkai 7 he’s far better than the second best Green option for the Tag ( SP Android #14 GRN ), since he’s a massive Tank that also packs a great punch Offensive wise ( especially since his “Suicide Move” is a oneshot tool against most Fighters in the Game ) and Support wise. In particular, he restores 50% of Health lost after Cover and he can’t be fainted nor paralyzed, so he’s basically unremovable Defensively.

So, is Android the perfect Meta Counter? It’s not that easy. The Team, exception made for Android 16 and the 21 duo for the most part, is still outdated. In particular, SP Perfect Cell YEL is 1.5 years old, so SP Android 16 GRN is vulnerable against the likes of SP Merged Zamasu PUR on this Team.

Anyhow, the Team now has a clear identity and only really needs one very good release to become Meta relevant.

Android 16 is surely one of the best Zenkai Fighters in the Game. His Buff is so great he’s comparable to Zenkai 7 Beerus, Buu and Cooler. For 7k CC, his Zenkai Boost is a huge bargain, however the state of his Team is questionable. Will Androids get new releases any time soon? Nobody can predict the future, but if that’s your make or break condition to pull for Android 16’s Zenkai, just wait until the last day of his Banner to decide.