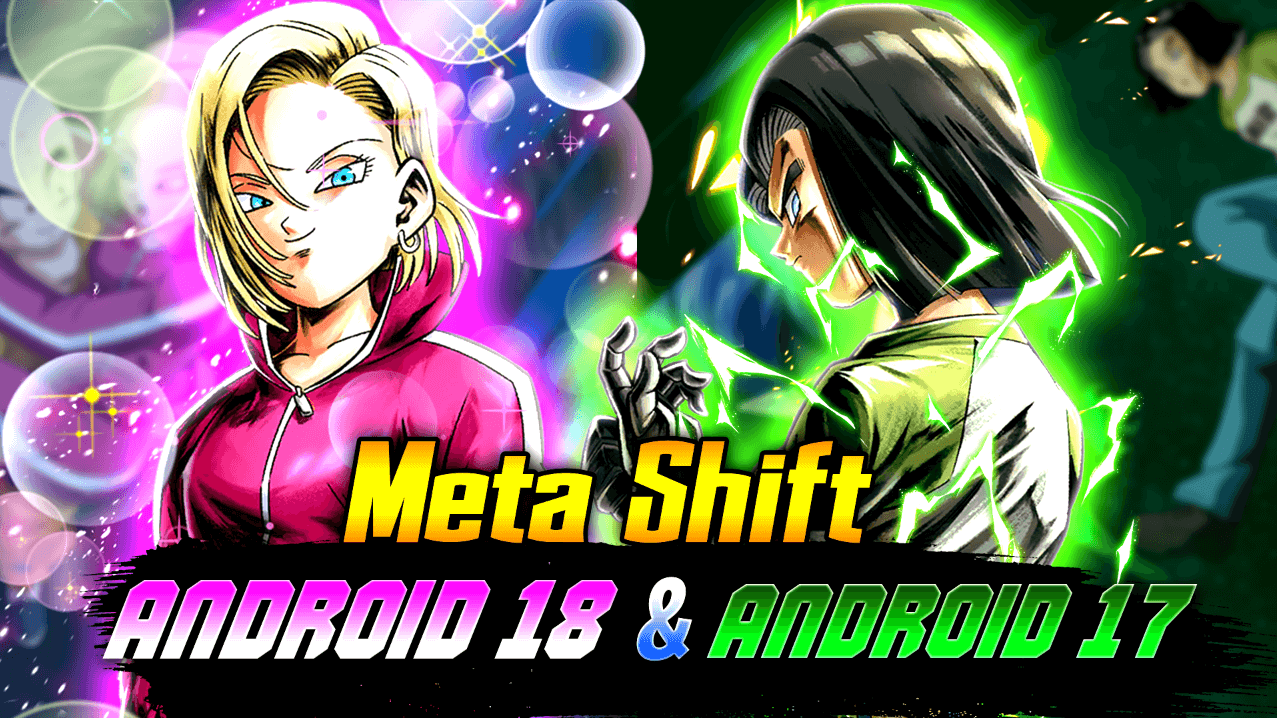 The 3rd Anniversary is getting near, and a lot has changed since the 2nd one on Dragon Ball Legends. Zenkais have completely taken over the Meta, they're now staples of any great Team, and pretty much a must for Players who want to compete at the highest level in PvP.

Still, new Fighters can still fight back at times and prove to be useful in such a Meta despite the absurd stat disadvantage they have compared to Zenkais. For this reason, the All Star Banner is always a hyped release within the community, also because its favorable mechanics when it comes to limit breaking the new Fighters make it one of the most F2P Banners in the history of the Game.

Specifically, the new one that released this week features Android 18 & Android 17 from the Tournament of Power, so other than potentially being new additions to an already top tier Team such as Android, they might also be a preview of what's to come a month from now: a "Universal Survival Saga" themed Anniversary.

This Team has never quite been a threatening force in the Meta, despite getting some decent Fighters in 2020. The reason is simple: the Fighters of the Tournament of Power arc have been split between Universe Survival Saga and Rival Universe in terms of Z-Abilities, and the latter has been the clear focus in the past few months over the former. This type of fragmentation would've made sense prior to the 2nd Anniversary, but seeing how Zenkais had a decisive edge over other kinds of Fighters since then, and considering Universe Survival and Rival Universe probably won't really benefit from many new Zenkais in the near future, it would've probably made more sense to just focus on Universe Survival and make a single, stronger Team.

Hypotheticals aside, the new All-Stars Banner sets a decent basis for the future for this Team. Mainly, Android 17 is the Fighter with the highest potential out of the two, since his toolkit is very versatile: he has good Damage Buffs right off the bat, and becomes a pretty great Damage dealer after he activates his Main Ability ( it provides Arts Draw Speed and a permanent Special Move Buff ). In particular, his Special Move is a Melee type with Blast Armor, so it can be used after frame traps to deal massive Damage to opponents. Not only that, but his Extra Move locks opponents in for 1 count among other things, which might not look impressive, but in reality, it's just enough to ensure a specific opponent will suffer a single, really strong blow. He also gets stronger when an ally dies, meaning that overall he won't disappoint at any point of the Fight Damage output-wise.

Defensively, he's pretty straightforward, but Effective nonetheless: high Damage Reduction on Cover, which also has a "Anti-Strike" special Effect, and self-heal every time he switches out. Still, don't expect to tank much at low stars, he'll probably need 7 stars of higher for that. Last but not least, he even provides some Supportive Effects both through Debuffs on opponents ( Main Ability seal ), and Effects that make his allies' lives easier ( Ki on Switch and Sub Count reduction ). As a whole, he's just a perfectly balanced Fighter that will probably be on this Team for a long time.

On the other hand, 18 is more limited. Her toolkit is quite clearly focused on Offense, although she also provides some Support to her allies. Her main issue is that, while some of her Buffs ramp up as she uses Arts Cards, her lack of Ki Recovery, Arts Draw Speed, and even significant Ki Reduction make that aspect of her almost silly. In particular, her Extra Move provides her of 4 new Cards, something which is supposed to synergize with her stackable Buffs mechanic, however her Ki issues make it really hard to use that card efficiently ( mostly, it can only consistently be used with great results after her Main Ability, which restores Ki). Overall, SP Toppo BLU is probably a better Blue option than her for the Team, despite having a much worse Z-Ability.

So, how is the Team looking as a whole? It's pretty much still a worse Rival Universe, and the lack of a Green Fighter and a Support are glaring weaknesses in the current Meta... but things might change very soon.

While SP Android #18 YEL Zenkai 7 is without a single doubt irreplaceable, a double Yellow Android composition is nothing to scoff at. SP Android 17 YEL is a great partner for her, as he's one of the few great Androids that provides two Strikes to the Team's Deck. While 18 can use her Extra Moves to get rid of the Blast Cards in her hand, it's always good to have as many Strike Cards as possible for her, especially in late-game, when she stops drawing Extra Moves regularly.

Whatever applies for Universe Survival regarding 17 applies here too: he's just a very versatile Fighter that can benefit the Team in multiple ways, at any time. Sure, there are some really impressive Red Fighters in the Meta right now, but luckily the Team is versatile enough color-wise to be able to switch things up when needed.

Still, 17 on the Team is more of a flex pick and not really a significant improvement over the previous state of the Team, so if you want to pull for him just for his value on Android, don't.

Android #18 BLU is worse than 21 generally, plain and simple, but she might be worth a shot on the Team if you somehow manage to get her at very high stars.

In short, it's only worth pulling for this Banner if you expect to invest in Universe Survival heavily ( because the Team will almost certainly get at least a LF moving forward ) in the future, as the new Fighters are not really necessary on Androids ( and 18 is not even necessary on USS) . Still, with the Anniversary coming near, you might want to save instead, as we might see considerably stronger Fighters than the ones that just released.