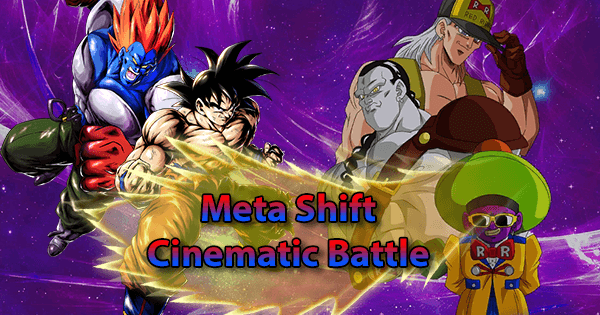 The new USTS#15 brings two new SP Fighters, two new EX Fighters, and surprisingly one new HE Fighter. Not only that, but even the EX Ginyu Force Fighters that the Game had originally released for free are coming back, so the new Banner started to generate a lot of hype around the community, despite being a mere USTS. This is also thanks to the fact that the new Fighters look incredibly strong and they strengthen multiple Tags.

To quantify the importance of SP Fusion Android #13 RED, the best Android Red Fighter prior to his release was SP Perfect Cell RED.

The lack of a playable Red Fighter has always caught Androids’ Players eyes, however this has been especially meaningful in the past few days, due to the uprising of Yellow Color Counter.

Now that SP Fusion Android #13 RED is here, Androids finally have a complete Team. Not only they have a Core that has five amazing Fighters, all representing different colors, but also an incredibly good set of Z-Abilities that massively improves the Team.

They are one of the few Teams in the Meta that can counter basically any matchup by color, this makes very tough to face, and thus one of the best in the Meta.

SP Goku GRN adds depth to the Saiyan Team, by being a powerhouse that is either optimal at Tanking or attacking depending on the situation. In fact, his toolkit makes him incredibly tough to defeat in early game, and his crisis Boosts make him incredibly powerful a the Last Man Standing.

The Team was lacking an option that could effectively replace SP Super Vegito PUR in situations where the latter isn’t optimal, so basically this SP Goku GRN makes Saiyan a four men Core that can adapt to multiple situations.

In particular, the new Fighter makes the matchup against Androids considerably easier thanks to his Anti-Androids Unique Ability.

This Tag is top notch once again.

Just like on Saiyan, the new SP Goku GRN adds depth to an already overwhelmingly strong Team. However, there is a difference, since Son Family already had a great Green in SP Gohan GRN, so while there is an upgrade, it isn’t as impactful as on Saiyan.

On the other hand, SP Goku GRN’s toolkit is very similar to SP SSJ2 Youth Gohan RED’s, in the sense that they are both Cover Fighters with very good Crisis Boosts. However, SP Goku GRN’s Boosts are higher both Defensively and Offensively, while SP SSJ2 Youth Gohan RED is more versatile thanks to his Element Disadvantage Removal from his Main Ability.

Overall, Son Family gained another heavyweight option, and in particular, the Team was in need of a great Tank, so the new SP Goku GRN fits very well.

It’s been a while since this Tag has lost his own identity. In fact, it has to borrow Fighters from other Teams and try to make them fit together, which is not always easy despite them all having the Sagas Warriors Tag.

For this reason, Sagas Warriors often ends up with weaker variants of other optimal Teams. However, this doesn’t mean that it’s weak. SP Goku GRN follows this tradition by being a powerful Fighter that primarily belongs to other Tags.

However, thanks to its ties with multiple Tags, Sagas Warriors can have niche Teams that still have good synergy thanks to the great Z-Abilities of the former.

EX Nail PUR is a subtle addition to the Regeneration Tag. The latter is renowned for having great EX Fighters, and the new one isn’t an exception to the rule. In fact, he is unquestionably the best Purple Fighter for the Tag. While he won’t bring Regeneration to the Holy Land by himself, he builds a basis since his Supportive Effects are amazing and his Offense is no slouch either.

In particular, his “Defeated” Buffs are quite impactful,  he has a nice Extra Move that Heals both him and his allies back and he has an amazing Z-Ability.

Overall, his toolkit is solid and we’ll see more Regeneration Teams in the next Meta thanks to him.

This is a good question. While it’s true that USTS usually aren’t worth pulling one because they come with some free Guaranteed SP Pulls mechanics, this release is very strong.

To compare it with another Banner, this is much better than the Legends Rising Vol.9 that was released just a week ago, since it strengthens multiple Tags and it features a lot of interesting EX Fighters that we might not see again for a long time if history tells us something.

If you’ve skipped the previous Banner and you’re interested in multiple Fighters from the new one, feel free to test your luck. 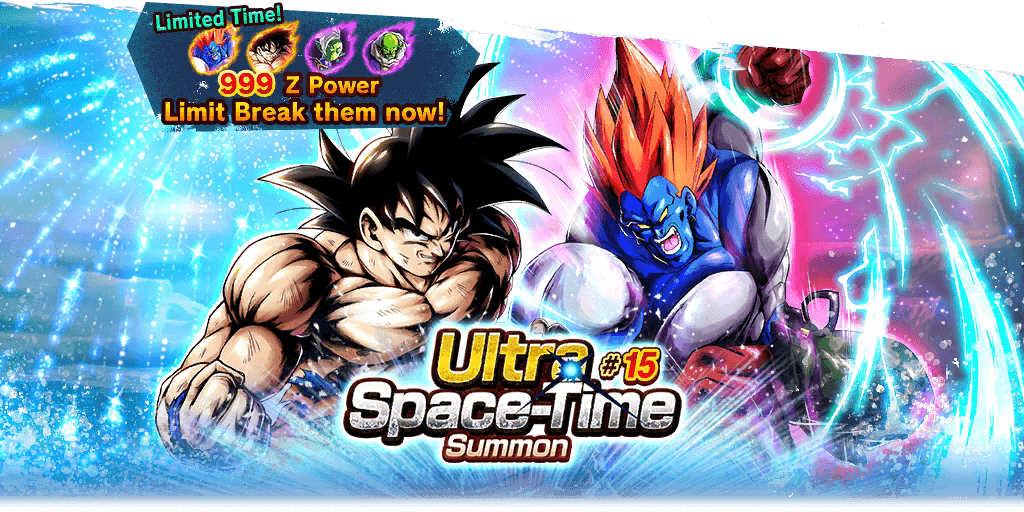