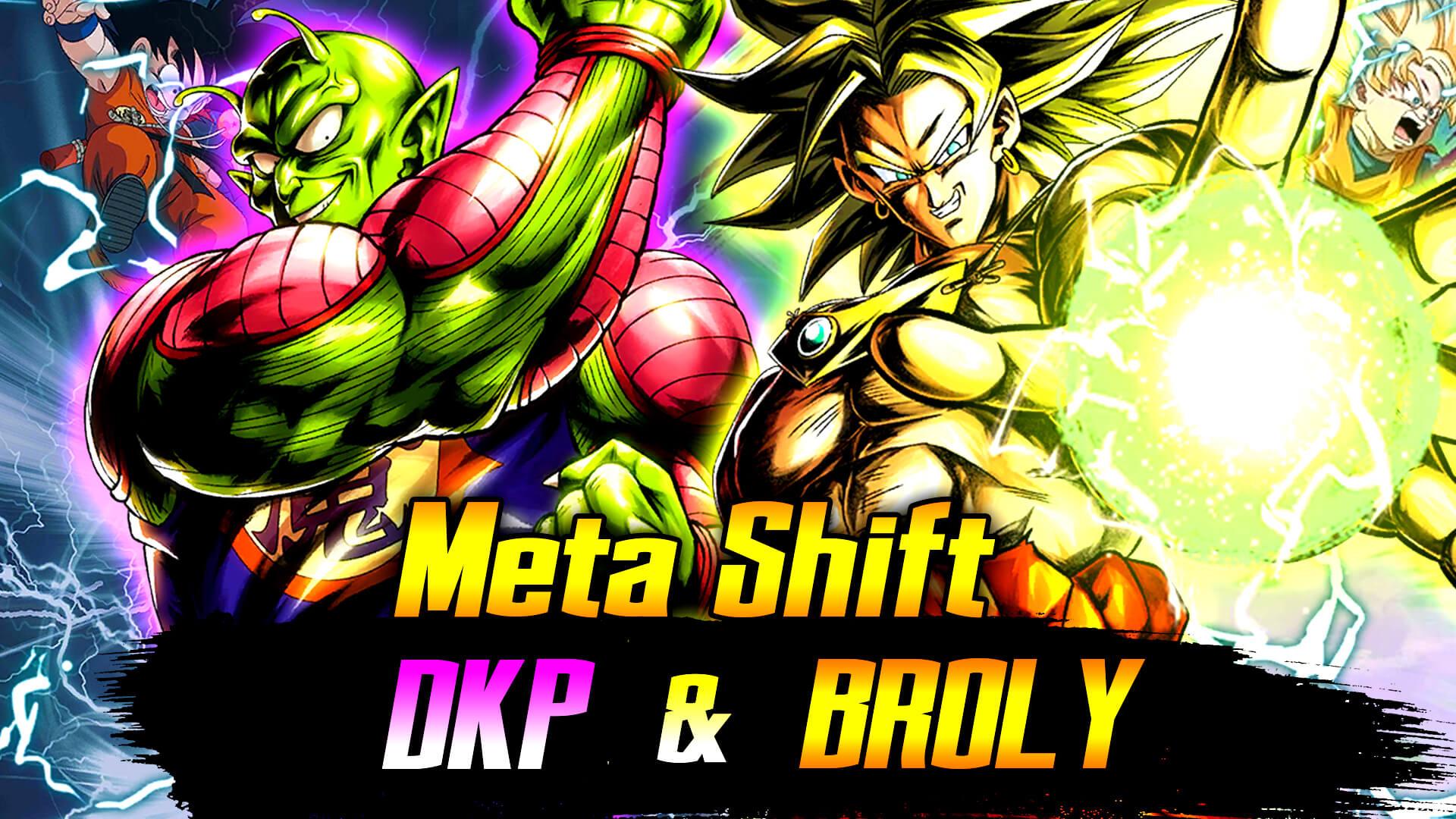 New Meta Shift, new releases. After the most recent Maintenance, we got a new Zenkai Banner and a new All Star Banner: SP Metal Cooler RED is the Zenkai, while SP SSJ Broly YEL and SP Demon King Piccolo PUR are the new Fighters. All of them share the Powerful Opponent Tag, which bodes well for a Team that was in dire need of fresh firepower even after SP Kid Buu BLU’s release.

This premise doesn’t tell the whole story, in fact Metal Cooler primarily fits Lineage of Evil, where he competes with SP FF Frieza RED, who wasn’t exactly in need of a replacement.

So, let’s see what all these new releases bring to the table effectively.

Naturally, Powerful Opponent is the highlight of this article. Both Demon King Piccolo and Broly provide really good Z-Abilities for the Team, especially the latter as he has a Health Z-Ability. In general, Powerful Opponent has always been a Team with horrible Ability Bonus, which became even more apparent when the Team faced Builds full of Zenkai Fighters, that can take advantage of huge Zenkai Abilities. With that issue partially gone, the Team should see an immediate boost in overall performance.

In terms of what the new Fighters can do on the field, Demon King Piccolo is the one that could really be a staple moving forward. While it’s true that he takes a bit to get going due to the limitations to his Transformation, he becomes an absolute nuclear bomb once he Transforms. Every part of his kit oozes Damage, and even though his stats distribution makes him primarily Blast Focused, he’ll do well regardless of what Cards you hold at any given time. That said, he fits extremely well alongside Fighters like SP Kid Buu BLU, SP Perfect Cell (Revived) RED and SP Goku Black GRN, as all of them thrive in a Blast based Deck.

On the other hand, Broly’s stats and Damage Buffs aren’t nearly as high, but he has a very powerful Ultimate Move ( it can reach up to 110% Damage Buffs ) that hits AoE among other things. Is that enough to make him compare to the strongest Fighters on the Team? Sadly, no. Unless it’s against Son Family Fighters, his Damage is just too low and he doesn’t even have consistent Arts Draw Speed, so his main strength really is his Z-Ability.

Metal Cooler is decent, but he definitely doesn’t replace SP Perfect Cell (Revived) RED on the Team as he doesn’t have the same Offensive potential and he doesn’t Buff the Team through his Z-Ability.

That said, the Team is steadily improving and now only needs a strong Supportive Fighter to be complete.

Finally, this Team is shaping up to be a pretty strong threat in the Meta. The Demon King Piccolo ( the new one and the Zenkai one ) are either a good or a bad fit together depending on the context. In a way, Z7 SP Demon King Piccolo might make it easier for the other DKP to Transform since he steals Dragon Balls from the opponent, but it’s also true that one is Strike Based and the other is Blast Based, so there might be some issues Deck wise.

Still, it’s a considerable improvement for the Team, since it only had three playable Fighters on the Core prior to this release. Ideally, Demon King Piccolo should be paired with Launch as well, since both of them are really strong Blast Fighters, however at that point the situation becomes even worse for Z7 DKP. So, is there no perfect option? Sadly, not yet, but things might change soon, as it seems the developers finally acknowledged the existence of this Tag.

Of course, Regeneration is in the mix as well. An already very powerful Team manages to get even better, as Demon King Piccolo is the clear new best Purple option, and he also opens the way for new, interesting options for the Team. In fact, now that the Team is heavily Blast Based, Z7 SP Piccolo YEL becomes much more relevant.

While it’s true that SP Demon King Piccolo YEL was really needed for the Team previously since he was the only one that could inflict meaningful amounts of Damage early on, it’s also true that having a completely Blast reliant Deck magnifies everybody on the Team, so even prior to any Transformation, Regeneration still puts in serious work Offensively.

Now that the Team has a full color wheel of very good Fighters, and very good balance both Defensively and Offensively, it might seriously overthrow Android as the best Team in the Game.

Metal Cooler is also an interesting option and he makes an insufferable Defensive couple with SP Majin Buu GRN since they’re both Tanky and Heal the Team, however just like on Powerful Opponent, Cell just brings more to the table.

This one is interesting. The debate of who’s a better choice between SP Metal Cooler RED and SP FF Frieza RED is quite difficult to resolve. Frieza’s Debuffs and overall Damage still make him one of the strongest Offensive Fighters in the Game, but Defensively he isn’t nearly as good as Metal Cooler.

One could argue that Lineage of Evil needs Defensive options more than Defensive ones, as SP FF Cooler BLU is still an impeccable Offensive engine that functions both as a main Offensive carry and as an enabler through his great Supportive capabilities… so what's the answer?

Truth be told, it’s entirely subjective, as neither of the Red Fighters has a clear edge over the other. It depends on your playstyle: if you feel confident about a reckless Offensive playstyle, Frieza might fit your Build better, while Metal Cooler fits a more conservative playstyle better.

Either way, Lineage of Evil is still a mid tier Team.

Do you care about Regeneration, Dragon Ball Saga or Powerful Opponent? If the answer is yes to at least one of these, it might be worth pulling as Demon King Piccolo is probably going to be great for a long time. Specifically, Powerful Opponent mains are basically forced to pull since both of the new Fighters have incredible Z-Abilities for the Team.

Regarding Metal Cooler, even if you main Lineage of Evil, you should only consider pulling for his Zenkai if you lack SP FF Frieza RED, and even then consider that he’s not that good compared to most other Zenkai Fighters, so it might not be worth it overall.