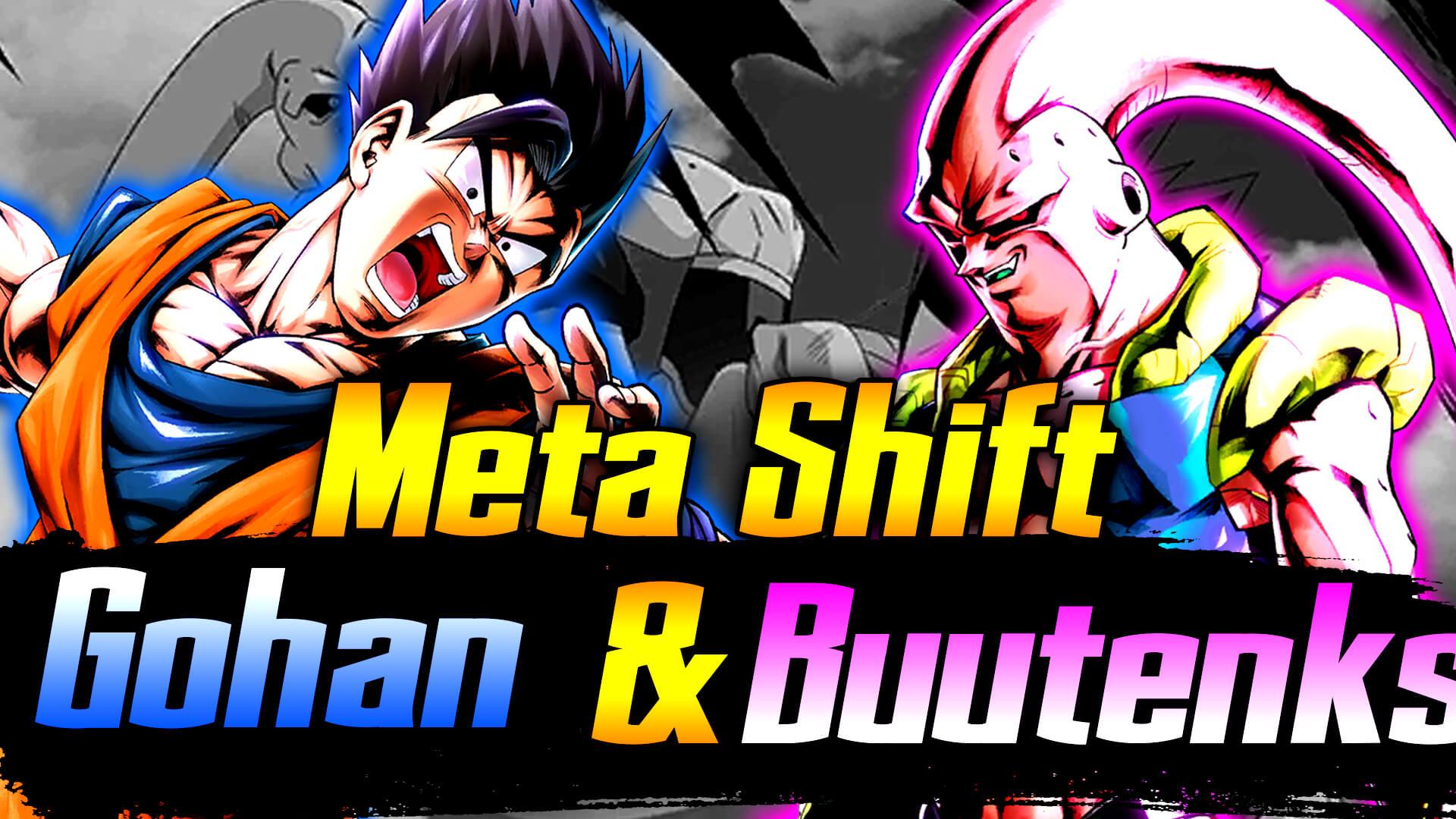 Another update, another new Banner for Dragon Ball Legends, featuring Ultimate Gohan and Buutenks, a pair that might make you recall their very short Dragon Ball Z fight, however this Ultimate Gohan variant is from Dragon Ball Super instead, an interesting choice considering Gohan’s adventures in DBS are not really worth remembering.

Anyhow, Tag wise this Banner shows some potential, as it benefits some Builds that were in need for strong updates, so let’s see if the new Fighters can cover relevant roles in the Meta.

Out of all the Teams that got Buffed, Son Family got the most interesting change. In fact, the Team got multiple Green Fighters in the past few months, but only one of them Buffed this Tag. However, this Team’s strike identity and the fact it was only composed by Saiyans made SP SSJ Goku (RoC) GRN the preferable option.

With SP Gohan BLU in the mix, a Son Family Z-Ability becomes more useful for the Team, so SP SSJ KK Goku GRN finally has something over other Goku variants with the same Color.

Overall, the Team becomes more Defensive oriented with those two in the lineup, because of SP SSJ KK Goku GRN’s Endurance mechanic and SP Gohan BLU Cover-Strike Seal Combo, however that doesn’t mean this Build is much worse Offensively than the former Son Family lineup, as those two synergize well kits wise ( both mainly Blast focused, while not overly crippling the Deck for other Fighters on the Team since they hold mixed Cards ).

It’s worth noting that since SP SSJ Goku (RoC) GRN is better than SP SSJ KK Goku GRN as he’s much better at dealing with SP SSB Vegito BLU, this variant might not feel better than the full Goku Team, but still it’s the best Son Family Build to use SP Gohan BLU in, and considering we’ll probably get more Gohan and Goten variants to fill the Team with in the future, the new Gohan’s spot on the Team looks really safe long term.

Gohan’s role in Hybrid Saiyan is complex to determine, mainly because he has to compete against SP Trunks BLU Z7. Looking at them both, the latter has a better Damage output and he’s the more durable Fighter in general thanks to his stats, while Gohan has a way better Z-Ability for the Team, a better supportive Mechanic and a nice Strike Seal mechanic. All in all, Gohan is a true jack of all trades, master of none type, while Trunks is more focused at being excellent at a few things.

The Team fit is also a factor. As of now, Hybrid Saiyan are mostly Strike Based since SP SSJ Gohan YEL and SP Trunks PUR are still part of the Team, so Deck wise Trunks fits better.

Overall, SP Trunks BLU Z7 probably is still the better option for the Team and since Hybrid Saiyans will get F2P SP Gotenks GRN Z7 in the future, the Legends Road synergy might be decisive to make the Tag really good again.

Sadly, SP Buutenks BLU isn’t exactly what Regeneration needed. The new Fighter is a glass cannon, but his Offensive tools aren’t really impressive by current Meta standards. In fact, he’s comparable to SP Golden Frieza GRN with the exception that SP Buutenks BLU lacks Arts Draw Speed, making him even worse arguably, which is just a pathetic feat at this point in the Game.

Should you pull? The short answer is most likely not, you shouldn’t because none of the new Fighters impacts the Meta to the point they are a must for their own Teams, especially Buutenks.

Gohan can be seen as a Fighter that will become more relevant as Son Family becomes more diversified, however that fact alone isn’t enough as a reason to pull.

The fillers are not bad, especially looking at the past few Banners, but they’re not that good either. The best filler here is SP SSJ Gotenks RED who has been replaced in all of his Teams, so it’s not looking good for the others.