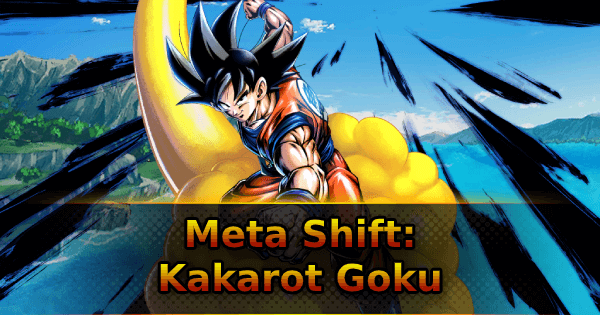 This week’s Update has brought us another F2P Fighter, namely Goku from the start of Dragon Ball Z: Kakarot --the third collab Dragon Ball Legends has gotten --, which is represented by his unique toolkit.

Although at first glance one could say freely attainable Fighters are not particularly impressive, for most of them the game has made it possible to unlock maximum Limit Break level --which translates in very high Stats-- , and this new SP Kakarot Goku RED makes no exception.

Featuring only Goku variants, this Team might as well be named Saiyan, but compared to the latter it has a more coherent Z-Abilities pack -- all Fighters have at least 5 Bench Buffs --.

This was the case prior to this Update as well, thanks to SP Kid Goku YEL’s Zenkai 7 Boost that made him better than SP SSJ Youth Gohan YEL, but the Team lacked some diversity, so a Fighter like SP Kakarot Goku RED was much needed.

However, make no mistake as he’s not only a serviceable Fighter whose only perk is making Son Family’s Color Wheel better, but rather he’s a very strong addition that should be considered Core in many matchups. Right off the bat his Strike Damage is quite high and as the Match goes on he simply becomes an Offensive monster thanks to the permanent Buffs he receives, his handyman Main Ability and his Special Move-drawing Extra Move, which is deadly if SP Kakarot Goku RED manages to land a Faint.

Lastly, at 14* he’s a good Defensive option as well thanks to his high Stats overall.

Son Family should by all means be seen as a cheaper Saiyan variant as it has more Bench options, thus they’re really close in value -- both are very relevant in the Meta -

Should You Max This Goku?

Absolutely yes. This Event gives a lot of Z Power for free so the grind won’t be particularly extreme, also considering you have several weeks to complete it. SP Goku Kakarot RED improves a Team that was already quite F2P and his Z-Ability will probably have future value as well since Goku variants will always be relevant in the Meta.