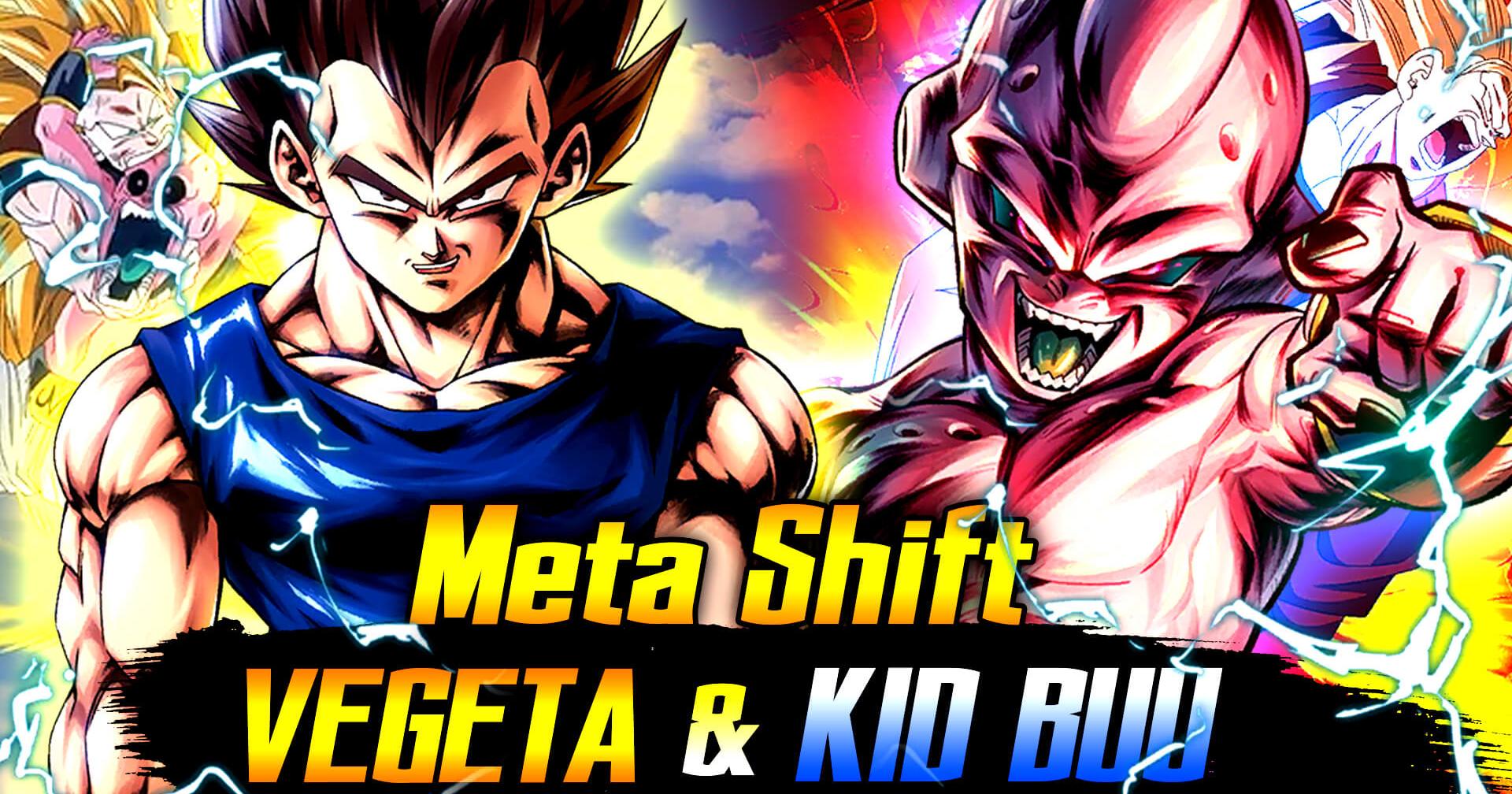 Welcome to the monthly release of “How good is the new LF?”. It seems like yesterday SP SSJ Gohan YEL LF got released, but that’s an understatement: 5 LF Fighters ( with Kid Buu being the fifth ) have been released since the end of November, which equals to a release pace of more than 1 a month, for a category of Fighters that are really hard to pull.

Luckily ( or unfortunately, depending on the perspective ), Zenkais have made this pill easier to swallow, as their dominion over the Meta hasn’t faltered over the past few months, but rather it became unquestionable, and since Zenkais are much easier to obtain for all Players, in a sense this is better than low rate Fighters being the pinnacle of the Meta.

Still, a better balance is probably required. It’s ok to make Zenkai competitive in the Meta, but it’s also worrisome to make most of the new Fighters so much weaker it’s not even a contest, as that effectively devalues any Chrono Crystal expense on new Banners.

That said, alongside Kid Buu, SP Vegeta YEL joins the new Banner ( Step Up with the same format as the LF Gohan one ), and a F2P SP Buuhan PUR got released through the Rising Battle mode, so let’s see if these new Fighters can scratch Zenkais’ reign.

Two of the new Fighters, including the new LF, mainly fit this Tag, so it deserves the first spot in this new Meta analysis. Starting from SP Kid Buu BLU, he’s an Offensive Fighter with a quite high Damage ceiling. Ceiling is a keyword here, as he’s very reminiscent of SP SSJ FP Broly BLU LF, in the sense that the longer he manages to remain on the field, the more threatening he becomes ( he periodically inflicts Debuffs to the enemy that increase his Damage taken ). This condition is made easier to fulfill thanks to his very reliable Vanish Gauge Recovery capabilities, that make him seemingly untouchable at times. In particular, his Extra Move helps him in that sense and provides him of several Effects which immediately make him much stronger Offensively ( Arts Draw Speed is the main one ).

These are just the main parts of a very strong and varied toolkit, that make Kid Buu a very resourceful Fighter.

On the other hand,  SP Buuhan PUR is very straightforward, as he simply starts off with decent Damage Buffs (that only last 50 counts ), and continuously gains Blast Damage Buffs (they cap at 150% )as he uses Strike/Blast cards. This Fighter can be pretty deadly Offensively, as his enormous Damage Buffs ceiling implies, especially since he’ll soon be obtainable at 14*, but he’s far from perfect. In fact, he’s not exactly durable despite his good 14* stats, and his Blast Damage Buffs can be removed, so any Buff removal would basically make him useless until he regains those Effects, and even then it would take a while. He’s still pretty interesting and good, however Regeneration has more consistently powerful options than him overall.

The competition is fierce for Kid Buu as well. Zenkai 7 SP Android #21 BLU is a really good Support that provides superior Tankiness compared to the pink devil, while also being pretty good Offensively. On the other hand, dismissing all of his strengths for a second, at least at 2-3* Kid Buu suffers from the classic LF problems, namely low stats that hinder him in various ways, especially Defensively.

For this reason, it’s hard to suggest him over a more consistently reliable Fighter like #21.

SP Vegeta YEL is an interesting Fighter, however basically most of the things he brings to the table, are already provided by SP SSB Vegeta PUR… which isn’t necessarily a bad thing. In fact, both of them have fantastic Supportive Abilities, so they can be paired with a reliable Fighter to magnify his effectiveness beyond belief. Luckily for Vegeta Family, there probably isn’t a Fighter that fits such a description better than SP SSJ2 Trunks BLU in the Meta. Not only is the Hybrid Saiyan a tremendous Offensive Force both right off the bat and in late game, but also he provides Substitution Counts manipulation, which is much needed on this Team for a specific reason: your top priority is to make sure Trunks is the last Fighter alive on your Team, no matter what.

If he gets defeated before either variant of Vegeta, winning becomes much harder for the Team, if not nigh impossible. Something unique for the Team is that all the mentioned Fighters have some sort of Sub Count manipulation, so in general gaining a serious rotational advantage over the opponent will be really easy for Vegeta Family. Still, that might not be enough to save Trunks from certain death at times, so relying on just him to win is still a weakness.

The two new variants of Buu have more of a chance here than on Regeneration, as Powerful Opponent is one of the weakest Teams in the Meta. Truthfully, this Tag makes SP Kid Buu BLU’s color choice look bad, in fact he shares colors with SP SSJ FP Broly BLU, the Fighter that made the Team slightly more relevant a few months ago.

Something interesting is that this Team could make a lineup full of Regeneration Fighters and be really good , but that’s no fun as it’d effectively become a weaker Regeneration variant.

Kid Buu is more reliable than Broly, as the latter relies much more on the perfect case scenario ( opponents switching out repeatedly against him ) than the former ( Buu has higher Base Buffs that make his Damage considerably higher in the worst case scenario for both ), so he’s likely the better option for a Team that lacks consistency such as Powerful Opponent.

Buuhan is the best Purple Fighter for the Team, but his Z-Ability isn’t that good and the Team’s Ability Bonus is already pretty bad, so it won’t be easy for him to fit here.

Saiyan is a Tag of many identities, the most popular one right now focuses around Zenkai Fighters ( you don’t say ) such as SP SSJ Bardock BLU, SP Super Gogeta RED and SP SSJ3 Goku PUR.

Among this pack of juggernauts, a Fighter who is quite weak on his own, but magnifies his allies really well like SP Vegeta YEL can fit quite seamlessly, the issue is it’s hard to using him over any of the juggernauts at any point, as their self-sufficiency and reliability almost always offset Vegeta’s Team Support. He’s still a great alternative option for Offensive Saiyan Builds.

Short answer, pulling for this Banner is likely unnecessary for you. While Teams like Vegeta Family and Powerful Opponent improve a bit, the same can’t be said for Regeneration ( although Kid Buu can surpass #21 at higher star amount ) and Saiyan, which also happen to be much more relevant Meta Teams than the first two mentioned.

If you decide to pull, do it while keeping in mind these new Fighters won’t drastically improve the state of your Teams.