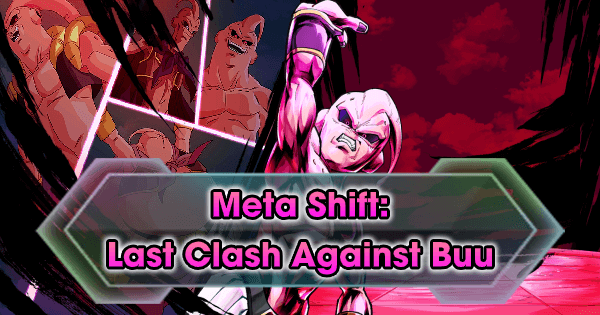 Finally, the Step-Up Banner featuring the battle that concluded Dragon Ball Z is here, with the highly anticipated SP SSJ3 Goku GRN and SP Buu : Kid RED. These Fighters aren’t otherworldly powerful, however they are both very good, thus they are important additions for their respective Tags. Regarding the Summon Mechanics, despite Step-Up Banners being worse than in the past, they still bring the best bang for your buck in the game, and this one makes no exception.

SP SSJ3 Goku GRN’s Z-Ability makes him work best on Saiyan. He’s a very balanced Fighter that can inflict good Damage at any point of the Match, especially after 40 timer counts, when he gets a permanent Ki Cost Decrease and Arts Draw Speed Boost. These things, combined with his Ultimate Move that inflicts absurd Damage in Late Game Situation and nullifies Element Disadvantage, make SP SSJ3 Goku GRN very solid in every stage of the Match.

For these reasons, his partnership with SP Super Vegito PUR works really well, since they both can control the rhythm of the game really well. With SP Angry Goku BLU as the final Core piece and nice Alternative options on the bench, Saiyans look poised to take over the Meta again.

SP SSJ3 Goku GRN doesn’t work as well on Son Fam as he does on Saiyan, but he still replaces SP Goku GRN on the Team. In fact, the Team needed someone that could inflict decent Damage right off the bat, thus SP SSJ3 Goku GRN fits well.

Thanks to their multitude of great Fighters, Son Family are still a top tier team, however their Z-Abilities are holding them back and it doesn’t look like it will get any better for them. In fact they potentially can put up a Team with all color options, however the Z-Abilities would be a mix of Son Family-Saiyan-Hybrid Saiyan Bonuses. Also, they still miss a Health Z-Ability, and considering SP SSJ3 Goku GRN’s Health stat is kinda bad, that’s not ideal for him.

Still, a very good Team, but other Builds are starting to look better.

SP Kid : Buu RED is the best Regeneration Fighter. His toolkit makes him a great Offensive Fighter with some solid durability options, and he links up well with SP UGA Buu GRN,since the latter provides him of Extra Move -- Although Players need to be careful not hoarding too many of those --.

Is this enough to make Regeneration top tier again? It doesn’t seem like it at the moment. While EX Nail PUR and SP Perfect Cell YEL work well with the two Fighters mentioned above, this Build is still missing something. Primarily, a Health Z-Ability would work wonders, considering all the Healing options this Team has.

Also, the complete lack of a Blue Fighter translates to very bad results in some situations. It’s not like each Team needs to have all color options on their Builds, however considering Regeneration doesn’t have any over the top Fighter, that kind of diversity is needed -- Just like Androids supplement their lack of Z tier Fighters with total diversity and great Z-Abilities--.

Regeneration still got better, just not as much as you might’ve expected before the Step Up dropped. 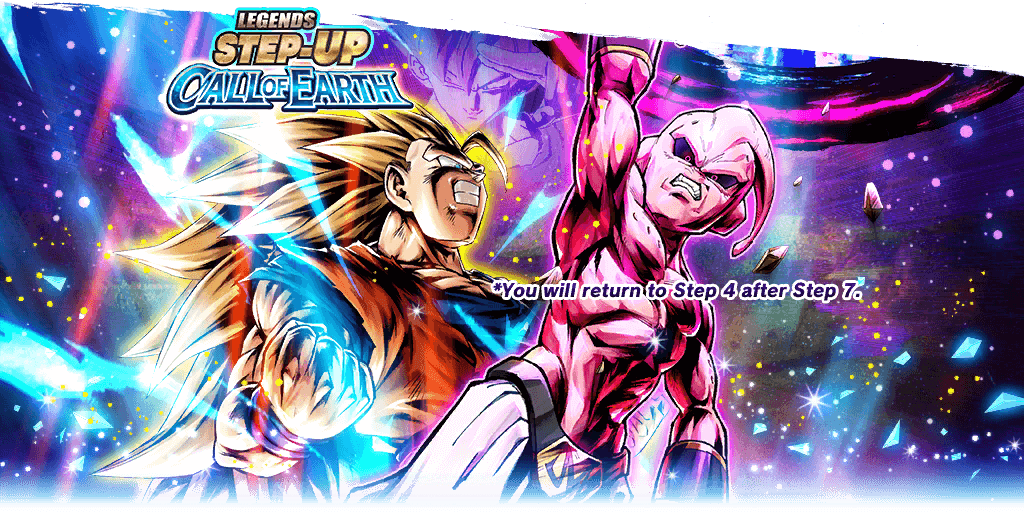 An important thing to remember for Step Ups is that you should never aim at LF Fighters primarily, considering how low their rate normally are. You should always look at the new non LF Fighters on the Banner, and at how the Filler Fighters might complement your Fighters Box.

Considering those factors, this Banner could be skippable, since Regeneration isn’t looking too hot right now, and the Fillers have already been in multiple Banners since their release.

If you really like the idea of playing a Regeneration Team and you want to bet on it getting more releases in the near future, or if you’re feeling lucky and you want to make a high-cost Saiyan/Son Family Team, then feel free to spend your Chrono Crystals as you please, taking advantage of the very good Summon Mechanics offered by this Banner.