Meta Shift: Legends Road and the Return of Female Warriors 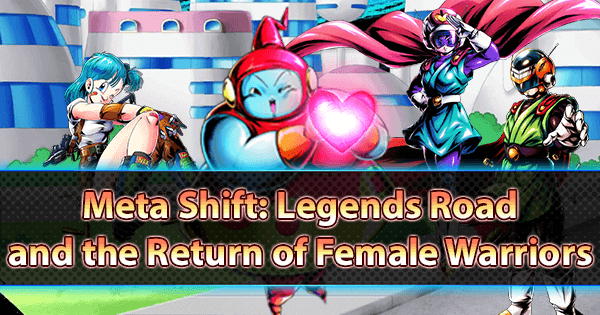 The new Rising Girls Banner only features Female Warrior SP Fighters, making it perfect for those who specifically want to enhance that Team.

Other than the usual 999x Z-Power mechanic available for the first few days, this Banner reuses the five featured SP Fighters formula, which in this case is much appreciated because all five of them can fit in the same Team. 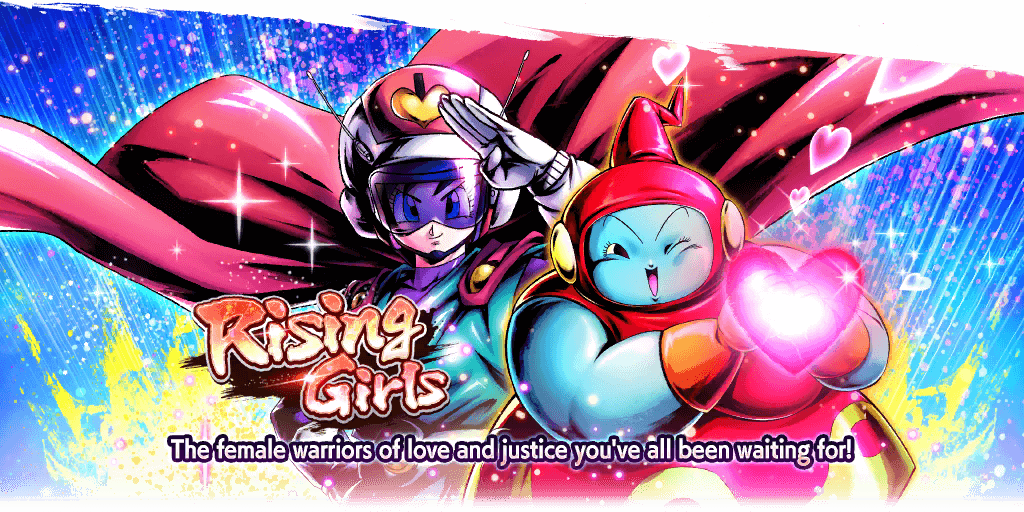 SP Ribrianne BLU has an almost impeccable toolkit which combines great Defense with high Offense. For starters, she holds Strike Arts Cards, which fits her Ability Buffs and is optimal for PVP Team Building in general.

Her Strike Damage output is already high right off the bat, however as the Match goes on and her allies die, SP Ribrianne BLU gets even stronger as a last-man-standing. In a Female Warrior Team, her Strike Damage Boost ranges from 110% to 140% depending on how many timer counts she has spent on the field, which makes her Damage output one of the highest.

Additionally, her Extra Move further increase her Damage output by a considerable amount for 25 timer counts, and her Special Move has a chance to inflict Paralyze--one of the most annoying effects in the game.

One would think that such incredible Offensive Abilities would be balanced by weak Defenses, but this is not the case for SP Ribrianne BLU since her Defense and Health stats are all high and she reduces her own Damage received by 30% for 15 timer counts each time she’s switched in.

To top it off, her Main Ability draws an Ultimate Move Arts Card and inflicts a No Switching Debuff on the Enemy for 10 timer counts--a useful Cover counter reminicent of SP Bardock GRN. Her Ultimate Move inflicts massive Damage thanks to her various Damage Buffs, and has a high chance to inflict Paralyze.

While the focus of this Banner might make people think that SP Saiyaman 2 RED’s best fit is in Female Warrior Teams, her toolkit her perform better in a Purple Color Counter.

Her Damage output is great from the start because it gets Boosted depending on the number of living Teammates and higher if they are Purple. Furthermore, she has a 40% Strike Damage Boost against Lineage of Evil, but this Tag hasn't seen new releases in a while.

Her Z-Abilities Buffs Purple Fighters and Female Warriors (after 5 stars), so she’s perfect as the Red Fighter in a Purple Color Counter Team. Considering she's also a Sagas Warrior, she gets Buffed by SP SSJ Broly PUR’s Z-Ability

While she doesn’t have the problem of holding Blast Cards Arts like many great Ranged Fighters, the lack of Blast Cards she brings to the deck of an optimal Female Warrior Team means she will likely only be utilized as a Blast dump because her Strike Damage output is awful.

SP Ribrianne BLU is now a staple for Female Warriors and she requires as many Strike Cards as possible in the deck to maximize her Damage output, so a Ranged Fighter won’t really be viable in this Team for now.

SP Saiyaman 1 PUR has a decent Offensive toolkit and fits well in Purple Color Counter Team, but some of his weaknesses hurt his viability there.

But starting with his strengths, his Damage gets Boosted depending on the number of Teammates still alive and he gets another Boost in Blast Damage depending on how many of them are Transforming Warriors, so he fits well with SP Saiyaman 2 RED. His Main Ability also Boosts his Damage, draws a Special Move Arts Card, and gives him a few tactical Buffs.

His biggest problem are his Held Blast Cards Arts, which hurt his partner in crime SP Great Saiyaman 2 RED, who is more of a Strike-centric Fighter. While this doesn’t make him bad, other Purple Fighters such as SP Turles PUR and SP SSJ2 Vegeta PUR are far better and their held cards are generally more useful to the Team.

The State of Female Warriors in the Meta

SP Ribrianne BLU is a great addition to the Female Warrior Tag. Her combination of Offensive and Defensive Abilities makes her one of the strongest Fighter in the game. Tankiness is something that Female Warriors were lacking and being Blue is ideal because now the Tag has a proper counter to SP Zamasu RED, giving them more options against Regeneration.

While SP Great Saiyaman 2 RED fits better on a Purple Color Counter, she’s still a good addition for the Female Warrior bench after 5 stars. She’s good to bring against Regeneration Teams because SP Perfect Cell YEL is so common in that core.

SP Mai GRN is still a staple for Support since she can increase the Team’s Damage output and make it more balanced.

SP SSJ2 Caulifla PUR should be the one to fill the last spot on a Female Warrior Team most of the time because her Damage output is consistently high and her Held Strike Arts Cards and color are optimal for protecting SP Ribrianne BLU from Green Fighters--specifically SP SSJ Kid Goku GRN.

Something worth noting is that the Female Warrior Tag is now very populated, so it’s fair to say that it's best to fill the Team with great SP Fighters--which is now possible with how much Z-Synergy is available. Female Warriors are back to being competitive in the current Meta.

This is without a doubt a great Banner. Not only are all of the featured Fighters great, but they also fit in the same Team, so those who already have a decent Female Warrior Team should definitely consider pulling.

However, Dragon Ball Legend’s Anniversary is near and historically, Anniversaries always come with the release of very strong Fighters, so F2P Players should keep this in mind before spending Chrono Crystals.