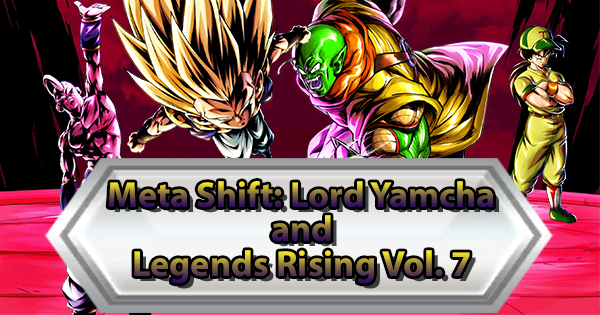 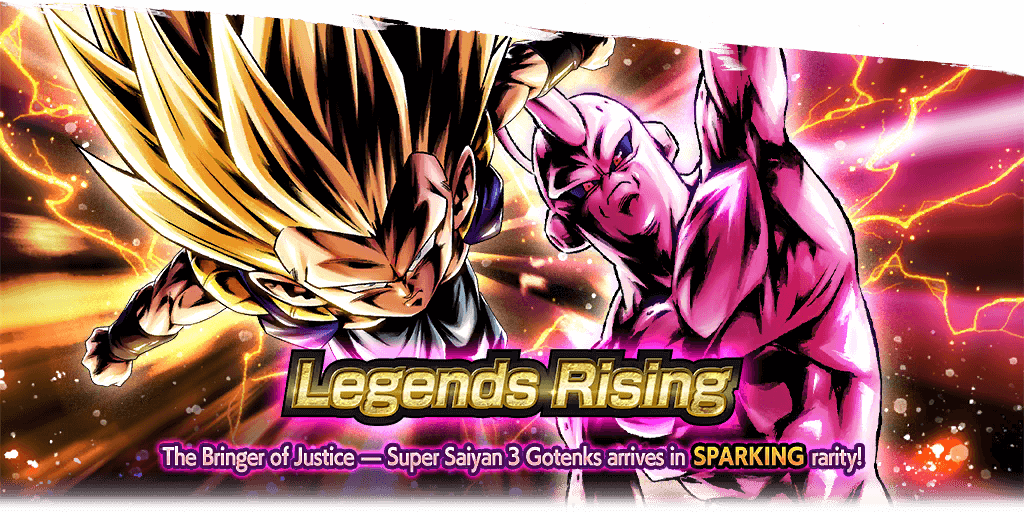 Surprisingly, SP SSJ3 Gotenks YEL has been released as a Defense Fighter, although his Offense shouldn't be underestimated. These things make him a good addition for Hybrid Saiyans and Fusion Warriors since both were lacking a reliable Tank.

His Health is kinda low, but his high Defensive stats balance it out. He has one of the most common but effective Abilities for a Tank: Cover \.

While his Defense is nothing revolutionary, his all-around toolkit that makes him a great Fighter. His Strike Damage output is great with a 30% Damage Boost for the first 45 timer counts of a Match and after his Cover activates, he gets an exponential Strike Damage Boost.

SP SSJ3 Gotenks YEL also has a bunch of other useful gimmicks. His Ultimate Special has a very high chance to inflict Faint when all Teammates are alive and his Extra Move can counter Enemy Moves while inflicting Immobilize and lowering their Ki Recovery Speed tremendously.

Additionally, he gets a random Boost for 10 timer counts each time he gets switched in, which is a great combination with his Cover and its Offensive Boost.

Overall, while SP SSJ3 Gotenks YEL doesn’t bring anything new to the table, he’s a great building addition to two Tags in need of the help.

SP Super Buu PUR is a Ranged Fighter, but his Offensive toolkit is quite balanced and he has Mixed Arts Held. His Abilities don’t focus on Damage, but he’s a Fighter who can impact a Match in multiple ways.

If 25 timer counts have elapsed since the beginning of a Match, he inflicts various Debuffs to all Enemies for 45 timer counts.

His Main Ability decreases the Enemy's Ki Recovery Speed for 15 timer counts in addition to drawing an Ultimate Arts Card.

Similar to SP SSJ3 Gotenks YEL’s, his Extra Move Immobilizes the Enemy and increases their Damage received, which is an optimal combination since the Enemy can’t defend himself.

However, SP Super Buu PUR has a big problem, which is his Ki Recovery Speed being low enough to really hold him back in a Match.

While it’s unlikely that he’ll find a spot in Regeneration Teams, that they were lacking many strong Purple Fighters and his dual Boosting Z-Ability makes him a good bench option and potential alternate, so he can be put there and used to counter the likes of SP SSJ Kid Goku GRN if needed.

EX Lord Slug YEL is a Defense Fighter with a peculiar toolkit, as none of his Abilities Boost his Defense in any way.

His Damage output is normally below average but he gets a 40% Damage Boost each time he gets switched in until he gets hit, which is useful when the switch happens during a Combo, meaning he can benefit from the Boost without risking getting hit.

Also, his Vanishing Gauge Recovery Speed gets increased by 50% for 10 timer counts each time he’s switched in through his first Unique Ability, which makes him more difficult to be hit so it combines well with his Taunt.

Other than this, there isn’t much more he can offer, however his nice dual Boosting Z-Ability makes him a decent bench Fighter for Regeneration.

This Fighter is similar to SP WC Hercule RED in the sense that he has some really good Unique Abilities, but he’s held back by awful stats.

Additionally, his Home Run based Unique Abilities are quite hard to pull off in PVP, so he’s restricted to PVE.

Specifically, he might be very useful against Bosses with high health, since after 7 Home run counts he doubles Rising Rush Damage and provides 7 Dragon Balls.

This new Banner doesn’t heavily shift the Meta, however it brings new elements that are worth paying attention to.

SP SSJ3 Gotenks YEL is interesting. Technically he’s a great Fighter, but the current situation of his Teams in the Meta doesn’t do him any favors.

While he’s definitely a core Fighter for Hybrid Saiyans, they are still primarily Blast-centric so he wouldn't mesh well with the other strong picks of this Tag.

He fits better in a Fusion Warrior Team, which is starting to shape up SP Gogeta BLU, however, the Team still lacks Supportive Abilities and versatility. So this means that while SP SSJ3 Gotenks YEL has all the tools to have a place on the Meta, he won’t be that relevant for a while due to the problems previously explained.

SP Super Buu PUR is a nice addition for Regeneration. While he may not be better than any of its core Fighters, he’s for sure its best Purple Fighter, and his Z-Ability is good enough for him to have a spot on the bench to be used when needed.

In short, this new Legends Rising Banner doesn’t bring any game-changing Fighters. The fact that there is a bigger chance to pull fillers than to pull the new Fighters makes the deal very risky.

Additionally, Dragon Ball Legend’s Anniversary is near, so F2P Players should hold tight and save their Chrono Crystals for a little while longer.