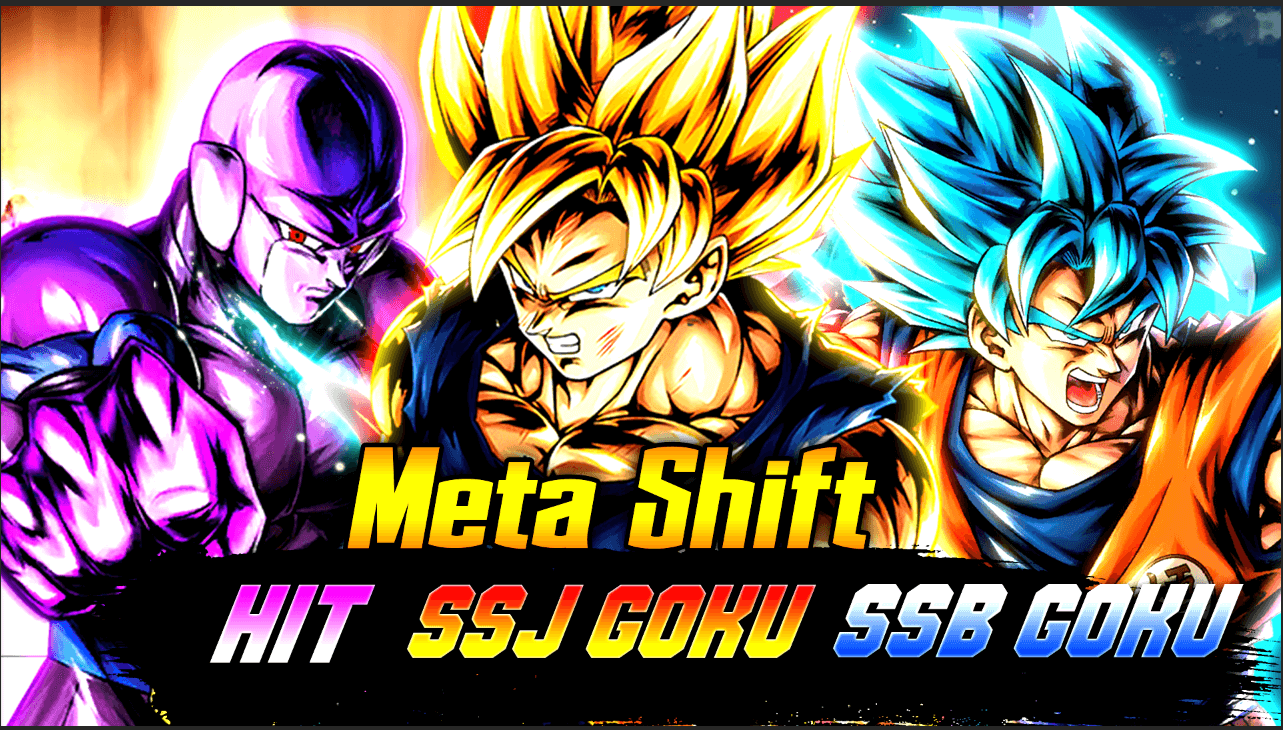 The last update has been a pretty big one Fighters wise, featuring a new Banner ( the 2nd after the Universe 6 vs 7 one ) representing Hit & SSB Goku, and even a F2P Fighter having a new rarity: ULTRA SSJ Goku.

While in the first few days of the update UL SSJ Goku RED was the most hyped one out of the bunch for obvious reasons, overall grinding restrictions made him much more limited than the community expected, which means we’ll only be able to witness his ceiling a month or so from now. However, he’s still usable even at this point, and for that reason he’ll be evaluated at 2* in this analysis.

Hit and SSB Goku are featured in the new All Star Banner, a system that has been pretty successful so far both for the very advantageous mechanics it can benefit from gacha wise, and for the power level of the All Star Fighters released, which arguably made it even better than the current Step Up system.

Rival Universe has been a quite successful experiment in Dragon Ball Legends ever since the Universe 11 Fighters got released. In fact, the Team is pretty unique in the sense it lacks both overpowered Zenkai Fighters, and frightening Transforming Fighters, but it has constantly been able to compete in PvP for months thanks to its stellar internal synergy.

SP Hit PUR happens to be a perfect release for the Team, since SP Lavender PUR is maybe the worst out of the Rival Universe Fighters released since last September. The new variant of the Universe 6’s Assassin has a toolkit that reminisces the old SP Hit YEL’s, as his Burst potential is just unbelievably high. Primarily, his first Special Move of the Game is actually mind boggling, Hit took a page from Movie SP Vegeta BLU’s book here, as he’s capable to OHK most Fighters with color advantage, and still deal tremendous Damage to neutral colors, and even against disadvantageous colors at times.

Other than that, Hit is just an impeccable representation of peerless Offense for the whole Fight, as he gets various new Buffs every time he switches in or Vanishes an attack. However, his most essential tool is undoubtedly his Extra Move, as it provides much needed Arts Draw Speed and Critical. Combine all of that with Anti Damage Reduction plus Anti Endurance, and you get a mix of spectacular Abilities that arguably make Hit a Z Tier Fighter Offensively. Sadly, just like the older one, this new Hit has quite bad durability as well, which is a clear weakness. Despite that, he’s still a very important Fighter for the Team.

The internal synergy of the Team remains perfect, as Vados pairs up really well with the new addition as she’s a terrific Offensive Support. Now that the Build also has a perfect color wheel, it’s tough to find any substantial weakness for Rival Universe.

Long story short, the new SP SSB Goku BLU’s color decision is one of the worst in the history of the Game, and God Ki is only part of the reason. Z7 SP SSB Goku BLU, has been a staple for the Team since his Zenkai, as he provides a balance of Offensive and Defensive contribution only few Fighters can match in the Game. The new Goku is probably better than him Defensively, as Revival is an unstoppable Ability that really comes in handy in a myriad of situations, but Offensively he’s just not even close.

It’s a waste as he’s a pretty good Fighter, and he would’ve made the Team considerably better if he were Red ( the last Red Fighter that Buffs God KI, namely SP SSR Goku Black RED, has been released 1 year and a half ago! ), but sadly God Ki will have to wait a bit longer to get a much needed great new addition.

The second Tag SSB Goku Buffs is Saiyan, and here the competition for him is somehow even fiercer than on God Ki, as the Team can benefit from various Blue powerhouses such as Z7 SP Angry Goku BLU, and Z7 SP SSJ Bardock BLU, so it’s almost needless to say he has no chance of ever being optimal here.

The situation for UL SSJ Goku RED is pretty similar at the moment: he’s a decent Fighter at 2*, and Bardock surely helps him a lot, but Z7 SP Super Gogeta RED is just straight up much superior thanks to his vastly higher Damage Output, and considerably better Ki Management. A better question would be, how does 14* SSJ Goku compare to Gogeta? Looking at the kits and the stats, Gogeta seems a bit more consistent and reliable even in that case, mainly thanks to his Arts Draw Speed, but it’ll definitely be much more arguable than now, and that’s pretty great for a F2P Fighter all things considered.

Only if you main Rival Universe. SP HIt PUR is pretty much a must have for the Team, especially as there are really obnoxious Green Fighters in the Meta right now ( SP Super #17 GRN, SP Majin Buu: Good GRN ), so if you care about RU, definitely try to pull him at least once and buy the All Star Missions.