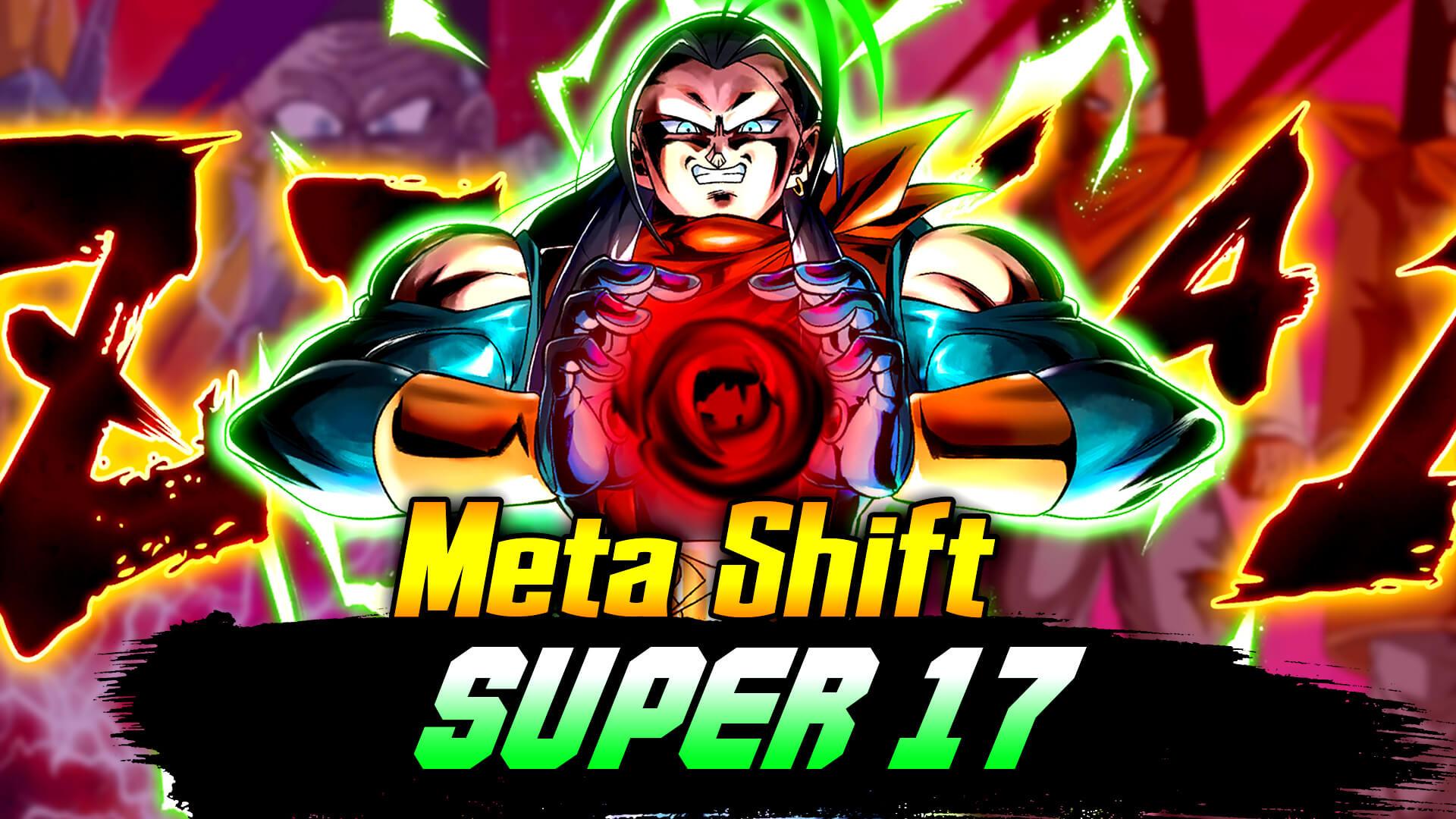 Aaah Dragon Ball Legends, it’s wonderful when the best Teams in the game become even better, isn’t that right?

SP Super #17 GRN Zenkai, however, is an interesting release because he doesn’t just affect Androids, one of the most insufferable Teams ever, but also Teams that were in dire need of new Fighters like GT and Fusion Warriors.

Let’s see how good he is, also considering that recently Zenkais have clearly (finally) been toned down by the developers compared to older ones.

Of course, his main Team is his strongest one. Android didn’t really need any addition considering it had S/Z Tier characters of every color other than Purple, but here we are.

First how all, how does Super #17 compare to SP Android #21 GRN practically? In short, they are opposites: #17 is a really good Defensive Fighter with interesting Offensive upside, while #21 is a great Blast Based Damage dealer with useful Defensive tools ( her Cover Effects ). However, this doesn’t necessarily mean they’re equivalent at their respective roles, and that the choice between them comes down to preference.

It’s worth saying that at times you don’t even have to choose, as you can use together in a Green Color Counter Build alongside #18, since they can both stay on the Team at the same time thanks to their great Z-Abilities.

Overall, #17 is a great addition to the Team, as he makes Androids even better than they were before.

It should be obvious, but #17 now is by far the best Fighter on the Team, which is both good and bad. It’s good because he’s going to be a good basis to Build a great GT in the Future, since his Z-Ability is incredibly good too, but it’s bad because at the moment the Team remains pretty bad. Why is that? Well, having a Defensive Fighter as your ace isn’t really ideal, as usually these types of Fighters are meant to make the life easier for glass cannons, and while GT has some glass Fighters, it definitely has no cannons.

So, as of right now #17 is stuck on a Team full of tier 3 Fighters, hoping for the best.

As weird as it might sound, #17 has fierce competition on Fusion despite the Team being pretty mediocre at this point in time. This is mainly due to the fact that Fusion’s Deck is mainly Strike Based, so #17’s decent Offensive ceiling isn’t really achievable here, which makes him much worse than a Fighter like Kefla at dealing Damage. There is also SP Gotenks GRN Z7 which is a balanced pick for the Team, as he has good Tankiness and pretty good Offensive capabilities. In this context, however, #17 is still a good choice, as his durability is just spectacular and exactly what the Team needs.

However, it’s worth mentioning that his Extra Move-draw Effects might feel obnoxious on this Team if he’s used alongside Super Gogeta Z7 and SSB Gogeta, as both of them have Counter Extra Moves which aren’t easy at all to pull off.

All in all, it really comes down to preference here, which also means Fusion doesn’t really improve much compared to the past, sadly.

Since GT is not a great Team yet. and Fusion is not an ideal fit for Super #17 , it’s only worth to pull for his Zenkai if you want to strengthen your Android Team. If you already have SP Android #21 GRN it’s not a must, however it would still improve the Team.