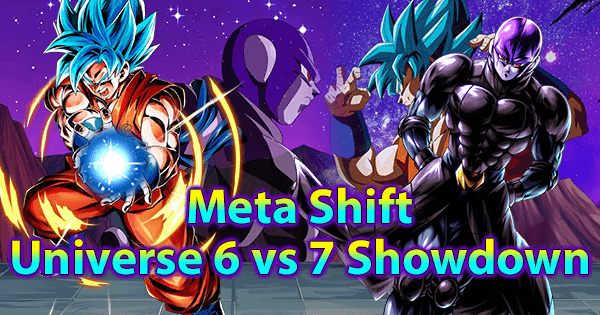 Finally, the “Universe 6 vs Universe 7 Tournament”’s decisive battle is taking place, featuring the best Fighter of each Team, respectively Hit and Goku. This long-awaited moment comes in the game, highlighted by Legends Rising vol. 9. The two Fighters have toolkits that faithfully represent their canonical abilities.

On another note, “Legends Road - Fused with Kami” was also released this week, featuring a new Piccolo that has a rather interesting toolkit. 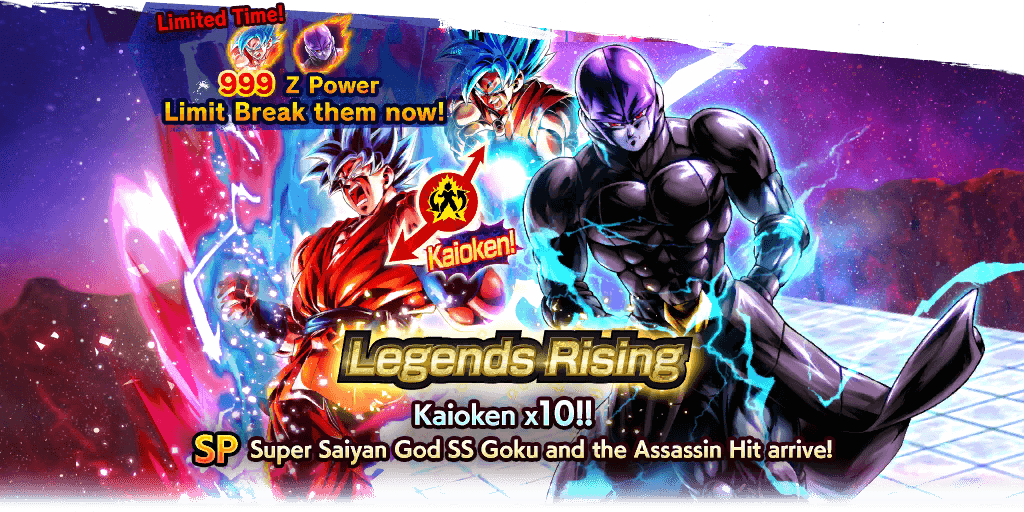 When the Banner got previewed yesterday, the general thought was that the new SP SSB Kaioken Goku YEL would’ve been a game-changer for God Ki. The Tag was both in need of a new good Yellow Fighter, and of someone that could Effectively carry the Team through an adverse Meta.

The new SP SSB Kaioken Goku YEL only fills one and a half of those requirements. His Unique Abilities’ Damage Boost are a bit mediocre for the current Meta, both in his Base and his Transformed state. Overall, with the Kaioken active he’ll be able to inflict great Damage, also thanks to his Extra Move, and he also becomes a decent Tank. However, it only lasts 30 timer counts, and the Buffs don’t feel high enough to justify that, especially if compared to other Transforming Fighters. To top it off, once his transformation elapses he suffers some serious Ki Cost drawbacks.

Overall, SP SSB Kaioken Goku YEL is a good addition, but he only feels like a piece of a puzzle that has yet to be completed  in order to compete at the very top levels.

The three new Fighters are all Yellow, but just one of them fits well in this Team, and that’s Universe 6’s assassin, SP Hit YEL. His toolkit is completely geared towards Offense, an aspect of the Game he proves to be incredibly good and consistent at. In fact, not only he gets multiple Damage Boosts after a relatively short time span, but those Buffs are also not removable -- We’ll call that the SP Super Vegito PUR insurance--.

Also, his Z-Ability is perfect for this Team, as it boosts both YEL and BLU. He has some problems, as he’s not durable at all and he has poor equip diversity, however Yellow Color Counter will be a good Team in the current meta thanks to the shortage of great Red Fighters.

Of all the things Regeneration could’ve gotten, SP Kami Piccolo YEL wasn’t the most coveted. Sure, he’s a great Support, but him being Yellow puts him in a competition with SP Perfect Cell YEL, one he can’t win, since his struggles to be useful on the field poses a great problem.

Legends Rising Vol.9 isn’t as great as it was expected to be. The new Fighters are good, but they’re not as impactful as their hype implied them to be. To put it in comparison, this release feels weaker than some of the latest USTS Banners, which speaks volumes considering how good Legends Rising Banners generally are. Unless you really like these Fighters canonically, the advice here is to not pull.