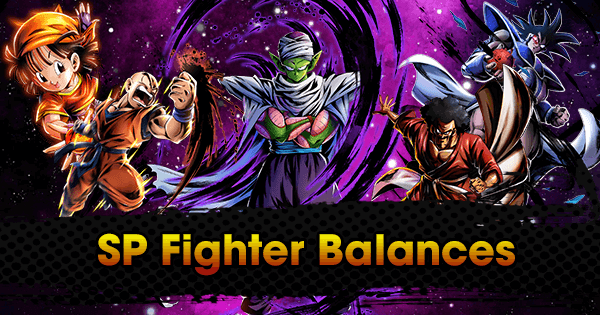 SP Turles PUR is now a solid Fighter who will find his place in some Purple color counter Teams, especially because he’s a Sagas Warrior and Synergizes with SP SSJ Broly PUR.

SP Piccolo GRN is once again a Defensive Beast. Considering that many have him with many stars, he’ll be a force to be reckoned with as he’ll be capable of dealing decent Damage as well. He’s now a very viable option for both Green color counter and Regeneration, although the latter’s place in the Meta is still difficult to define.

The only Team you can build around him is a Blue color counter, which is a decent option considering he has heavyweights like SP Kaioken Goku BLU and SP SSJ Broly PUR as possible Teammates. He can be a good Support for this Team, considering that he holds two Strike Arts Cards, does some good Healing, and can provide Damage Buffs.

She will definitely see some use in Female Warrior Teams. Her overall toolkit makes her a good Support Fighter who can hold her own Offensively, which could lead some Players to replace SP Youth Bulma BLU with her depending on what they need. She could also be used in other Teams like Blue color counter since her Damage Buff applies to every other Fighter.

He remains basically unusable due to his terrible stats, which is disappointing since competitive stats could’ve made him decent for some niche Team Builds.

Team request
@1234abcd wrote: Greetings! I am in need of a team which…
Which one is it
@1234abcd wrote: Hi! Can anybody tell me which character…
I need help to make a good regen team, god ki ki team or super saiyan team
@Mazin_04 wrote: I don"t know how to put photos, i put a…
GRN SSGSS Vegeta vs Super Vegito
@Vinayak wrote: Me and my friends have been debating over…
Need help with creating a team
@zjl00 wrote: image1242×2688 1.05 MB …
Read More