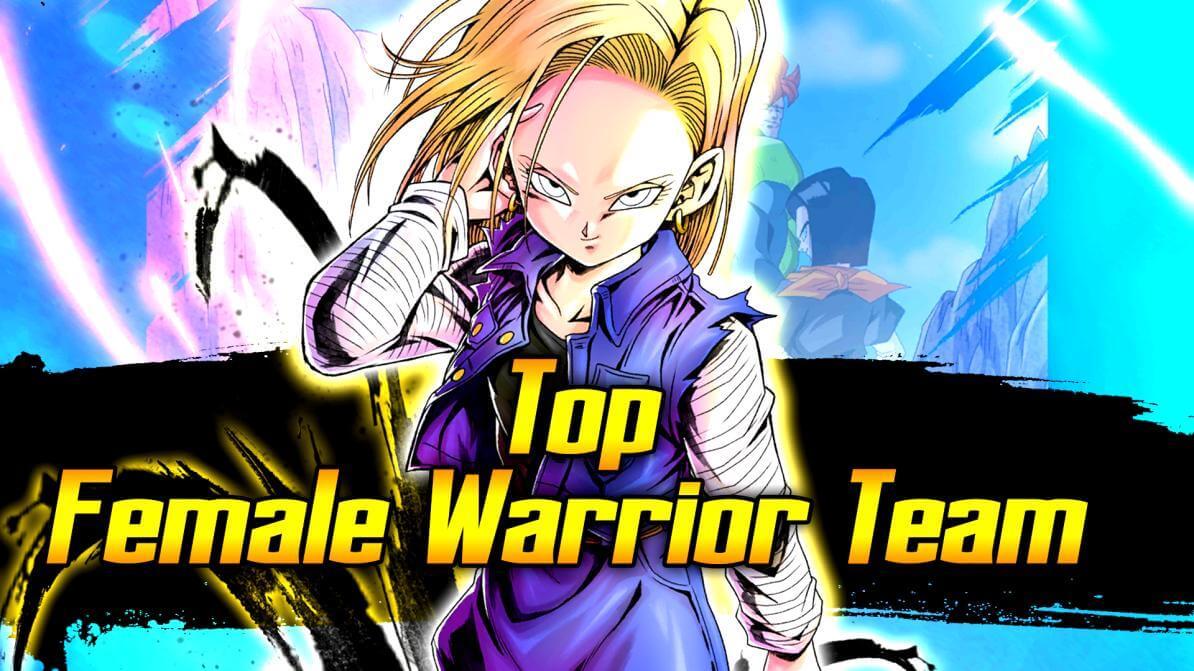 Female Warriors are explosive as ever, this Build is heavily focused on Offense.

There is only one purpose here: finish the Fight as soon as possible guided by your rampaging ladies, or face the consequences. In fact, while Female Warrior probably is one of the most impressive Offensive Teams right off the bat, it's not on par with other Top Meta Teams when it comes to late-Game sustainability, as its lack of dedicated Defensive options makes the Team as a whole more vulnerable.

Android #18 is by far the strongest Fighter on the Team, but SP Android #21 BLU and SP Vados GRN are amazing Supports that make things much easier for any of their allies. Ideally, you'd want to use both with #18 as the latter is arguably the best Offensive Fighter in the Game on her own already, thanks to her limitless Damage Buffs and her annoying capability to stretch Combos. All of this means that when she's backed by Supportive Effects, she just becomes unstoppable even against Red Fighters.

Kefla, and especially Caulifla, are options that can come in handy in some specific Matchups, replacing one of the Supports on the Team. Caulifla is generally more useful because you can use her to directly counter SP SSJ3 Goku GRN thanks to her Anti-Saiyan Buffs. Against non Saiyan Teams, she's not recommended. Kefla is not as limited Unique Abilities wise, but there aren't many matchups where using her is better than using two Supports + #18 (generally it's not bad to use her against other Female Warriors Teams or Androids, in general Teams with #18 ).

Using SP Android #21 GRN instead of Vados is also a solid option, as she comes with a dynamic Offensive toolkit and solid utility.

Overall, Female Warriors' supreme Offense makes it a Team you'd not want to face in PvP.

She can inflict pretty high Damage in spurts, but lack of Ki Recovery or Arts Draw Speed make her Buffs stacking capabilities limited, despite her Extra Move. She's still a solid alternative, and arguably Core at Red Stars.

She's not anywhere near her prime anymore, but good Offensive Buffs and fantastic Sub Count mechanics after her Transformation still make her a solid replacement for the Team.

Solid Blast Damage dealer whose Buffs can become pretty high. Her utility is also great, as she can destroy 3 of the opponents' Dragon Balls through Main Ability, her Arts Draw Speed is great, and her Extra Move provides her either of a free switch or a Vanish regain depending on how many Teammates are still alive. However, keep in mind her Z-Ability doesn't Buff Female Warriors.