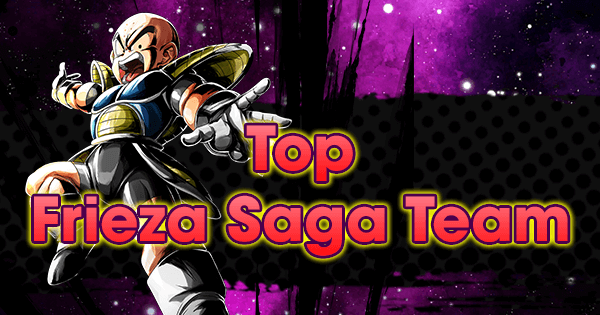 To begin with, it’s fair to say that normally this Team isn’t that good due to its poor synergy. In fact, its EX Fighters need to be at 5* to make their Z-Abilities really impactful for the Frieza Saga Tag, and that’s just unrealistic to expect at this point in time. However, considering the best case scenario, this Team is quite impressive.

The sole fact of being able to pair SP Angry Goku BLU and SP FF FP Frieza YEL together is quite terrifying by itself. These Fighters have taken the Meta by storm ever since their release date, but they’ve never had a chance to make an alliance. The release of the three Fighters listed on the current bench made it possible, thanks to their fantastic Z-Abilities.

The Teams works like this: Either EX Nail PUR  or SP FF FP Frieza YEL start the Match since they have Damage Buffs active right off the bat, which is important to try to take control early. Then the Team improves in mid-game, once the Fighters’ Z-Abilities load up. Since the Team lacks durability Z-Ability wise, it’s essential to use SP FF FP Frieza YEL’s Cover wisely, and it’s also good to let EX Nail PUR use Extra Moves in order to keep Health Bars stable.

Of course, the best possible outcome is to have SP Angry Goku BLU alive at last with EX Nail PUR’s defeated Buffs.

Overall, a very solid Team that is hard to make at the moment, due to the EX Fighters’ paywall.

This Fighter has a great Supportive toolkit and his Defeated Unique Ability particularly strengthens SP Angry Goku BLU. He’d be a Core Fighter if it wasn’t for his awful Damage output.

He has a rather unique toolkit, having crazy Damage potential in spurts. Overall, his concept is nice, but he needs to be used very skillfully in order for him to impact the Match decisively.

His Damage received Debuff to the enemy and his Dragon Ball-stealing Main Ability are two great Effects, but his durability is very low. Still, he’s a decent Red option.