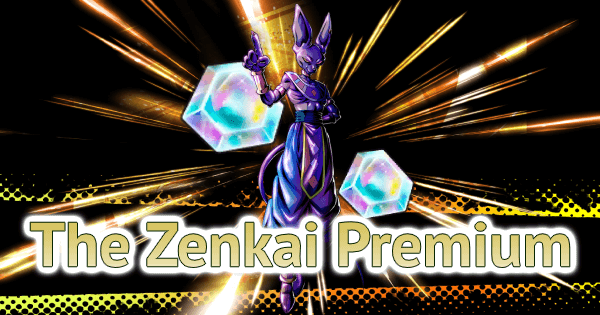 Power creep. As ugly as it is, it is unavoidable within any game that regularly releases new content, and Dragon Ball Legends is not immune. Power begats counters, and counters seed power in an endlessly upward spiral of new Fighters stepping over each other for the top spot. Developers must understand that power creep is the unfortunate side effect if new hype are to be given the potency that they deserve, or even to counter seemingly benign content that later became more powerful in the Meta than initially anticipated. The true touch of a professional developer is how they control the flow of power creep. Sometimes it’s ok to let a new Fighter run the Meta if their counter is just around the corner, or to let a game stagnate for just a little bit to see how an environment shifts and settles.

Eventually, old Fighters will have to be brought up to current standards if the Game is to remain a diverse and fair environment. This used to be handled through the fair and simple system of Character Balance Updates. They simply raised the stats and expanded Abilities of old Fighters to bring some of the veterans up to the current standard, allowing everyone --”Free To Play” and “Pay To Win” players alike -- to play with some of their old favorites again. This isn’t the case anymore, as Character Balance Updates have been replaced with Zenkai Awakenings.

Zenkai Awakenings allow select Fighters to not only see the light of the battlefield again, but become the clear MVP of any Team they might happen to find themselves on. Not only are their base stats raised to hilariously high levels, their Z-Abilities giving a hefty Buff to nearly every stat, but also their kits come with new, devastating, and numerous Abilities. In fact, every Zenkai Awakened Fighter would easily find themselves in Z Tier on our Sparking Tier List. Some of the oldest and even the most disappointing Fighters can walk across the battlefield like Super Saiyan Gods among men. This does not come without a price though, and a polarizing price at that.

To breach the level of Zenkai Awakening, a Fighter must first be Limit Broken to at least 7 Stars, a lofty goal for most players as this can cost a lot of real world money, especially in the case of the Legends Limited SP God Of Destruction Beerus GRN. This does not immediately Zenkai Awaken that Fighter, but merely unlocks a new set of Missions and a Summon Banner to obtain Awakened Z Souls, of which the player must collect 1000 to Awaken said Fighter to Zenkai Level 1. With 70 Awakened Z Souls available at a rate of 1%, and much lower amounts of Z Souls at higher rates, this will take some time at 300 Chrono Crystals per Multi-Summon.

The Missions are not much better, handing out Z-Souls for such lofty goals as raising a Fighter’s Friendship Level to 10, which is a grind in itself as Friendship Points are offered at a trickle on every Stage beyond the once-a-day Let’s Fight! Event. In short, this is a level reserved for only the most determined or the most financially dedicated of players. As this is the case, we at Gamepress have held off on representing Zenkai Awakened Fighters on our Tier Lists, as only a small percentage of players have access to these levels and are therefore not representative of the Meta as a whole, and are unlikely to be until this system is fixed.

Is It Worth It?

When it’s all added up, it would take between 20,000 and 25,000 Chrono Crystals to max Zenkai Awaken a Fighter. That is 20,000 Chrono Crystals grinded, bought, and dumped into one Fighter. As impressive as that one Fighter could become, it simply does not seem worth it to focus all of those precious resources into one, singular Fighter, especially when you consider that 20,000 Chrono Crystals spent on the newest banner will most likely secure you the latest and most powerful Team at a respectable Star Level. This is especially true for high value Banners like the Anniversary or the Sagas Warriors UST, each of which have provided Fighters whose value have lasted over several updates. If you have the resources, and are so inclined, a Zenkai Awakened Fighter is a fun addition to their respective Tags that are unlikely to be powercrept in any kind of foreseeable timeline, but it just simply does not seem worth it at this point in time.