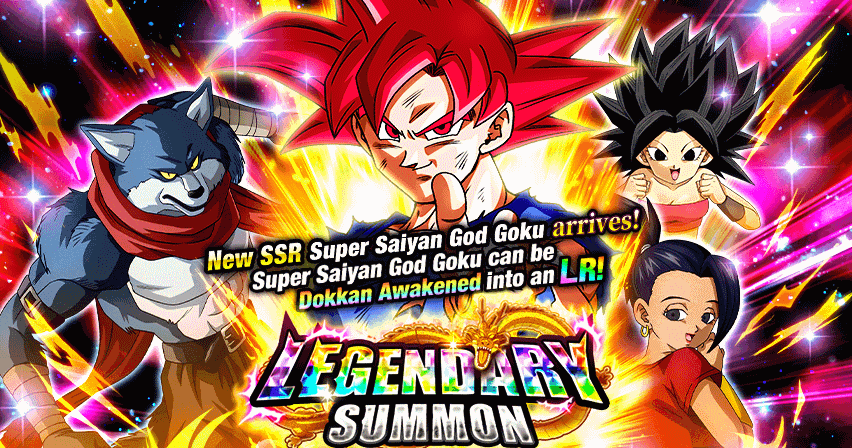 This post is meant to aid players to make a decision on whether it’s worth pulling on the new banner or not. There’s no correct answer as it all depends on how many Dragon Stones a player is willing to spend and which Cards each player has in their box, which is why we won’t be making any decisive statements on this banner value.

LR Ultra Instinct Goku is a global first LR that goes straight to the top of the meta in Dokkan. Goku has insanely high stats, a vast selection of Teams, and a unique capability of performing great in all game modes that he is allowed to enter.

UI Goku is featured in 6 different categories, being a sub leader for Realm of Gods with a +3 Ki and +130% Buffs to ATK, DEF and HP. As a leader in this category, Goku performs fine but not amazing. He can also lead Super STR types giving a modest +4 Ki, +100% ATK, DEF, and HP, which won’t be enough for harder content. Generally speaking, Legendary Summon banners are not where you go looking for potent Leader Skills.

The three main categories for UI Goku are Realm of Gods, Representatives of U7, and Universe Survival Saga, due to having a few Dragon Ball Super related Link Skills. He pairs great with other versions of Goku and Vegeta, while working fine alongside other Tournament of Power Cards like Android 17, Android 18 or Jiren. The truth is as long as you’re giving him double Leader Skill Buffs, you don’t need to worry about any external support as Goku will do all the work by himself.

UI Gokus other categories are Kamehameha, Pure Saiyans and Goku’s Family, and while he’s not made for these three Teams, they are so vast and powerful and Goku is so independent that it really doesn’t matter, you can include him anywhere and he’ll be the MvP.

Goku is both viable and meta in all relevant game modes of Dokkan Battle. The exceptions are EZBs where he doesn’t get any bonuses, events where he is restricted, and one turn events like Dokkan Punch Machine. UI Goku is currently one of the most versatile cards in the game

This is a list of some Cards that work well with the new hype:

This Goku has a powerful Leader Skill and doubles as a great partner. He’s also featured in every Team LR UI Goku is in, so it’s easy to pair them together.

A second suboptimal option for Universe Survival Saga. Not nearly as great as the SSB Goku, but offer the stats and Ki required to make LR UI Goku work.

This Card has been hitting top Damage numbers in Dokkan for years, and together with LR UI Goku they’ll make Universe Survival Saga Teams one of the scariest in Dokkan Battle once again. You’ll probably not be pairing them together, as Goku & Frieza need some support to do their max Damage, but in the turns they happen to be in rotation, they’ll both share an amazing +6 Ki and +15% ATK.

They can also be the Leaders of Representatives of Universe 7.

This is currently the best Leader Skill in Global for Realm of Gods. Outside of the powerful Leader Skill, he won’t offer a lot to UI Goku, but the Team will work regardless.

Leader of Pure Saiyans, he also shares a few links with LR UI Goku, specially in his final two forms.

This Vegeta is another Leader for Pure Saiyans. His Buff is DEF oriented, offering 170% HP and DEF while only giving 130% ATK, which makes him usually not as great as other leaders, but it works. This Vegeta also shares +5 Ki and +15% ATK with UI Goku, making him a decent partner choice.

Another main Leader for Goku’s Family and another amazing LR.

Main Leader of Kamehameha and also a very strong LR.

A new PHY Beerus will be coming up to global very soon, and he will be a main leader for Realm of Gods. He also won’t be offering a lot to LR UI Goku, but being a very powerful Super Class that can change Ki Spheres to Rainbow make him slightly better compared to Zamasu.

This banner features 11 other regular SSRs from the Tournament of Power. While most of these Cards are outdated, there are some exceptions.

Bergamo is a very powerful Extreme Card that takes a few turns to fully stack his Buffs.

While Toppo isn’t powerful on his own, he’s a versatile support that can be included in most Teams. Overall a decent investment for players that don’t have a lot of options.

Hiding behind the sparkly smile is one of the most overpowered tanks in Dokkan Battle. Caulifla has the very unique capacity to completely avoid all damage from “Universal Survival Saga” and “Pure Saiyans” enemies. The vast selection of characters that apply to this effect means she’s able to completely trivialize some fights.

At this point in time, a lot of players will have this Card, and while she’s fairly old, Kefla can still hold her own in most game modes. She’s also a decent leader for Potara, and getting good leaders for multiple categories is a great idea for newer players.

Global Dokkan has been shifting banners around and introducing new Cards a lot lately, so nothing here is set in stone, but there are two Dokkanfests that might be coming soon and could be of interest for some Dragon Stone hoarding:

PHY Beerus will be coming soon in a Dokkanfest, he’s a very powerful and independent TUR that can work well in multiple teams and his performance is on a similar level to STR Cooler, he will be a meta leader for Realm of Gods and a new category. His banner will also feature a new STR Whis that pairs up very well with him.

There is also a Dual Dokkanfest with TEQ LR Vegito and STR LR Gogeta coming up, but there’s no way to know when. These two will be on a similar level to LR STR UI Goku, but more offensive oriented, and since they were an anniversary banner in JP, it’s bound to be filled with a lot of incredible Dokkanfest TURs in their banners. There are people saving up Dragon Stones for these two for months, and for a good reason.