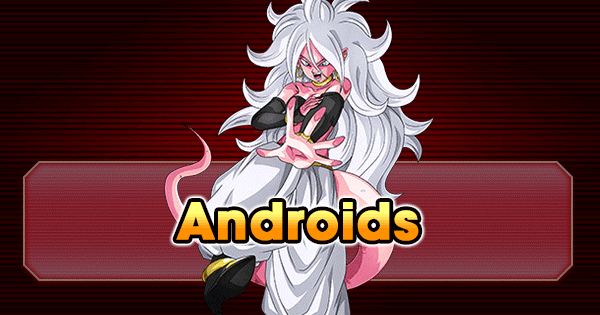 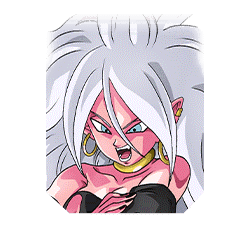 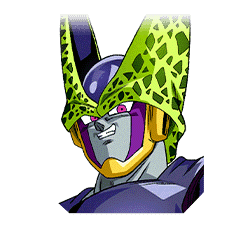 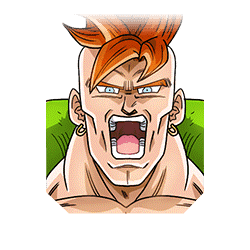 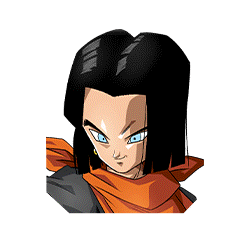 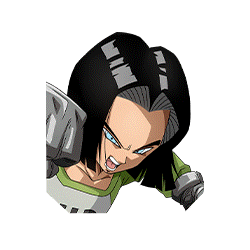 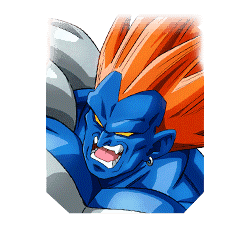 UR Good Versus Evil - Android #21 (Transformed, Good) S.INT, for the time being, is the Free To Play Androids Category leader. Android 21’s can prove useful with the ability to recover 7% HP with successful Super ATKs. Likewise, Android 21’s Link Skill “Metamorphosis” increases HP recovery by 5% if activated. Lastly, Android 21’s Passive Skill gives other Androids +2 Ki and a Buff of 30% to ATK and DEF.

UR Resurrection for Retaliation - Cell (Perfect Form) (GT) E.PHY is the Team sealer thanks to his Super ATK sealing Enemy Super ATK on top of dealing supreme Damage. Another benefit of Cell is his Passive Skill that provides Extreme Class Allies +2 Ki, plus an additional 25% Buff to ATK and DEF. On top of Buffing the Team Cell’s Passive Skill also recovers 7% HP at the start of the turn making it easier to manage Health.

UR Terrestrial Flash - Android #16 E.INT may not be the hardest hitter on the Team, but he can prove to be useful as a Tank. Android #16 shines when up against TEQ Enemies where his Passive Skill has a chance to activate and reduce Damage received by 55%.

UR Fused Techniques - Hell Fighter #17 E.AGL has a Super ATK that lowers Enemy ATK by 10%, which is a small Debuff but can be clutch in certain situations. However, what makes Hell Fighter #17 stand out is his Passive Skill which gives him a 50% chance to evade Enemy attacks, including Super ATKs. If players invest in Hidden Potential Orbs for evasion, Hell Fighter #17 can become a great Card to dodge intimidating Enemies.

UR Warrior's Duty - Android #17 S.INT comes with a Super ATK that Debuffs Enemy ATK by 20% for three turns, and a Passive Skill that increases #17’s ATK by 10% per Ki Sphere obtained. On top of a decent Debuff and ATK bonus, he gets 50% to seal an attacked Enemies Super ATK for 2 turns any time he uses a Super ATK against them.

UR Tragedy Born From Power - Fusion Android #13 E.TEQ, infamous for a tedious grind, is the Team’s heavy hitter. With a Super ATK that lowers Enemy DEF by 40% for 3 turns and a Passive Skill that gives him +4 Ki and +70% ATK when Ki is 8 or more, Android #13 can land some solid punches. Although the Passive Skill Buff being restricted behind Ki is not ideal, Ki should not be an issue when running this Android #13 in an Androids Category Team thanks to various support Cards and numerous Ki Link Skills.

UR Furious Assault - Android #18 S.STR is a F2P replacement with a Super ATK that Buffs Super Class Ally ATK by 30% for one turn, and a Passive Skill that raises her own ATK and DEF by 70% for 3 turns upon being attacked.

UR Love Warrior of Universe 7 - Android #18 S.AGL has a Super ATK that can Debuff Enemy ATK by 20% for 3 turns, and a Passive Skill that increases DEF by 10% per Ki Sphere obtained. What makes Android 18 a great alternate member as her Passive Skill’s also has a medium chance to stun an attacked Enemy for 2 turns.

LR Limitless Energy - Androids #17 & #18 E.AGL may have some outdated stats and flat Passive Skill Boost, but with right Team #17 and #18 can still hit pretty hard. Obtaining Ki for this Card should not be too difficult given the numerous Links #17 and #18 share with other Androids Category Allies. The only caveat is that they cannot be used for certain events due to Card restrictions like Prime Battles.

While players can choose to run the core F2P Androids Team in any event, they shine best in Prime Battles--especially Protector of Future Peace as the Team gets a 220% Category Drop Rate Bonus, which can make farming for the event far less tedious. While Global is behind a few great F2P Androids, for the time being, these Cards can get through with few scrapes.

What might be the biggest drawback is the availability of certain events to farm Cards if you are missing anyone on the Team (e.g. Android #21’s Event). Investing in the Hidden Potential System for some of the Cards mentioned above may not be a bad idea. Bringing a few Senzu Beans is also recommended and between the numerous seals, dodges, or stuns, this Team shouldn’t struggle often.